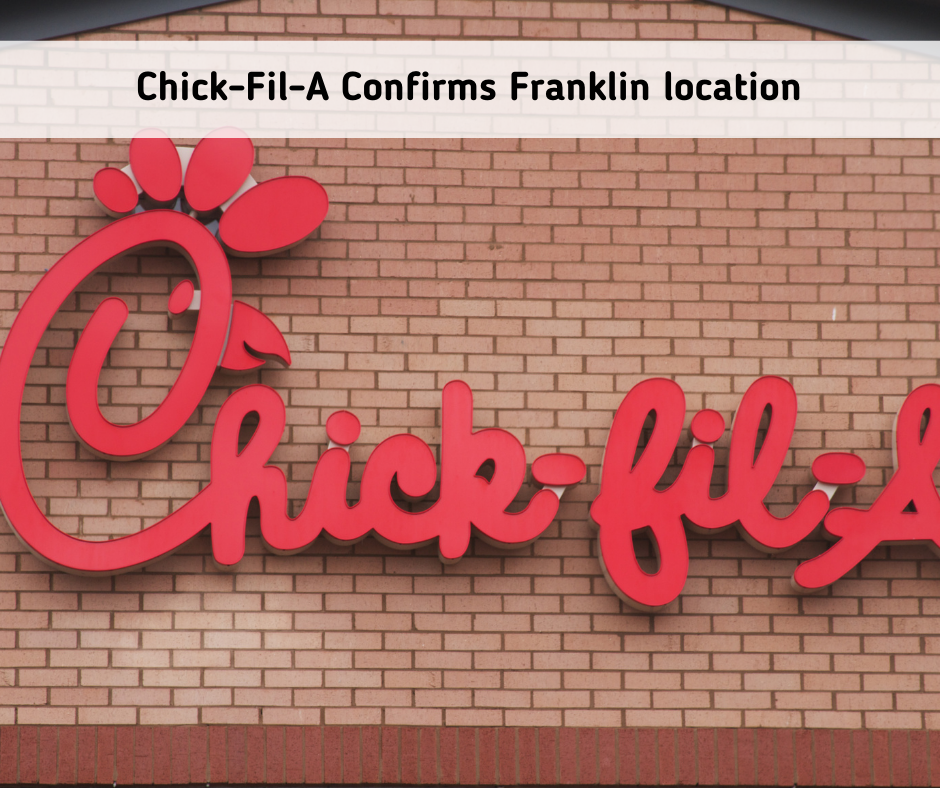 There have been rumors circulating regarding Chick-Fil-A being built in Macon County for some time now. In August of 2020, Chick-Fil-A said that at that time, the franchise did not have any current plans to open a Franklin location. After speaking with Chick-Fil-A Inc on Thursday, representatives confirmed that a location will be built in the future, however, details of a timeline or location are not currently available.

“While we are excited to be moving closer toward a Chick-fil-A restaurant in Franklin, we do not have any updates to share on timing,” according to Chick-fil-A, Inc who confirmed the future store on Thursday. “We look forward to joining the community and serving all of our guests with great food and genuine hospitality.”

Many rumors surrounding the fast-food chain claim that Chick-Fil-A is being built on the Georgia Road before the New Ingles, however, that is inaccurate. That building is the location of a full-service car wash expected to open later this Spring.

Other rumors claim that Chick-Fil-A is being built across from Captain D’s, however, at this point, that property is still listed for sale.