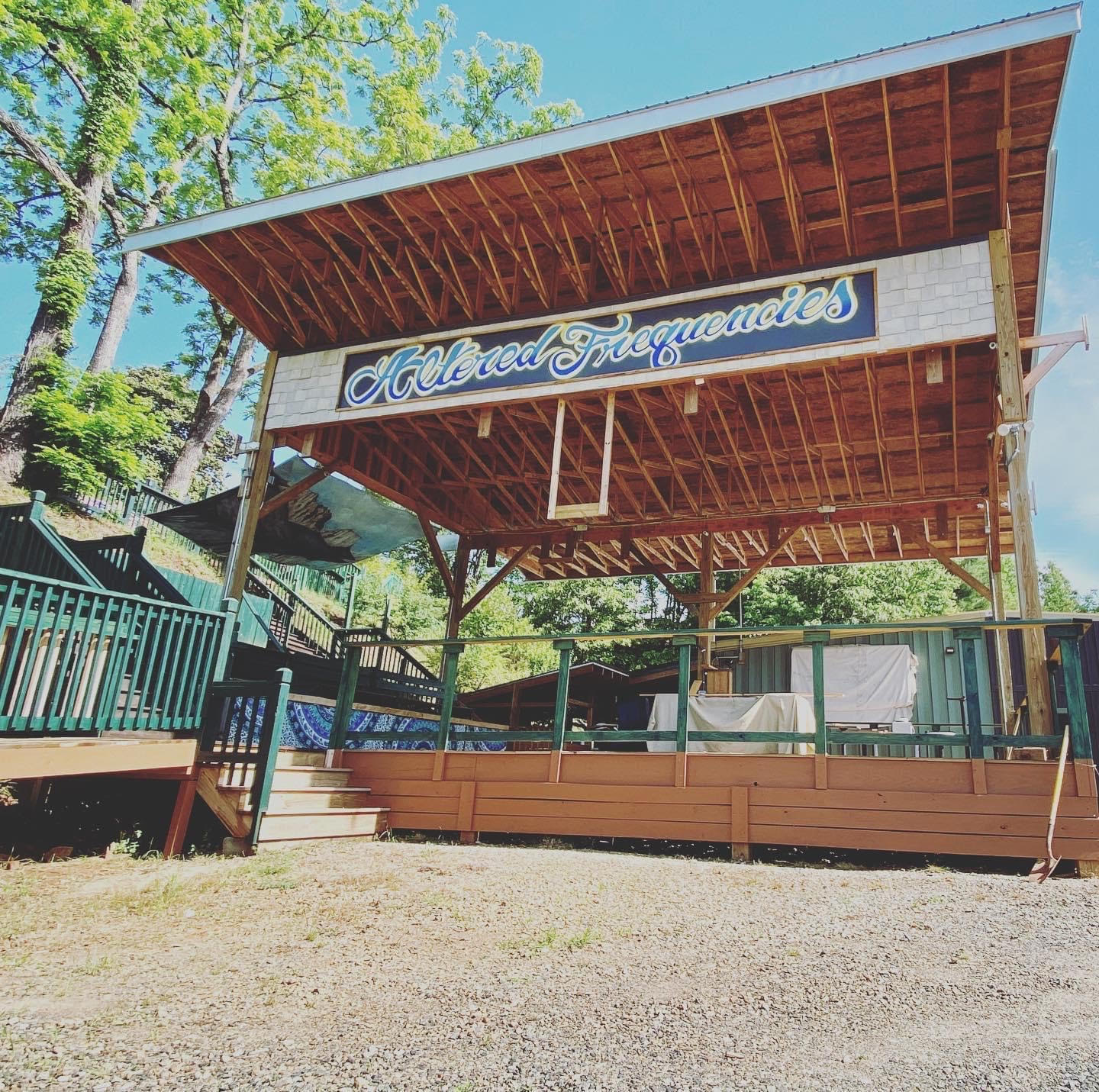 Franklin music venue hanging on despite 7 months of closure mandate

COVID19 has been hard on established businesses with decades of experience and a foundation of customers — for new businesses still getting established, the pandemic has been nearly impossible to sustain.

When Governor Roy Cooper announced an additional $40 million to help small businesses impacted by COVID19, with the funds targeted to help businesses closed the longest during the pandemic such as bars, taverns, night clubs, dance halls, Altered Frequencies in Franklin were initially hoping to finally get the help they needed to keep their doors open. However, after applying, they were rejected and informed that while they are permitted as a bar because they were a music venue, once again they would not receive any state assistance or relief for

“From the beginning, our vision was for Altered Frequencies to be an upscale music venue, a place where people could gather to enjoy live music, socialize with friends, have a drink, and a great time,” said Melissa Spencer, who runs the venue alongside Jimbo Ledford. “We hoped to give musicians of all genres, especially locals, a place to perform and feel valued.”

Before COVID 19, Altered Frequencies were booking 1-3 bands/artists per weekend and had begun establishing an open mic crowd on Wednesday nights including a monthly featured artist. The last couple of weeks before the COVID shutdown, business was looking really good and it seemed like they were finally starting to accomplish their goals. In addition to the weekly entertainment, they were in the process of planning and promoting their third Springtopia Music Festival, which was expected to take place the first weekend in April.

But then COVID19 hit – and Governor Roy Cooper ordered bars and music venues to close their doors. According to Spencer – it doesn’t matter the activity the business is providing when it comes to the state’s order to remain close – it is all about the definition of the permits for business operation.

“We have gotten little to no help from the state, in fact, certain aspects of the shutdown have been absolutely irrational and unfair,” said Spencer. “One of the biggest frustrations has been that other establishments (breweries, wineries, and restaurants) have been allowed to open and conduct essentially the same exact type of business that we would while we’ve been forced to remain closed. These other businesses are serving beer, wine, and liquor for both indoor and outdoor consumption, having live music – and without the condition of having to serve food (for breweries and wineries). They’ve been allowed to do this since May.”

So while Altered Frequencies cannot open as a music venue and bar – a brewery can operate and offer beer and wine, and also provide live entertainment.

As of Oct 2 at 5 p.m., the state’s order did allow the business to open with a very limited capacity, and operation is restricted to outdoors only. With Fall quickly approaching, it is beginning to get too cold to hold outdoor events.

“Again, while we are restricted to outdoors, other similar businesses have been allowed to operate indoors since May,” Spencer said of her frustration. “We were even told that the executive order is based on our status pre-COVID, so that even if we were to bring a food truck, serve hot dogs, or even install a full-on commercial kitchen, we wouldn’t be allowed to reopen.”

Spencer was hopeful that the funding available in the state’s MURR program would reimburse some of the business expenses during a portion of the time they’ve been shut down, but that hope ended when the state rejected their application.

Despite the interruption COVID19 has caused Altered Frequencies, Spencer said they are hopeful that they will recover fully, with the help of other business ventures.

“We are very fortunate that JimBo’s Plumbing is still operational and able to generate income,” she said. “It will take us some time to get everything back up and running again but we do hope to make a full recovery and be stronger than ever. The most difficult part of being closed was having to cancel events and the feeling that we were losing any and all progress we’d made. Despite this, we were actually able to work on venue improvements that we couldn’t find the time for previously.”

While a timeline for the future is still uncertain, Spencer said that they will continue planning for the day they are allowed to bring music back to Franklin.

“Our vision was to continue bringing in local and regional talent and establish AF as THE place in Franklin to go for live music,” said Spencer. “We strive to provide a variety of music styles so that music lovers of all kinds have a place they can call home. We’ve always planned to be able to sell food of some sort and have bounced around different ideas like getting our own food truck, having different food trucks on-site, etc. We finally settled on the idea of building a commercial kitchen on-site. We also planned to rent the venue out for private events like birthday parties, anniversaries, wedding receptions etc.”

Despite no firm timeline from the state – Spencer said Altered Frequencies is planning on a Spring reopening that is bigger and better than ever.

“Our current vision is to be ready to open back up full-time next spring with our own commercial kitchen, and the best line up imaginable—for food and music!,” she said. “We would like to thank those people and organizations in the community that have stood by us, especially in the downtime. The support has helped us hold onto the hope of becoming a valued part of this town. It was a real battle to get where we are and we were just beginning to make real progress, even to the point of being rewarded a sizable amount of funding from the TDA for our unfortunately canceled Springtopia event. A large portion of this money was returned but the feeling of finally beginning to feel accepted into the community will not be forgotten. We have also had private individuals that have continued to help us with financial and physical support in the downtime. If it wasn’t for this continued encouragement we may have lost sight of our goal and we can’t thank them all enough.”