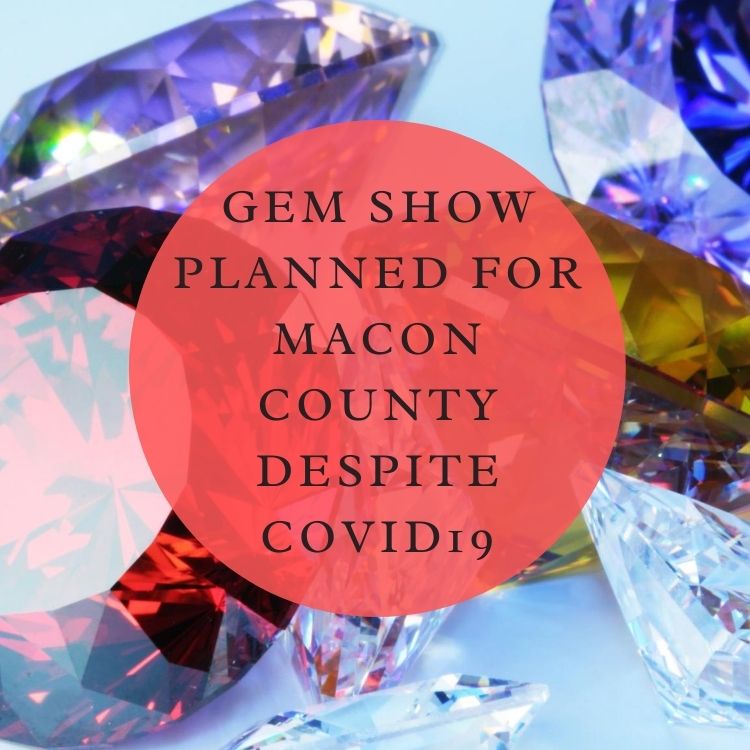 When the famed white tents started to be erected at the bottom of Cowee Mountain last week, residents became concerned about the possibility of a Gem and Mineral Show being held in the “Gem Capital of the World” amid a global pandemic.

According to Macon County Manager Derek Roland, the property, also known as Watauga Festival Grounds, is privately owned, therefore there are no restrictions the county can impose regarding a gem show being held. They do not need a permit or any other approval from the county to hold the show. The show is scheduled to begin August 6.

Macon County Fire Marshall Jimmy Teem said that his office has been in contact with the event organizers and the event will be treated the same as retail businesses as it relates to COVID19 regulations.

“This is basically considered the same as Walmart, Ingles or any other mercantile occupancy,” said Teem. “They will have to follow Executive Order 151, 12 people per 1,000 sq ft.”

According to Teem, the main tent is 40,000 square feet which means 480 people will be allowed at one time, excluding vendors. The event will also have to maintain social distancing, wear masks, and meet the same sanitizing requirements, with floor markings and signage, as other retail businesses.

The majority of cases in Macon County are in the Franklin area at 77%, with Highlands coming in second with 15% of cases.

G&LW Trade Shows is hosting the August Gem Show, which will be held August 6-9. G&LW shows are produced in many major trade centers across the United States for the convenience of wholesale buyers. For the past 43 years G&LW’s multiple show venues have been, and continue to be, a top gem & mineral buyer destination. G&LW exhibitors enjoy world class personal service and exposure to the best customers in the business.

According to the show’s website, nearly 80 exhibitors are expected to attend the show, a list that consists of both local and out of state vendors from areas such as South Carolina, New York, Florida, Illinois, New Jersey, Texas, Georgia, Colorado, and more.

The show’s website doesn’t have details as to what precautions will be taken during the event, but it does say that state regulations will be followed.