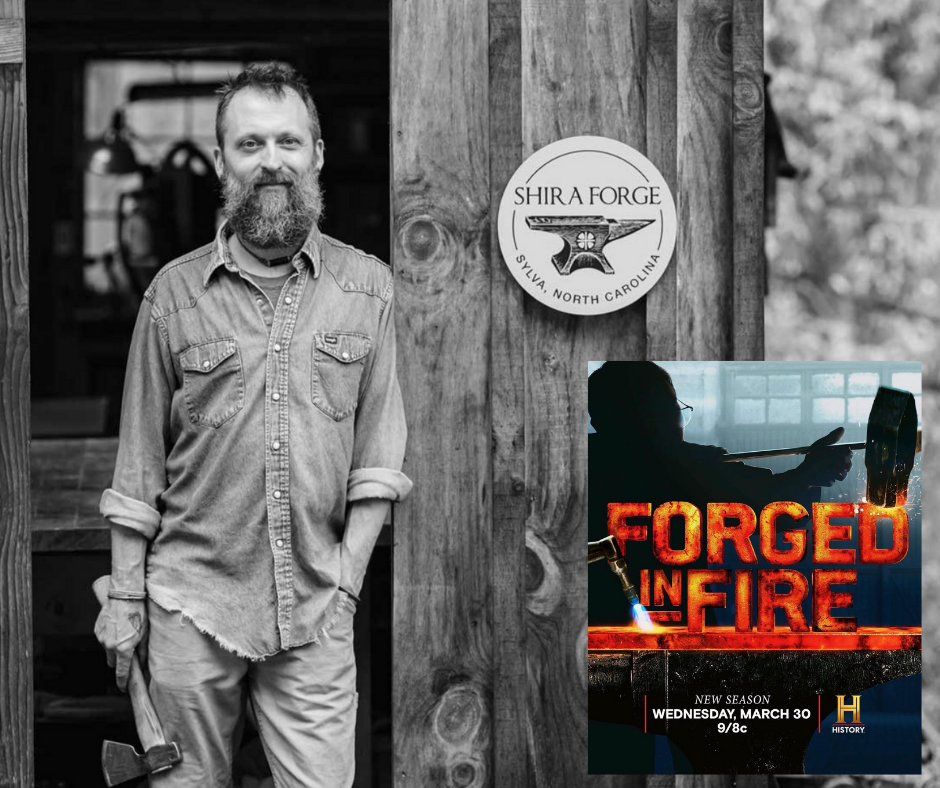 Matthew Shirey has been carving out his own path in the blacksmith world for over two decades— perfecting his craft for more than 20 years and running his own blacksmith forge since 2005. Tucked high in the ridges of Jackson County, Shira Forge is the creative product of Shirey’s lifelong interest in living history.

Shirey’s unique style is the result of studying 18th and 19th-century ironwork and cutlery combined with the lessons learned while forging all his products literally by hand.

Shirey officially launched Shira Forge as a business in 2005 and turned it into a full-time operation in 2017. Shira Forge is unique due to its variety – and consistency. At Shira Forge he forges knives, axes, and cookware. There is something for everyone. You can have a hand-forged, heirloom piece in your kitchen, kindling box, and on your belt.

The world will get a chance to watch him work tonight on at 9 p.m. on the History Channel’s “Firged in Fire” show.

“I am still captivated by my work,” he says on his website. “There is something magical about forging iron that strikes a chord deep within me. Whether I’m forging a knife, axe, or frying pan I never tire of watching the iron transform under the careful guidance of my hammer. Every day is a learning process, and I seek the lessons the iron and fire have to teach me.”

Shirey’s goal as a craftsman is to not only create beautiful objects but also to master ancient techniques and pass that knowledge on to further the craft.

“I want to know that I could stand shoulder to shoulder with a Blacksmith of 200 years ago and keep pace,” he says. “It is also important to me that I share this acquired knowledge with others and so I take every opportunity to teach that comes my way, whether it means bringing a youngster to my shop or demonstrating at craft fairs and festivals.”