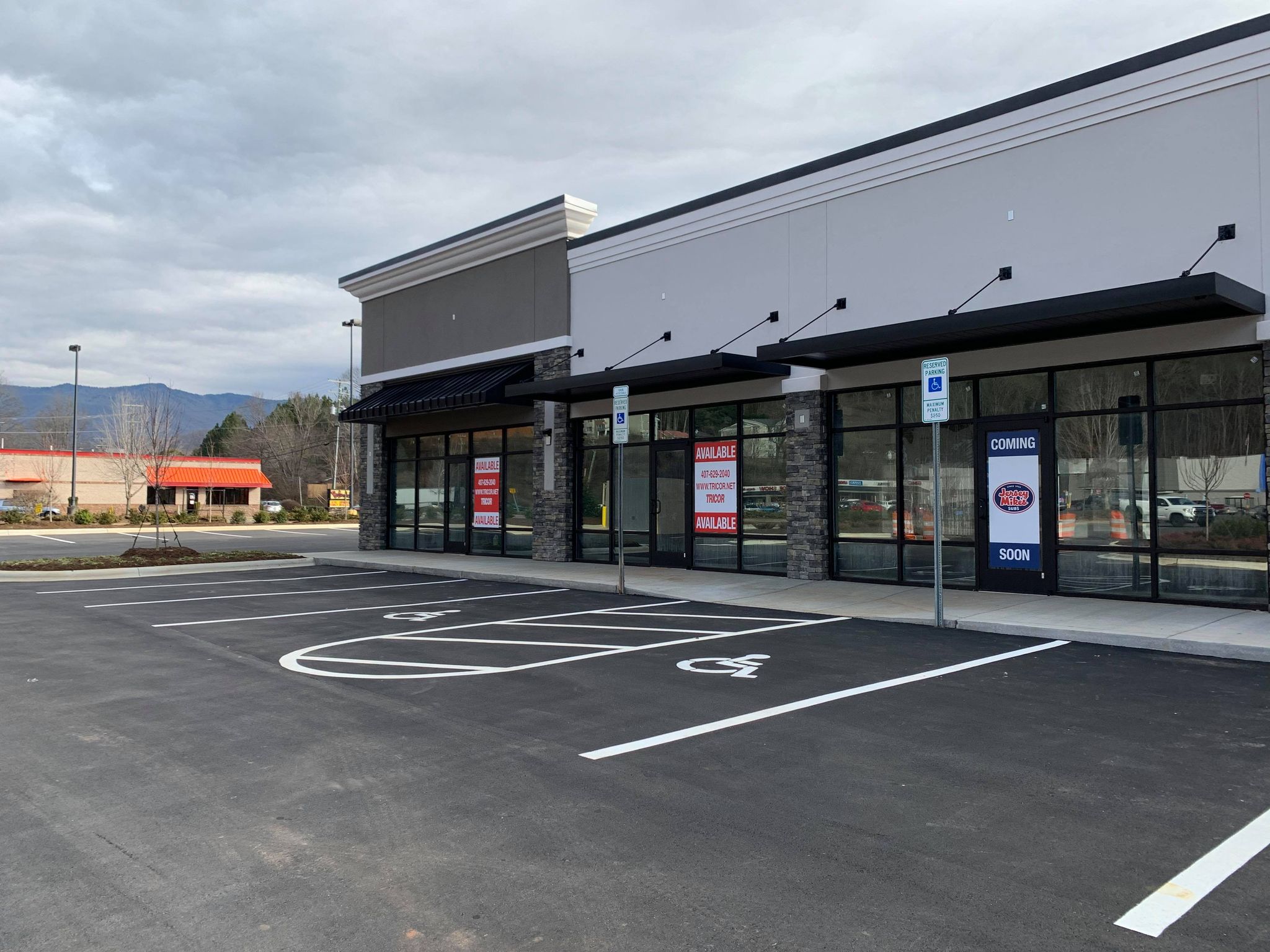 Jersey Mike’s to open in Sylva in May

After Ryan’s Restaurant was demolished in Sylva, it wasn’t long before retail shops began to be constructed. While there has been much speculation about what will be located within the retail shops, we can confirm that one of the shops will soon be occupied by the fast-casual sub sandwich franchise, Jersey Mike’s Subs.

The shopping plaza, located in front of Walmart in Sylva features a “Coming Soon” sign for the sub sandwich franchise, and according to Jersey Mike’s, the Sylva location is expected to open in late May.

The Sylva location is part of a nationwide expansion launched by the sub-franchise which currently has more than 2,500 locations open and under development nationwide. Jersey Mike’s mission explains that the restaurant believes that making a sub sandwich and making a difference can be one and the same. Jersey Mike’s offers a Sub Above, serving authentic fresh sliced/fresh grilled subs on freshly baked bread – the same recipe it started with in 1956.

The restaurant uses only premium meats and cheeses sliced on the spot and piled high on delectable bread that’s baked fresh in the restaurants throughout the day. (Udi’s gluten free bread is now available too!)

Everything is quickly made to order for each customer, just the way the first subs were made at the original Jersey Mike’s 65 years ago.

Mike’s Subs opened as a storefront location in the seaside town of Point Pleasant, N.J. in 1956. It offered unparalleled service and exceptional quality submarine sandwiches, which were a new concept at the time. Because of its location on the Jersey Shore, it grew quickly in popularity among the thousands of surf and sun-seekers from New York to Philadelphia to Washington, D.C.

By the early 1970s, Mike’s Subs was a thriving landmark famous for its lively and friendly service and its fresh, quality submarine sandwiches. In 1975, Peter Cancro, a 17-year-old high school senior who had worked for Mike’s Subs since he was 14 and loved the business, bought the operation with the help of his football coach. At the time, Peter wasn’t even old enough to legally slice a sub.

In 1987, Peter began franchising the Mike’s concept, changing the name to Jersey Mike’s Subs to capture the authenticity of the original store. Today, Peter is CEO of Jersey Mike’s Franchise Systems, Inc., headquartered in Manasquan, NJ.

“Giving…making a difference in someone’s life” has always been a guiding principle at Jersey Mike’s. It’s a philosophy that Jersey Mike’s Founder and CEO Peter Cancro has emphasized to each and every Jersey Mike’s store owner: support the community that supports you.

Since 2010, locations throughout the country have raised more than $50 million for local charities. Here are some examples:

• Each March, Jersey Mike’s celebrates its annual “Month of Giving.” The national fundraiser culminates on “Day of Giving,” the last Wednesday of March, when Jersey Mike’s franchise owners donate 100 percent of the day’s sales — not just profit — to local charities across the country. Since 2011, Jersey Mike’s and our generous customers have raised more than $32 million.

• Responding to COVID-19, Jersey Mike’s franchise owners across the country donated millions of sub sandwiches to healthcare workers, seniors, children, and others. The company also donated $4.5

• In 2020, Jersey Mike’s raised more than $700,000 for local community partners including schools, hospitals, and other worthy organizations as part of fundraisers to celebrate the openings of 210 new locations across the country.

• Jersey Mike’s was voted the best sandwich chain in America, with more than 16,000 votes cast in a poll by Ranker.