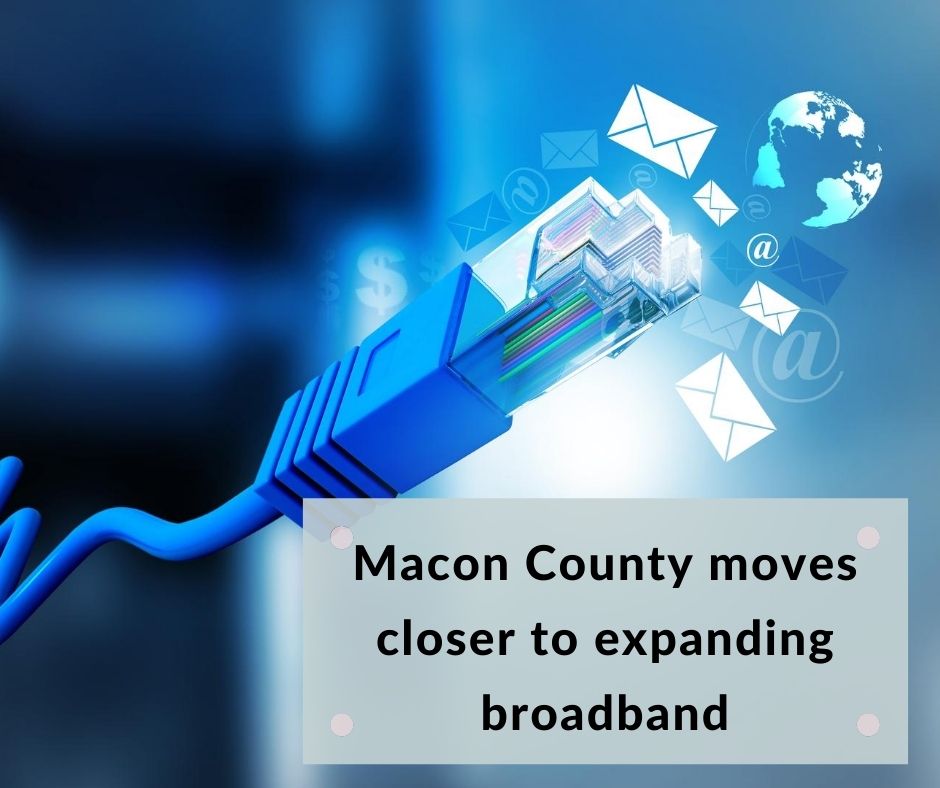 The Macon County Board of Commissioners approved an RFP (Request For Proposal) for a high-speed internet access service expansion project.

“This RFP is the first step in what we hope will be a series of steps toward expanding high-speed broadband internet access here in Macon County,” said Macon County Manager Derek Roland.

The RFP solicits bids and proposals from private providers to expand to unserved areas of Macon County. The project focuses on expansion to unserved areas over a three year period within the areas of Addington Mill, Riverside, McDonald Mill, Otto, Norton, Mulberry, Tessentee, and Scaly Mountain. The project would provide internet at a capacity geared toward the economic development of the specific areas.

The company awarded the RFP will then be eligible for partial grant funding from Macon County to complete the project in the amount not to exceed $580,000 of the total project cost. Any grants awarded as a result of the RFP will be on a technology-neutral basis and will only be open to proposers which are unaffiliated, qualified private providers. The RFP specifically states that as part of the application, the provider must address why and how much of a grant from Macon County would be needed in order to complete the requested scope of work to expand connectivity around Macon County.

“This will also Macon County to partner with broadband providers to expand broadband for our residents,” said Roland. “The grants will offset the operational costs to make it financially feasible for a company to invest in the infrastructure needed to serve the county.”

The RFP approved by Macon County Tuesday night was modeled after a 2016 RFP from Stokes County, North Carolina. The RFP was tweaked and reviewed by the North Carolina Infrastructure Broadband Committee.

The company that was ultimately awarded the 2016 RFP in Stokes County, Wilkes Communications, was awarded a $1.8 million grant from the county to help offset the costs. The county and Wilkes Communications continue to work together today to further expand and improve connectivity on the Eastern part of the state.

The grant funding possible through the RFP has various revenue sources – however, a pool of $30 million in state money would become available in October if approved by the state’s General Assembly. The bill, which was supported by House Rep. Kevin Corbin, was approved by the House and is awaiting consideration in the Senate. The General Assembly is expected to reconvene in Raleigh after Labor Day.

The RFP will be advertised immediately and proposals will be considered by county leaders in the coming months.