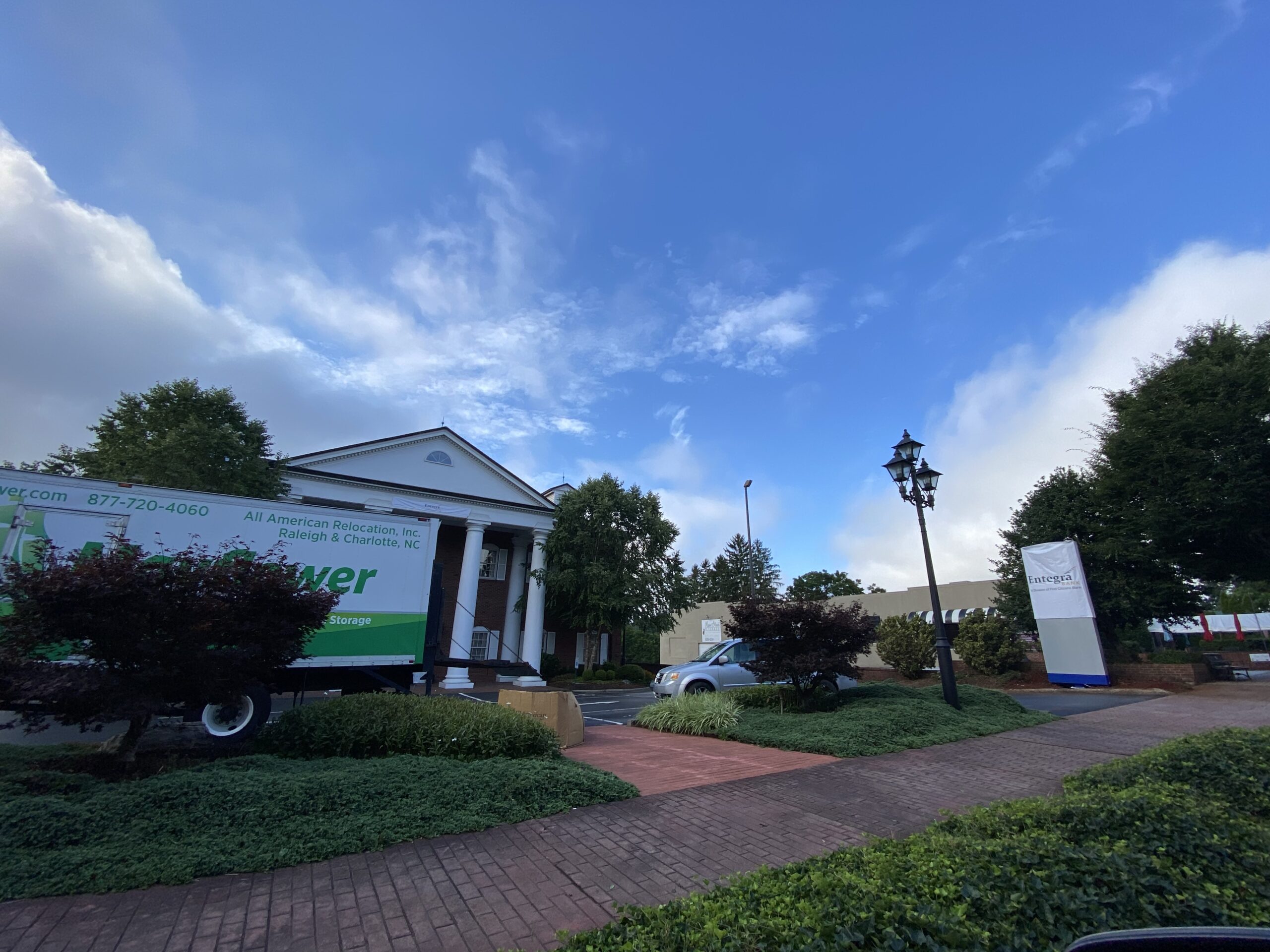 The end of an era: Last official day of Entegra Bank

Two years shy of the 100 year anniversary of Macon Bank, today is the brand’s official last day as an independent banking institution. Macon Bank was originally founded in Franklin in 1922 and grew to nearly two dozen banking offices and $1.3 billion in assets across several southern states.  As Macon Bank expanded outside of Macon County, North Carolina into surrounding counties and states, the institution rebranded in 2015 to change its name from Macon Bank to Entegra Bank, although still operating the same as it had since 1922 when it was launched as the Macon Building and Loan Association.

Signs at the bank location on Main Street in Franklin were draped with plastic coverings this morning with the green Entegra Bank logo, however, the base of the sign, still covered in red dirt from the installation shows the familiar blue and grey markings of First Citizens.

The Bank was originally founded in 1922 as the Macon Building and Loan Association – at the time the prominent bank in town was the Bank of Franklin – which merged with the Bank of Macon County around 1911. Henry Cabe was one of three men to work at the Bank of Franklin in 1915 and went on to serve as a founding member of Macon Savings and Loan Association in 1922. Cabe helped to establish Macon Building and Loan after a three-year stint in World War I with the intent of creating a financial intuition to focus on homeownership and personal savings.

The Macon Building and Loan Association changed its name to Macon Savings Bank in 1990 and then to Macon Bank in 2001. The name remained the same until the Entegra Bank rebranding in 2015. In addition to the rebranding as Entegra bank, the institution also changed its organization from a Stock Savings Bank to a Commercial Bank in 2017.