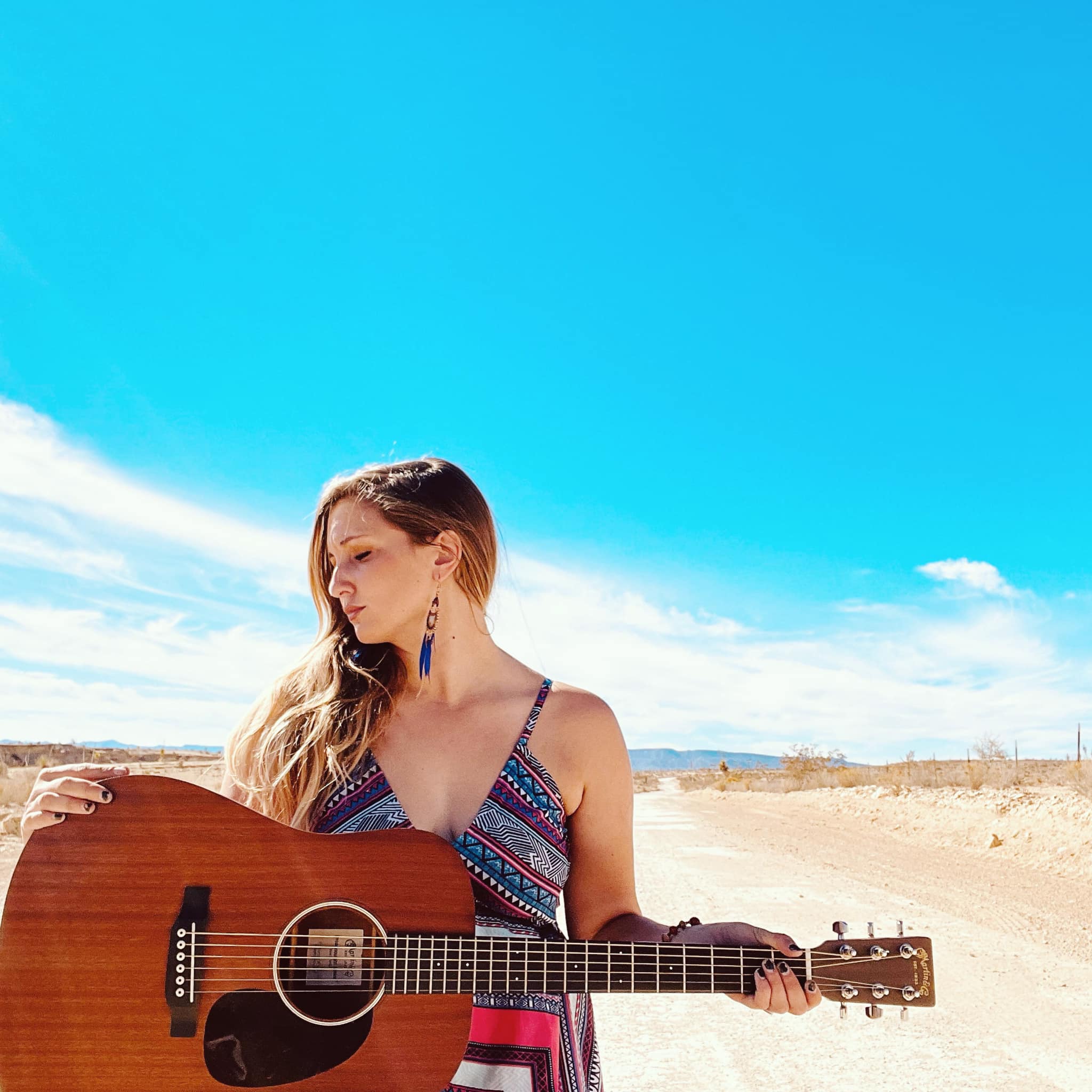 Alma Russ closes out 13th season of Concerts on the Creek Sept. 2 in Sylva

The 13th annual season of Concerts on the Creek concludes on Friday, Sept. 2 when the series welcomes the Alma Russ Band from 7-9 p.m.
Alma, pronounced Al-muh not All-maa, lives in Western North Carolina. She plays patchwork music: country, folk, and Appalachian roots sewn together to make something unique. Songwriting is cheaper than therapy. Old songs make her happy. She gets compared to Dolly and Stevie Nicks a lot, and she plays guitar, fiddle, and claw-hammer banjo.
Music has taken her lots of places. From the hometown bars to church, Texas to the Outer Banks, to performing as an entertainer on the Great Smoky Mountains Railroad to receiving 3 yes votes from ABC’s American Idol Judges on Season 1 and being sent to the Dolby Theatre in Hollywood, CA, music continues to give her stories to tell.
Alma spent the first 12 years of her life on the family farm in Oxford, FL, a speck in the middle of the state. She’d spend summers in the Great Grandma’s mountain house in Western NC. Her English teacher Mama took her to historical book readings and heritage events, and she fell in love with mountain culture and heritage – especially the music. She was the kid frolicking arounud the yard singing Scotch-Irish murder ballads, passed down through generations; songs about old-true loves and the occasional knife to the heart.
She started taking fiddle lessons around age 12, practicing old-time tunes outside because of the dying-cat noises. It was about this time that Alma’s family moved to Whittier, NC. Eventually the fiddle started sounding less like a dying creature, so she decided to learn claw-hammer banjo. She broke down and learned guitar later on.
She has played in bands as fiddler and has recorded as a session artist for other bands at studios such as Echo Mountain in Asheville. Over the past few years, she’s started playing primarily as a solo act. She’s always stewing on something new.
Her musical influences include country gold, bluegrass, folk, old-time, americana, and blues. She attributes inspiration to artists such as Allison Krauss, Gillian Welch, Ola Belle Reed, Bobbie Gentry, Dolly Parton, Sheila Kay Adams, Emmylou Harris, Lucinda Williams, and so many more. Apparently she sounds a lot like Jewel.
Alma continues to play solo shows locally, regionally, and occasionally on road-trips. She also fiddles in bands every so often.
Concerts on the Creek are held Friday nights from 7-9 p.m. at the Bridge Park in Sylva from Memorial Day through Labor Day. Everyone is encouraged to bring a chair or blanket. These events are FREE but donations are encouraged. Dogs must be on a leash. No smoking, vaping, cooler or tents are allowed in the park. There will be food trucks on site.
These concerts are organized and produced by the Jackson County Chamber of Commerce, the Town of Sylva and the Jackson County Parks and Recreation Department.
For more information, call the chamber at 828-586-2155, visit www.mountainlovers.com or Concerts on the Creek’s Facebook page.