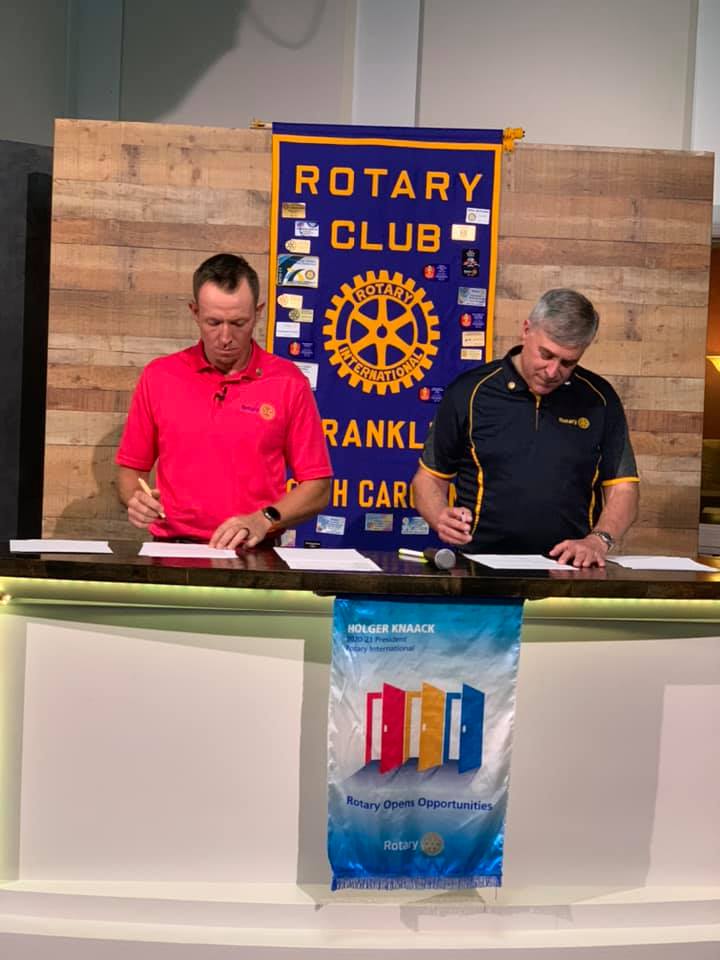 This year’s winner was announced last night and was new Rotarian, Joe Griffith. Griffith will now get to decide if he wants a $16,000 prize or a new car!

This year’s fundraiser was held via a livestream which gave the Rotary Club a unique opportunity to showcase different Rotary Projects who will benefit from the funds raised.

The Rotary Club of Franklin’s Roy Rickman Scholarships provides a $15,000 scholarship to one student spread over four years and additional onetime scholarships to four other local students.

In addition to fighting Polio, The Franklin Rotary Club’s annual fundraiser helps raise funds for local community programs such as Read2Me, the Community Care Clinic, food backpacks with CareNet, and Macon County’s annual Shop with a Cop program, just to name a few.

The Rotary Club of Franklin is one of the oldest clubs in Rotary. They were chartered on 10 November 1927, twenty-two years after the formation of Rotary. Their original sponsor was the Rotary Club of Waynesville.  In turn, they have sponsored clubs in Bryson City (1934), Highlands (1945), Franklin Day-Break (1997) and Clay County (2011).