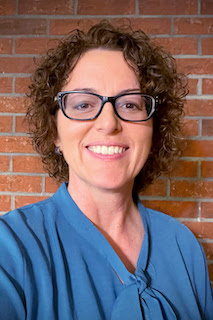 SYLVA – For the second time in its history, a woman will lead a highway division for the N.C. Department of Transportation.

“I am excited to accept the opportunity to lead such a great group of NCDOT employees,” Austin said. “NCDOT is a leader in the transportation industry, and the employees of Division 14 are ready to serve the people of western North Carolina.”

As the top highway engineer in Division 14, Austin will oversee planning, construction and maintenance of highway projects in the 10 westernmost counties.

More than 450 employees work under Austin’s supervision on more than 10,000 miles of roads in western North Carolina.

“Wanda is a strong engineer and a great role model for our department and women who want to pursue careers in engineering,” said state Transportation Secretary Eric Boyette. “She has worked very hard in her years with the agency and we’re confident she will continue to make lasting contributions to improve the transportation system in western North Carolina.”

She earned a bachelor’s degree in Civil Engineering from Clemson University, an M.B.A. from East Carolina University and holds an N.C. Professional Engineer license, a Project Management Certificate and graduated from the N.C. Certified Public Manager Program. She is serving a two-year term on the Central Piedmont ASPA board.

Her announcement is among several recent leadership changes at NCDOT. The agency also announced the promotion of Greg Burns from Fayetteville-based Division 6 engineer to eastern deputy chief engineer. Taking over in Burns’ former role at Division 6 engineer is longtime NCDOT engineer Drew Cox.