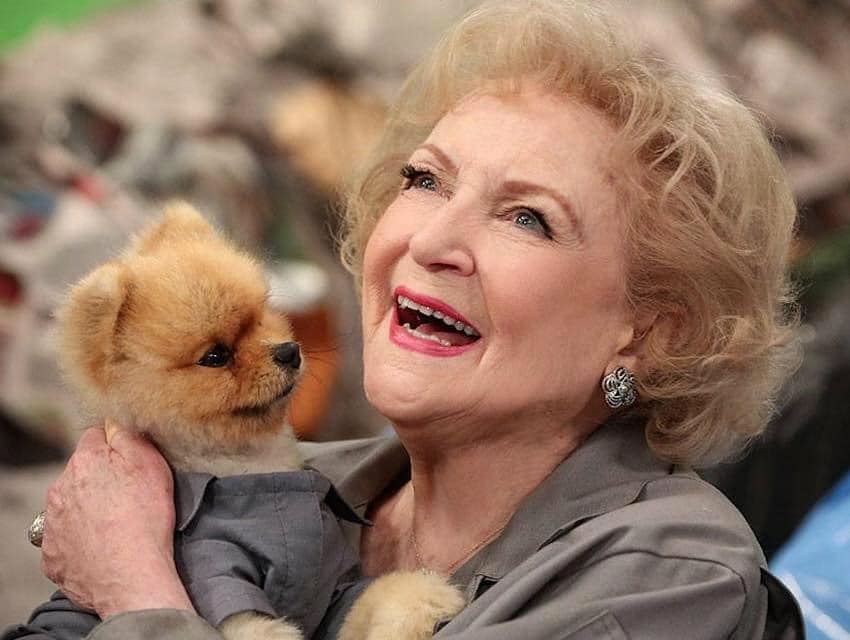 Betty White would be turning 100 today, January 17, 2022. To celebrate her life and legacy, the #BettyWhiteChallenge’ was launched on social media after the star’s death; people around the world have been donating to their local animal shelters and non-profits in her honor.

The actress, who rescued several dogs in her lifetime, started working with the Greater Los Angeles Zoo Association in 1966 and joined the board of trustees in 1974.

In 2006, Betty was honored as the City of Los Angeles’ “Ambassador to the Animals” for her lifelong work for animal welfare. Eleven years later, in 2017, White received the James Smithson Bicentennial Medal for her “commitment to wildlife and efforts to create a sustainable planet,” specifically through her charitable work with zoos and animal rescues. She supported animals through her fan club, Bets’ Pets, which donated its dues to animal rescue charities.

As of Monday night, the Betty white Fundraiser for the Appalachian Animal Rescue Center in Macon County had raised $4,084, exceeding the non-profit’s goal of $3,000. Over 100 people have donated so far.

The Catman2 Shelter in Jackson County is also accepting donations posting on their Facebook Page, “In honor of beloved actress and animal advocate Betty White’s 100th birthday, please consider donating to Catman2! Even a few dollars will help us continue providing a safe haven for cats in need. Last year, we rescued 176 cats and kittens, 96 wild critters through our wildlife rehabilitation program, and helped 500+ cats get sterilized through our low-cost spay/neuter program in collaboration with our local humane society (ARF). We have a single employee and a tiny group of regular volunteers who help carry on our mission to save and improve the lives of cats in WNC.”

PAWS in Bryson City also launched a campaign for the #BettyWhiteChallenge posting on social media, “Jan 17th (Today) is Betty White’s 100th Birthday so it would be a great tribute to her legacy if everyone donated in honor of her. You can donate to PAWS in several ways.   by going to this link http://www.pawsbrysoncity.org/donate.html Or mailing your donation in to PAWS PO Box 1814, Bryson City, NC 28713  You can also donate directly via Paypal to pawsbc@yahoo.com.”