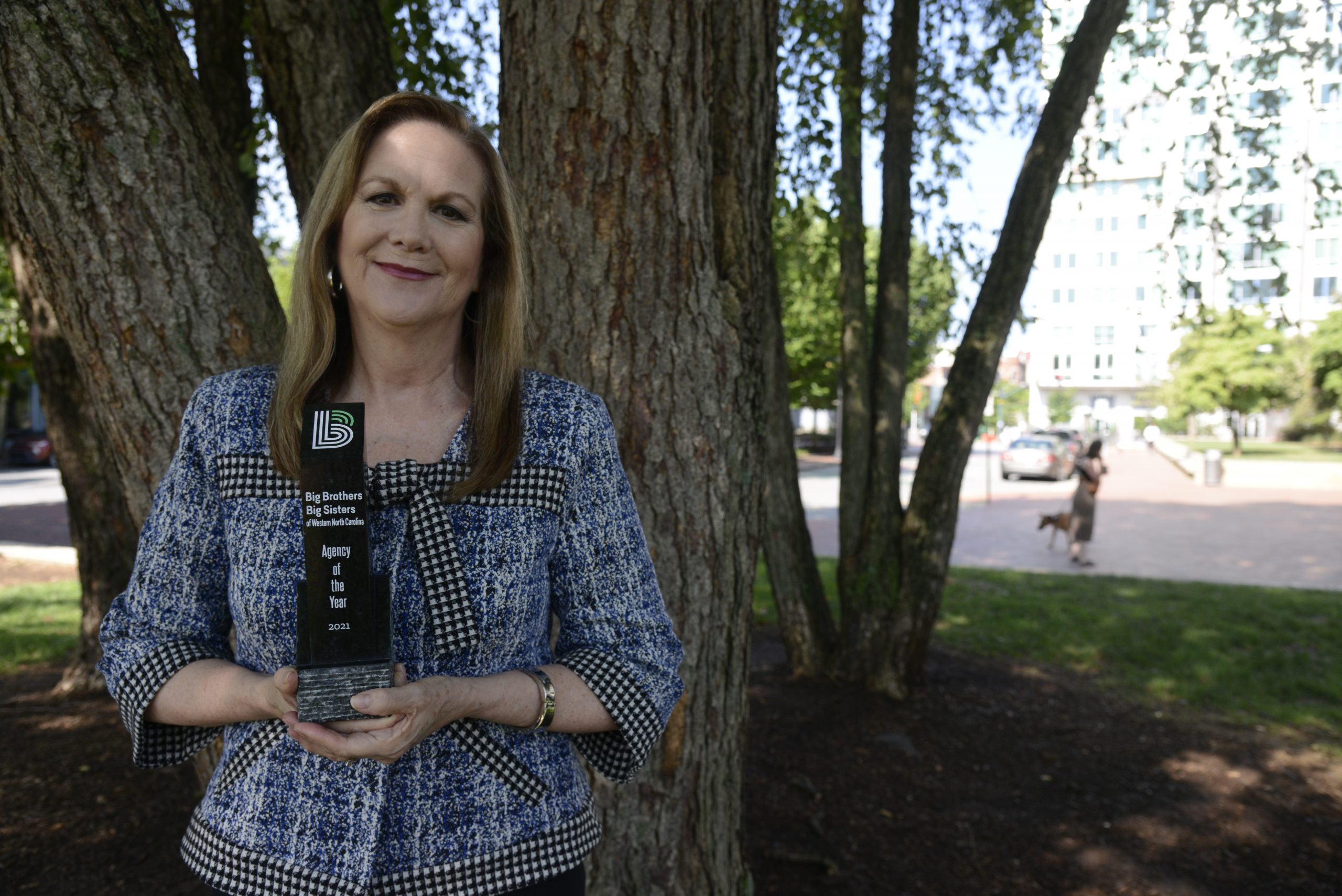 The honor, announced at BBBSA’s national meeting this month in Indianapolis, honors BBBSWNC for its “extraordinary commitment to innovation and creativity,” the national office said. Through the award, BBBSA recognizes agencies whose dedication and achievements have significantly furthered its mission of inspiring young people’s passions and empowering them to achieve success in life and career.

The local chapter of Big Brothers Big Sister evolved from the “Friends” organization—a program that began in 1975. Until 1980, it existed on government support and was mainly used by the courts to provide volunteers for juvenile offenders and operations ceased when this support was withdrawn.

A modest grant from the Phoenix Organization enabled the program to reopen in August 1981 and then in August 1982, it officially affiliated with Big Brothers Big Sisters of America. Five years later, the WNC chapter added a Henderson County branch office, and as of 2021, they have expanded to serve 18 Western North Carolina counties. The thousands of children they have served have benefited from having a one-on-one relationship with a Big in Western North Carolina.

Debbie Charlton, board chairman of BBBS of Western North Carolina recently received the award and has helped guide the work that led the organization to win this national award.

One of its major accomplishments was establishing a partnership with the Eastern Band of the Cherokee Indians. Through “exciting, fresh programming” like Club Summit and Success 360, the agency laid a strong foundation for youth to grow and learn in diverse platforms, while continuing to empower its members during turbulent times, BBBSA said.

“We are thrilled that we and our partners – Bigs, Littles, parents, guardians, sponsors, and community allies – have been recognized as the 2021 SMA National Agency of the Year for our commitment to the children and youth of Western North Carolina,” CEO Lelia Duncan said. “National recognition of this sort inspires us to continue elevating our efforts to help every child in the mountain counties achieve their potential and promise through mentorship.”

BBBSWNC works to ensure every child in WNC has an enjoyable, long-term relationship with a caring adult who believes in them and sees their potential. They select and match mentors with children facing adversity and provide ongoing activities, training and support services for both families and volunteers to foster a successful match relationship and a lasting connection.

When matched with their Big, Littles gain a role model, a friend and access to new experiences through which they build higher aspirations for their lives. These relationships provide them with the support they need to achieve academic improvement, growth in self-confidence and development of life skills, and reward mentors with the experience of being an integral part of that young person’s success.

In four decades, BBBSWNC has served over 14,000 children and believe that in each on there is a special spark that can lead them to become positive, productive citizens of our community and the world.

For more information, contact the BBBSWNC branch office in your county.