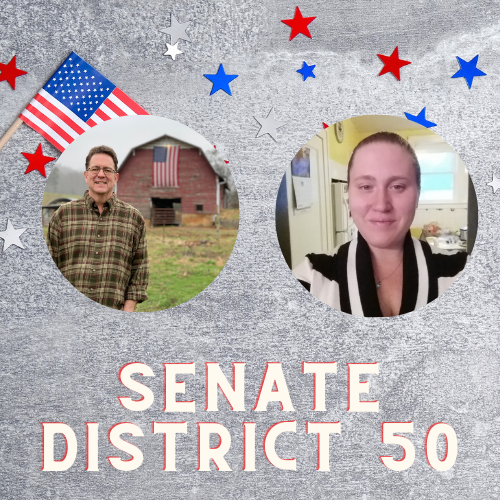 With Senator Jim Davis retiring from the North Carolina General Assembly, Rep. Kevin Corbin made the decision to run to fill his seat to continue working for the people of Western North Carolina.

“As a 6th generation native of Western North Carolina, I love this region and the people,” said Corbin. “After serving two terms in the House of Representatives, I was hesitant to change chambers, but so many people called on me to run for this seat when Jim Davis announced his retirement.  I guess the main reason is that I know I can hit the ground running and make a difference for the folks in far Western North Carolina.  It is not about me.  If it were about me I would have stayed in the House. Frankly, I’m giving up a leadership spot as Deputy Majority Whip and Chairmanship of both State and Local Government and House Insurance Committee.  I have been told my experience will be honored in the Senate so I am thankful for that.”

Corbin was born and raised in Macon County. He was first sworn into the House of Representatives in January 2017. Corbin has been committed to numerous civic and community organizations both in his home county and on the state level. Rep. Corbin is a graduate of Franklin High School, class of 1979, an Honors Graduate of Appalachian State University (ASU) in 1983, where he majored in Marketing and Business Management, served as news editor of the university’s “Appalachian” newspaper and interned for the university as a Public Information Officer. Rep. Corbin also represented ASU in the North Carolina Student Legislature. He graduated from Appalachian with a Bachelor of Science degree in Business Administration.

Corbin served four years on the Appalachian State University Board of Trustees, is a past chairman of the Macon County School Board for 20 years, winning five countywide elections. For the six years prior to being elected to the House of Representatives District 120, Corbin served on the Macon County Board of Commissioners, being elected as chairman of the board for the last four years of his tenure. Corbin has also served as chair of the Region A Council of Government, which is comprised of all of the county commissioners, mayors, and town board members from the seven Western counties of North Carolina. Rep. Corbin was elected to this position by his peers in that group. He has also served on the Board of Directors for Southwestern Community College Foundation and has served on the Franklin Chamber of Commerce Board. In 2010, Corbin was appointed to the Blue Cross Blue Shield NC Agents Advisory Board where he was involved in developing lower cost plans for citizens of North Carolina. Corbin was Inducted into Blue Cross Blue Shield of NC Hall of Fame in 2013, with only 21 inductees in history. Rep. Corbin is also an active member of the Franklin Rotary Club.

Corbin is married to Beth and they have two children, Matt and Maggie. They are members of Holly Springs Baptist Church where Corbin serves as a deacon. Corbin is the owner of two successful insurance agencies. The Corbin Agency is located in Franklin, which serves WNC and the Blue Ridge Insurance Group is in Seneca, S.C., and serves Upstate S.C. He is also a founding member of the successful gospel group Blue Ridge.

Corbin will have a Democratic challenger this November, as Victoria Fox, a wife and mother of three boys under 10 years old, filed for the seat.

“We are a blue collar, working class family,” said Fox. “I’m originally from Michigan but have lived here in WNC for 13 years. My husband has lived in WNC his whole life. My main focus this last decade has been caring for my family. We fall into the gap of making too much to qualify for assistance with child care but still can’t really afford it. With wages as low as they are, I was working solely to cover daycare costs, many weeks not earning enough to fully cover them. It made sense financially for me to stay home full time.”

Fox attended college after high school with a focus on business management, and she worked as a peer counselor for disadvantaged youth girls, which started during high school.

“I was one of those disadvantaged youth and was part of an opportunity program,” said Fox. “I started getting more involved with community outreach work through that organization and ultimately took on the peer counselor role full time. We offered counseling services, a shelter, medical care, and dental care to youth girls and young women dealing with extreme poverty, homelessness, addiction, domestic violence, and sex work. I did that until moving here to North Carolina and since then have worked in retail, house cleaning, and more recently the CBD industry. Since having children, a job that pays well has been hard to come by. I found people are truly hesitant to hire someone, especially a woman, with three children. I lost my job with the CBD company because my three-year-old came down with a stomach bug and I wouldn’t send him to daycare anyway.”

Fox, who is running as a Democrat on the November Ballot for North Carolina Senate District 50, said that she wants to represent everyone.

“I think it’s time we have a candidate that truly represents us,” said Fox. “I think our representatives have lost touch with their constituents and the hyperpartisan politics of today are stopping them from serving the public and meeting the needs of the people in the district.”

Police reform is a major topic across the country and here in WNC. What is your stance on law enforcement and current discussions for reform and defunding police?

Corbin: “I support our local law enforcement 100% with no hesitation. I think we should increase funding to police and raise the salaries of those that serve our communities.  When you wear a bullet proof vest to work, you deserve my respect and they have it. I know there have been problems in some of these big city police departments and I understand how some folks could feel resentment about some isolated cases of police brutality. I get it. That doesn’t apply here in WNC at all. But the idea of defunding the police is the absolute stupidest idea I think I have ever heard. What you do is rid the police of the ones who would abuse power and train officers in how to limit unnecessary brutality.  It is quite simple to me. But defund the police? Ridiculous.”

Fox: “I think defunding is a bad term. I think reallocating funds would be better. Look, I support our police officers, but the fact is we expect them to do too much. Reallocating funds and solving issues like poverty, addiction, and access to better mental health care would help to naturally bring down crime rates while freeing up police and resources to focus on more pressing matters.”

As an elected official, how would you improve educational opportunities for WNC?

Corbin: “As a member of the K-12 Education Committee of the NC House, I have been pushing for additional funding for public education as well as better pay for all our school employees, teachers and otherwise.  We are making progress.  Also, I will continue to support the opportunity scholarships and NC Promise Scholarships that benefit many WNC students who choose to attend Western Carolina University. I am the most pro-education member in the House and will continue that in the Senate.  Education is the opportunity maker for our citizens.”

Fox: “We need to invest more in public education, plain and simple. Our children are our future, they deserve the best education possible. That means decreasing, if not stopping altogether, the public funds going into private school voucher programs and increasing the funds going to our western mountain counties. We still have schools who don’t have access to something as basic as broadband internet. We need to pay our teachers, support staff, and assistants more. It’s time we give them pay that recognizes the responsibility they have willingly taken on. Without teachers, we wouldn’t have doctors, lawyers, scientists, or any other profession. Our children deserve to have a school they can be proud of and we need to be enticing good teachers to want to teach in our schools.  We need to significantly step up our funding into early education. The earlier our children are introduced to education, the better. We have so many working families who fall into the gap of making too much to qualify for headstart but still can’t afford to pay for pre-school. By expanding funding to NC Pre-K we can meet that need and give our children the best possible start. Add to all that making community colleges part of the public school system so every child has the opportunity to go to college.”

What is your stance on WNC’s current broadband issues and how would you address it?

Corbin: “I have been pushing for broadband expansion since being elected to the House four years ago.  I introduced the Fiber Act (HB431) that would allow cities and counties to help in running the broadband “trunks.”  The bill was obviously opposed by the large providers but what we got was the GREAT grants that have provided over $60 million in rural broadband expansion in rural N.C.  All the counties in my current district have gotten that money.  About two months ago I teamed up with Rep Bobby Hanig (R-Currituck) and we pushed for $100 million to be added to the GREAT grants this year.  We didn’t get $100 million but we got $30 million for rural broadband.  That is a total of $45 million in this year’s budget that is already benefitting WNC.  Over 25,000 new customers will be hooked up to high speed internet in the next few months and much of that will be in WNC.”

Fox: “We are behind. The first step in addressing the issue would be to classify broadband as a utility. Then we need investment in the infrastructure to provide that. (Marijuana legalization would help with the cost of that).”

What do you see as being the biggest issue facing WNC?

Corbin: “The biggest issue we face is broadband expansion. The lack of broadband impacts everything in North Carolina from the small business owner on Main Street, to the student trying to get an education during a global pandemic, to large companies expanding and wanting to do business in our state. It is access to telemedicine and doctors for our elderly and connects our military men and women with vital veteran affair resources. Broadband expansion is important for every single individual in North Carolina and is something we must improve NOW.

Fox:  “There are many, but first and foremost its healthcare, or the lack thereof. We need to pass the Medicaid expansion. After that it would be to address rebuilding this economy, which Medicaid expansion would also help with.”

Anything else you would like for your voters to know?

Fox: “I’m not a politician. I’m a normal person like all of you that is tired of the rhetoric and thinks it’s time we get back to doing the people’s work. Our government should work for us, not big corporations and lobbyists. We, the working class, deserve a voice at the table.”