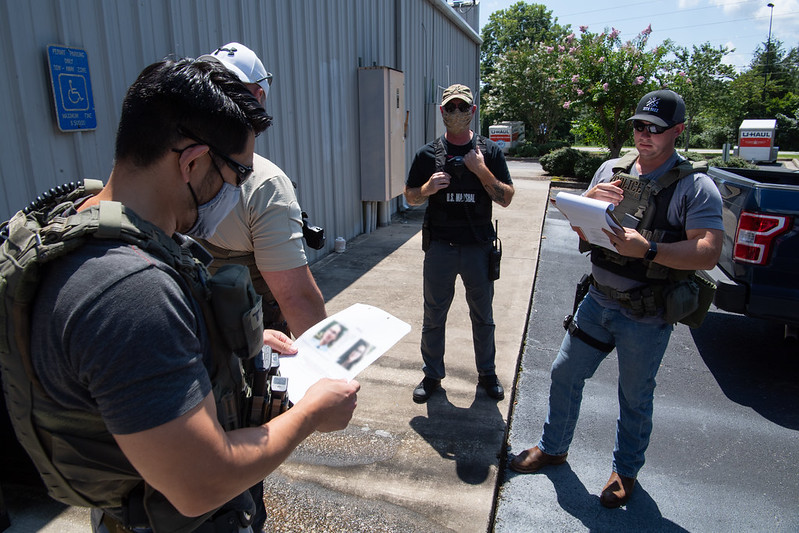 Thursday afternoon National headlines were riddled with news of dozens of children who were rescued from a child trafficking ring that was operating across Georgia.

“Operation Not Forgotten” resulted in the rescue of 26 children, the safe location of 13 children and the arrest of nine criminal associates. Additionally, investigators cleared 26 arrest warrants and filed additional charges for alleged crimes related to sex trafficking, parental kidnapping, registered sex offender violations, drugs and weapons possession, and custodial interference. The 26 warrants cleared included 19 arrest warrants for a total of nine individuals arrested, some of whom had multiple warrants.

The children rescued over the last two weeks were considered to be some of the most at-risk and challenging recovery cases in the area, based on indications of high-risk factors such as victimization of child sex trafficking, child exploitation, sexual abuse, physical abuse, and medical or mental health conditions. Other children were located at the request of law enforcement to ensure their wellbeing. USMS investigators were able to confirm each child’s location in person and assure their safety and welfare. 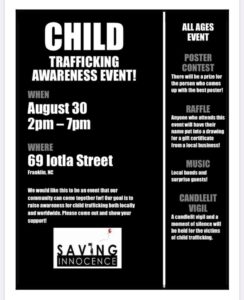 With stories about missing children become more and more common, a local group is joining the national initiative to bring awareness to the “Save Our Children” movement. The group’s first event is scheduled for August 30 at 2 p.m. at 69 Iotla Street in downtown Franklin with the intent of bringing awareness to child trafficking and “to save our children from being groomed, harmed, and abducted by the evil in this world.”

The group’s event page of Facebook states that that event is not about politics, race, religion, or gender preference period.

“This is not about anyone’s personal agenda and it will not be tolerated,” said the event description. “This is specifically for saving our children and the children of the world. We want to make the media pay attention to this and stop turning a blind eye and claiming it to be a conspiracy theory when it never has been. It is time for us as adults to put our differences aside and rise up and speak up for our children that are in our lives and across the world that have been silenced and ignored for far too long. We will also have a vigil and moment of silence for the children not saved and still missing. This is for every child of every race and background. This is for the children that have been raped, tortured, and senselessly killed or sold by evil. We want this to be a community effort for each one of us to do our part. This will be a peaceful and sensible event as we want this to be a reflection of what we want our children to stand for.”

Sunday’s event will feature music, free back to school cuts from stylists from Spectrum Beauty, and representatives from veterans for Child Rescue and Operation Wolf Eyes, both organizations dedicated to protecting children and ending human trafficking. In addition, a local ICE agent dedicated to child trafficking and prevention will be in attendance to help educate families.

In 2019, the USMS helped recover 295 missing children based on requests for assistance from law enforcement and has contributed to the recovery of a missing child in 75 percent of cases received. Additionally, of the missing children recovered, 66 percent were recovered within seven days of the USMS assisting with the case. Since its partnership with NCMEC began in 2005, the agency has recovered more than 1,800 missing children.

“When we track down fugitives, it’s a good feeling to know that we’re putting the bad guy behind bars. But that sense of accomplishment is nothing compared to finding a missing child,” said Darby Kirby, Chief of the Missing Child Unit. “It’s hard to put into words what we feel when we rescue a missing child, but I can tell you that this operation has impacted every single one of us out here. We are working to protect them and get them the help they need.”

For more information about Sunday’s event in Franklin, visit the Save Our Children event on Facebook.