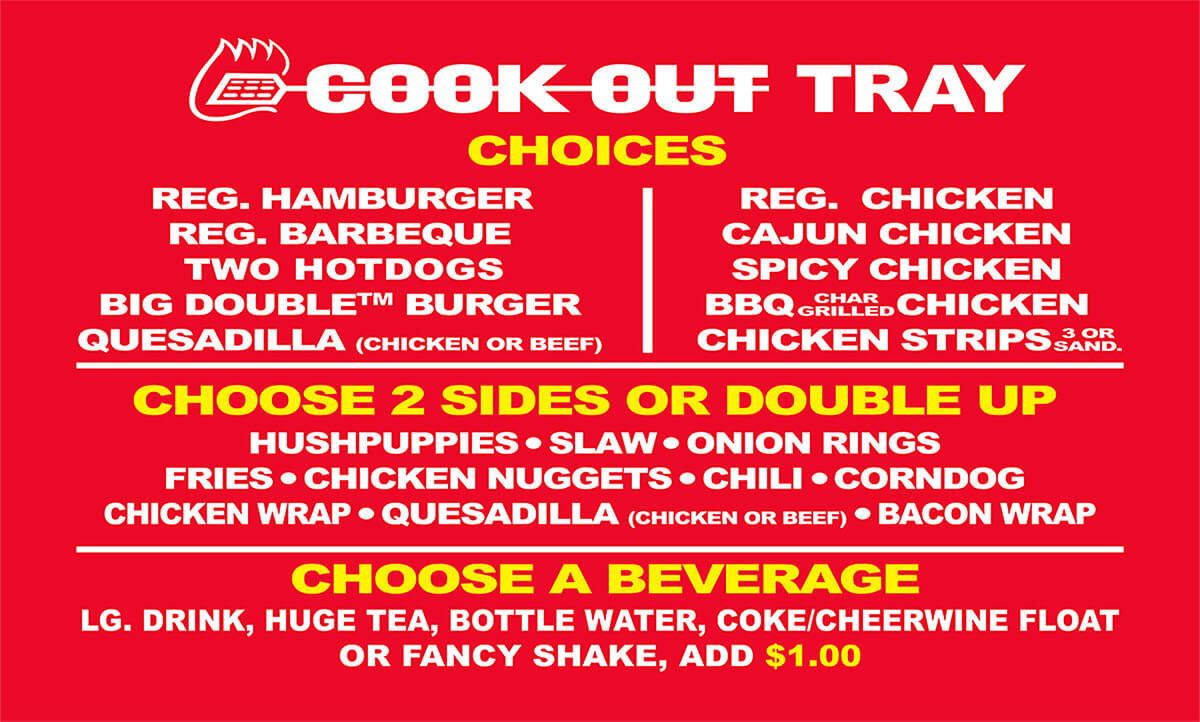 First Chick-Fil-A and now Cook Out! The Cook Out Corporate office confirmed on Tuesday that Franklin will soon be the home to a new franchise — however, when that will happen is still unclear.

Cook Out Inc, purchases the former Dairy Queen property along the Georgia Road in Franklin last month — January 15 to be exact. Additional paperwork was filed on January 28 regarding the property and Cookout’s plans to open a franchise in the location.

While the building and location have been secured — no permits or plans have been filed with the Macon County Planning Department, and that is because Cook Out said they are still working toward the new location.

“We don’t have a clear timeline as to when it will open as it is still in the early stages,” said a representative with Cook Out Headquarters on Tuesday. “But we can confirm that there will be a new location in Franklin soon.”

The first Cook Out was built in Greensboro, North Carolina in 1989. The restaurant was designed to be a drive-thru only and provided all your favorite cookout foods — hamburgers, hotdogs, corndogs, and the best milkshakes you have ever experienced.

The Cook Out’s menu consists of a range of common fast food items from hamburgers, to North Carolina style barbecue, and even quesadillas and hushpuppies. A signature to the Cook Out menu is the Cook Out Tray which features massive combinations of entrees, sides, and a drink for a low price. Another feature of Cook Out’s menu is their vast selection of milkshakes. They serve almost 40 flavors of their fancy milkshakes year-round and seasonally add flavors like Fresh Watermelon in July and August and Fresh Eggnog in December. A featured drink on their menu is Cheerwine, a local North Carolina cherry soda usually only served in North Carolina and surrounding states.

Cook Out ventured to the western part of the state in 2010 when an Asheville location opened, producing record max sales. That same year, Cook Out opened its very first store outside of North Carolina, just over the border in Spartanburg, South Carolina. The first stores in Tennessee and Virginia were opened later that same year. By 2012, the growing restaurant chain opened its 100th location in Florence, South Carolina. 2013 was another year of expansion with the franchise opening locations in Georgia and Kentucky followed by Maryland and West Virginia in 2014.

Cook Out’s expansion has continued, adding locations in Mississippi and Alabama in 2016 and by 2019 the store boasted 263 locations in 10 states — including one in Sylva, North Carolina.

As the restaurant’s locations continue to expand, so does what they offer. On 5 April, Cook Out announced it opened its new restaurant concept Taco Roo’s Tacos & Chicken in Wilmington, North Carolina. The new restaurant has the normal Cook Out menu and it also features a special menu that has a walking taco in a Doritos bag. Cook Out has plans to open more Taco Roo’s restaurants.