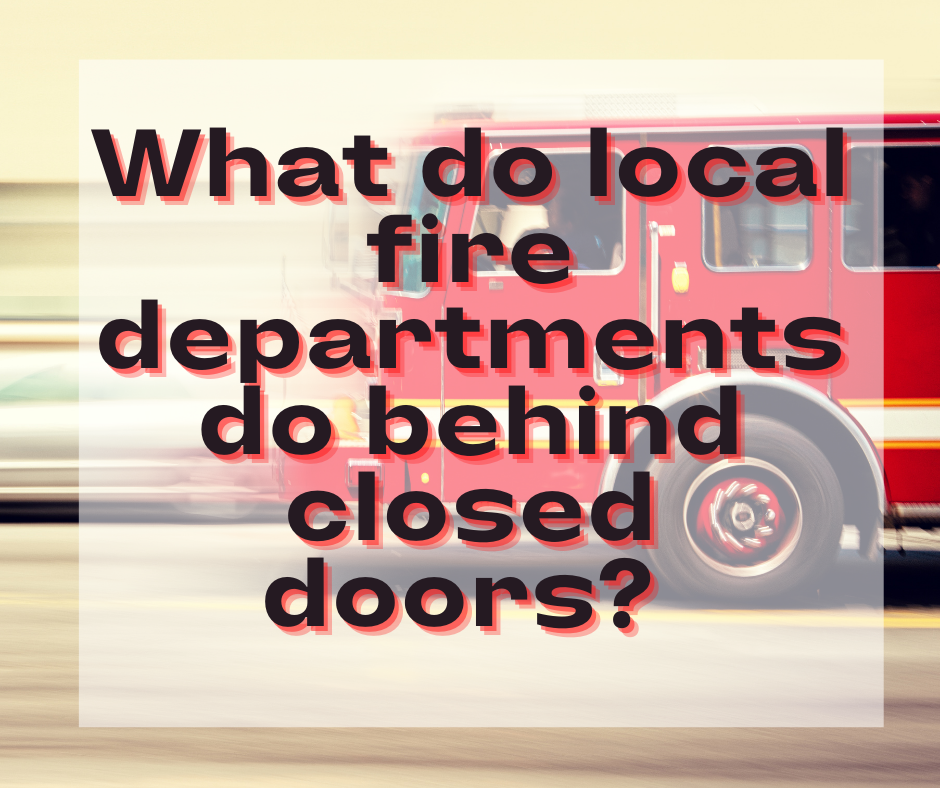 *Correction: A previous version of this article incorrectly stated Tristan Jamison served on the fire department board. Jamison was removed from the board after selling his home due to the department’s new property owner requirements. Jamison was replaced by Bobby Henry, who is serving as interim Chief of the department, despite not owning the residency he currently resides in. The public records request that have been made to the department since July 1 have been made directly to Bobby Henry. The last response from Henry we received was July 2 via Snapchat. In addition to serving as interim Cheif, Henry is currently employed full-time by Macon County with Squad 4.

Since July 1, when the majority of the volunteer firefighters at Cullasaja Gorge Fire & Rescue were banned from serving on the department due to a residency requirement made during a closed meeting, the fire department has not responded to dozens of requests for access to various public records within the department.

The Cullasaja Gorge Fire & Rescue Board of Directors advertised their annual business meeting in the Franklin Press as required by general statute. However, when the meeting began, a community member of Cullasaja asked the meeting be closed to the public and only members of the community be allowed to attend and vote. That move resulted in over a dozen volunteer firefighters that had served on the department for the last 2 to 8 years — many of whom held ranking positions within the department and had been voted Firefighter of the Year over the last few years — being forced to leave the meeting. Jack Baird, who was serving as Chairman of the Board at the time, claimed that the fire department’s bylaws allowed such an action to take place.

The Southern Scoop has made multiple requests for the fire department’s bylaws — the bylaws that were cited in allowing the residency change — however Macon County leaders said their hands are tied.

The Cullasaja Fire Dept. is its own entity; their by-laws, meetings and membership is their business,” said Eric Ridenour, Macon County Attorney. “As long as the CFD complies with the requirements to receive funds from the County, that is the extent of the involvement by the County.”

According to Barry Smith, Assistant Director of Public Affairs for the North Carolina Department of Insurance, the county should have the requested public records.

According to Narcisa Woods, Assistant Attorney General for the Open Government Unit for North Carolina, whether the fire department must comply with open meeting laws is a legal question.
“It appears that the volunteer fire department is a private nonprofit that was not formed by the government and has a contract with Macon County,” said Narcisa. “Ultimately, it is a legal question to be determined by the courts whether or not it is a public body subject to open meetings law. You may wish to discuss this matter with a private attorney.”

In an article published by The Franklin Press Communications Lawyer Amanda Martin with the firm Stevens, Martin, Vaughn, & Tadych, the fire department is in fact a public body/public agency and is subject to both the open meetings and public records law.

Open meeting laws were enacted as a result of citizens’ concerns over government meetings that were held in secret. Citizens rightly felt that if they were paying taxes to a government, or if governmental decisions affected them, they should have the right to attend and participate in those meetings.

A majority of the States define the entities subject to their open meeting laws in part based on their receipt of public funds. Although Cullasaja Fire Department in considered a private non-profit, its primary source of funding is public funds.

The contract local fire departments have with Macon County includes a provision mandating certain record-keeping requirements which states, “The department will maintain accurate written records regarding personnel training, infection control, Articles of Incorporation, by-laws, fire district map and descriptions, insurance district resolution, contracts with counties and municipal governments, engine/pumper serve test, certified weight tickets for all apparatus, alarm log, meeting minutes, equipment inventory, and apparatus inspection forms, which may be inspected at any time by or on behalf of the county.”

Although Macon County requires the departments to keep both meeting minutes and bylaws and allows for the county to inspect the documents at any time, Macon County Manager Derek Roland noted that the county’s hands are tied when it comes to providing those documents to the public. At the advice of Ridenour, the county is not advised to request those documents on behalf of the media in the form of a public records request or for transparency, despite the department being funded by taxpayer dollars.

According to the North Carolina Supreme Court, a unit’s governing board is responsible for ensuring that any funds appropriated to a private entity are spent for a statutorily authorized public purpose. See Dennis v. Raleigh, 253 N.C. 400 (1960). The county could amend the contract with local fire departments to include a provision that requires the department to comply with open meeting laws, even though as a private non-profit they are already required to, which would allow the county to take action when/if a department doesn’t comply, however, again at the advice of Macon County Attorney Ridenour, the county will not be pursuing that option.

North Carolina took the intentional step in 2011 with House Bill 572 when they passed and signed into law the “Accountability for Publicly Funded Nonprofits” act, which outlines the requirement for public access and inspection of nonprofits who receive public funds, which is the case for Cullasaja Gorge Girl & Rescue. Failing to provide the public records, as defined by the state of North Carolina, will ultimately result in a lawsuit and be settled by the courts.
Individuals who have been denied access to public records may attempt a. Mediated settlement under G.S. 7A-383E and may file an action under G.S. 132-9 to compel a public agency to provide the requested records. A claimant who substantially prevails in a claim under the statute may be allowed to recover attorneys’ fees from the public agency.

While legal action will address the lack of transparency, a push from the public — like the one planned by members of the community –at the next fire department meeting and the next county commissioner meeting may also resolve the issues. Members of the Cullasaja Community upset over the residency change plan to address members of the Macon County Board of Commissioners at the August board meeting scheduled for August 10 at 6 p.m. The community members also plan to speak at the next Cullasaja Gorge Fire & Rescue meeting to call for a change to the requirement. However, we have been unable to verify a date of the next meeting.