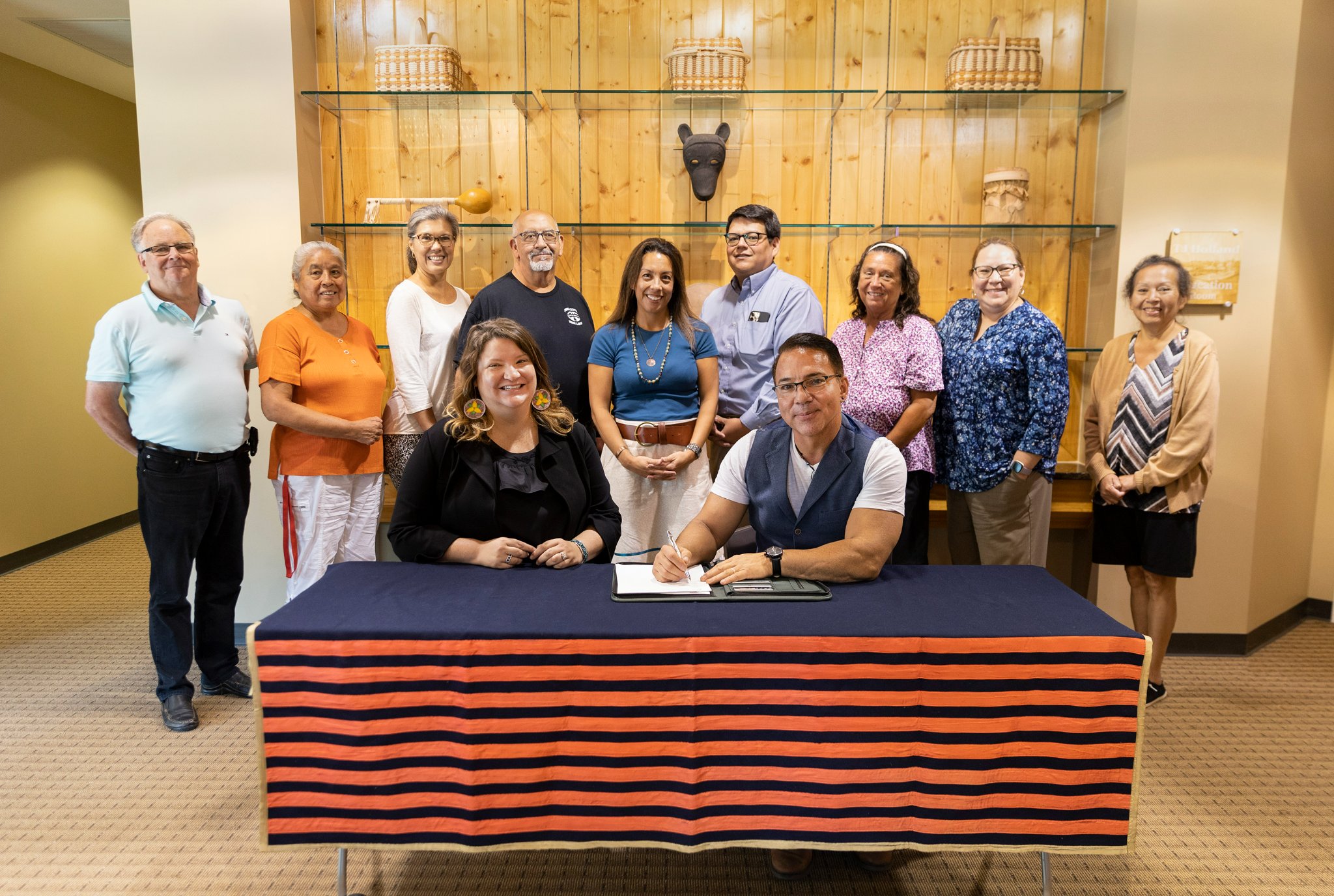 The Eastern Band of Cherokee Indians (EBCI) has issued a land use permit allowing the Museum of the Cherokee Indian to operate an offsite facility housing Museum collections, archives, and Tribal artifacts. The permit follows a February resolution that designated a piece of land in Swain County, near Bryson City, for the future building.

“The MCI Board of Directors is pleased to have completed this next step in the process of constructing an off-site Museum collections and archives facility,” Museum of the Cherokee Indian Board President Samantha Ferguson said. “We are grateful to Chief Sneed, Vice Chief Ensley, and Tribal Council for their continued support in the development of a state-of-the-art home for the Museum’s object and paper archives.”

The location—just over seven miles from Cherokee’s Cultural District and the Museum—bears great cultural significance due to its close proximity to Kituwah, Mother Town of the Cherokee.
“Archaeological evidence exists at Kituwah going back at least 15,000 years, but we as Cherokees know we are of this place,” said Shana Bushyhead Condill, Executive Director of the Museum of the Cherokee Indian. “The Museum is honored to continue to protect and steward these cultural objects, work closely with EBCI Tribal Historic Preservation and Natural Resources, and develop a facility that connects Cherokee people to our history and culture through both our collections and location.”

“It’s our responsibility as a Tribe to bring our artifacts back home, so we’ve made it a priority,” EBCI Principal Chief Richard Sneed remarked. “I’m very grateful to Shana for her leadership on this and the Board for their enthusiasm.”

The Museum will share announcements on the project’s progress via its website, mci.org.
“This is an exciting time at MCI,” said Director of Operations Michael Slee. “Construction planning is in the initial phases for the new collections and archives facility, and timelines will become clearer as we get further along in the process. We have established a talented Construction Committee including MCI Board of Directors representative Perry Shell, Ray Rose, T.W. Saunooke, and Katie Tiger. The knowledge and skillset that these volunteers bring to the table is going to be invaluable as we move forward on this project.”