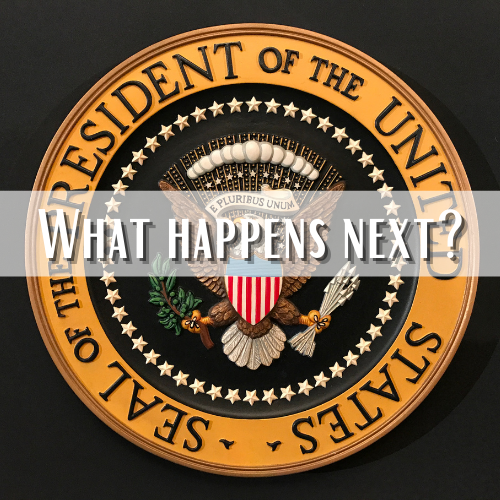 Electoral College votes for Biden; election is not over yet

Their votes will next be sent to Washington to be counted by Congress on January 6, but that does not mean the Presidential Race is officially over yet.

There is still one avenue Republicans can take attempt to overturn the election, however, it has never been successful in modern history.

Election Day is set by law as the Tuesday that follows the first Monday in November, which in 2020 fell on November 3. Voters headed to the poll on November 3, or cast their ballots earlier by mail, and based on the popular vote of the state, voted for an elector committed to supporting their choice for president and vice president as part of the Electoral College.

After the polls close, the states count and, eventually, certify the votes. All states have certified their results. California was the last to do it, on December 11.

Presidential Trump and Republicans in various states, mostly swing states, filed a multitude of lawsuits ranging from local courts all the way up to the Supreme Court in an attempt to prevent the elections from being certified because according to the U.S. Code, if any state has enacted procedures to settle any controversies over electors before Election Day and if the results have been determined six days before the electors meet, they qualify for “safe harbor.”

With none of President Trump’s lawsuits being successful in overturning or halting certification of each state’s election, electors met on Monday, as dictated by federal law. The number from each state is based on population and is equal to the number of members of Congress the state has in the House and Senate, meaning the minimum any state can have is three. The state with the most electors is California, with 55. Although it is not a state, Washington D.C. has three electors.

It is possible for Congress to challenge electors from a state for a multitude of reasons according to the 1887 Electoral Count Act. Congress anticipates electors being challenged as a result of a state that did not meet the December 8 Safe Harbor Deadline, as Alabama Congressman Mo Brooks has vowed to due when Congress meets on January 6. For Brooks’ challenge to be excepted, he has to be joined by one senator and present the objection in writing, and then both hours of Congress would be granted two hours to retreat to their chambers before debating the objection and casting a final vote to certify the election.

This tactic was used in 2001 and 2017, however, in both cases, no Senator would join with a Representative for the objection. Ironically, as Vice President, Joe Biden was in charge of the electoral college certification process on Congress, and it was he who closed the gavel on the Democrats attempt to challenge Trump being declared the winner. In 2005, one Representative and one Senator did successful object to Ohio’s slate of electors, however, the Republican-controlled House and Senate voted against the objection.

It is important to note that a state’s slate of electoral votes is only tossed if BOTH the entirety of the House and Senate vote to do so. With Senate Runoff elections in Georgia scheduled for January 5, the Senate should start the new Congress at 51-48 in favor of the GOP. Sen. David Perdue, R-Ga., will not be a senator at the beginning. Sen. Kelly Loeffler, R-Ga., will. The results of the Georgia runoff election, and how quickly those votes are certified,

In the event that any of the challenges of the electors is successful and alternate electors are selected, Federal law provides for electors appointed by a state’s governor to win any split decisions in Congress. The governors of all the contested states won by Biden, Democratic and Republican, appointed electors for Biden, so the overall vote of electoral is unlikely to change.

In the very unlikely event that neither candidate reaches the 270 electoral votes required to win the Presidency, the election will be deemed a Continent Election. The House has chosen two Presidents via contingent elections: Thomas Jefferson in 1801 and John Quincy Adams in 1825.

In the event of a Continent Election, each state would then cast one ballot as a House delegation. The House only considers the top three electoral college vote-getters in a contingent election. Each state casts one ballot in a contingent election and Republicans could potentially control more state delegations in the House next year – even though Democrats are in the majority.