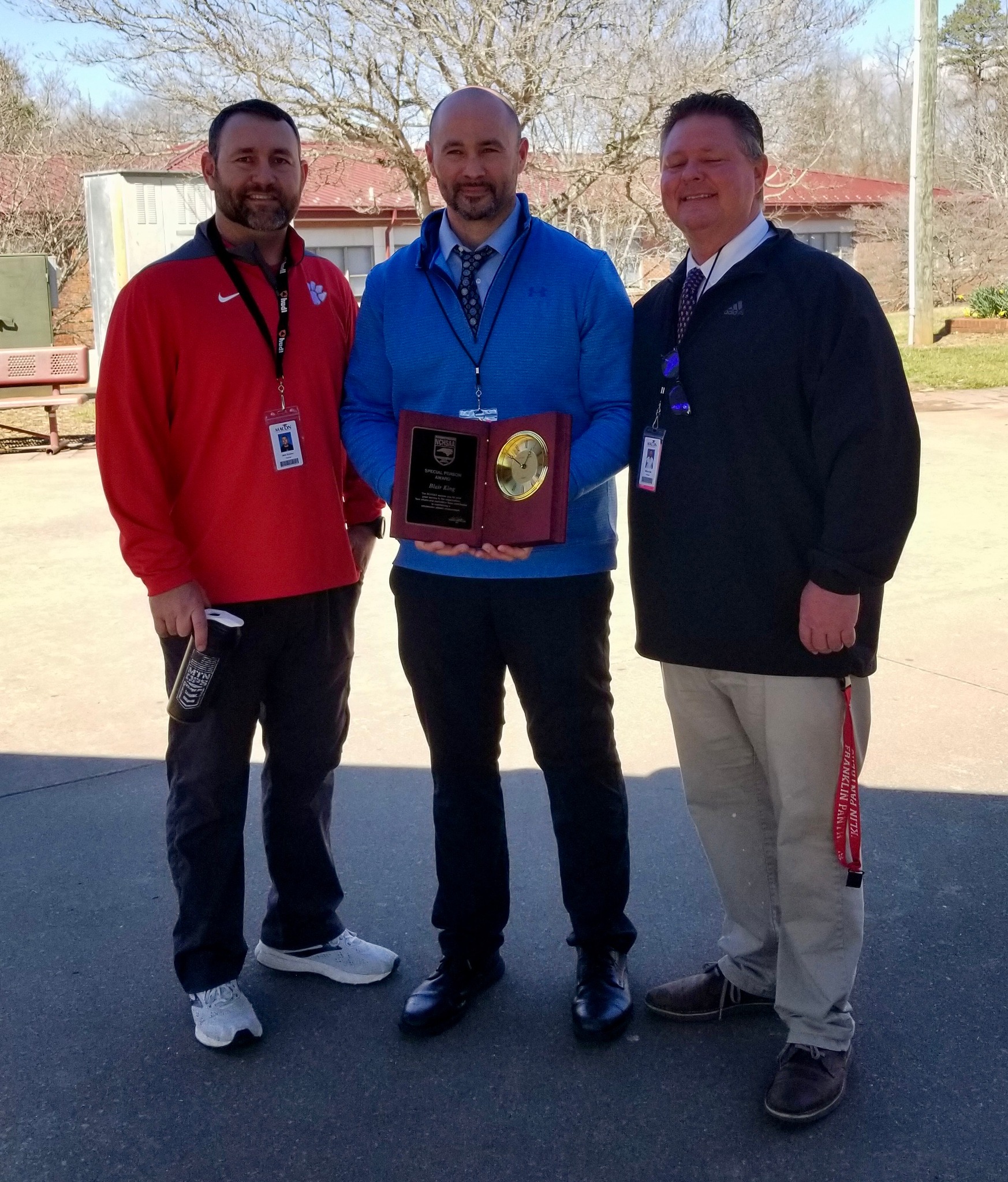 The name of the award indicates the philosophy behind the recognition. The Special Person Award goes to an individual, not in any specific category or role, who has been a supporter of the North Carolina High School Athletic Association and its mission to serve the member schools and their student-athletes. The roles the award winners play and their involvement in the NCHSAA is varied.

King has served as a coach, teacher, School Health Director, Vice Principal, and Athletic Director in Tennessee and North Carolina since 2006. He was accepted to Maryville College and graduated with honors, becoming the first person from his father’s side of the family to graduate from college. He then went on to receive his Masters’s Degree from Tennessee Tech University and my Education Specialist Degree from Lincoln Memorial University. King started several programs as a School Health Director that garnered national and state attention.  SafeKids Hero Award, Safe Kids Partner of the Year Award, Governor’s Council Shining Star Award, General Mills Champion for Healthy Kids, Ambassador of Goodwill being awarded the Healthy Living Innovation Award by the U.S. Department of Health and Human Services, and a special exemplary project award from the Rural Health Association.

In 2018, King was asked to take over as Athletic Director for Jay Brooks who was resigning from the role. As an Athletic Director, King was awarded the North Carolina Soccer Coaches Association Administrator/Athletic Director of the Year award for 2019. He served in AD/Vice Principal position until the summer of 2021 when he decided to take the AD hat off and focus on his duties as an assistant principal and to focus on rehabbing injuries associated with a break in his neck from high school and desired to spend more time with his two sons.