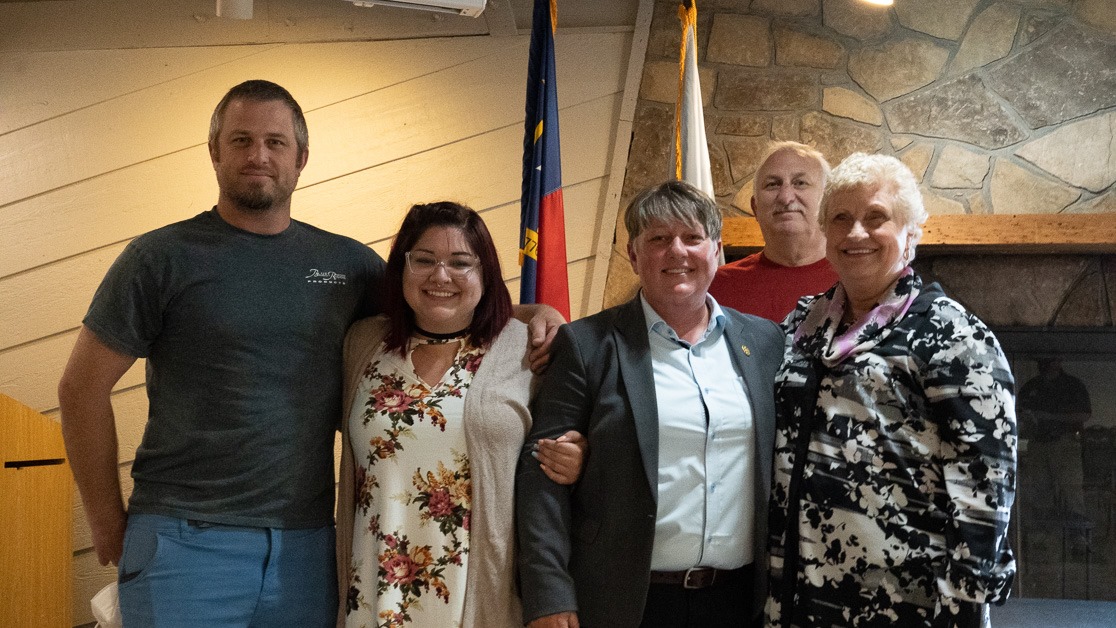 Andrea “Sissy” Holland was sworn in as Highlands’ New Police Chief earlier this month after a hiring process that saw over 10 applicants. Holland has been with the department since 2004, rising through the ranks to Lieutenant before applying for the Chief position, which was left vacant when Chief Bill Harrell took on the same position for the Franklin Police Department.

“When I was a teen, I knew that I wanted to first enter a branch of the military and then enter some type of law enforcement field,” said Holland. “I had a strong desire to help people; therefore, if I could make a difference in someone’s life, then that is what I needed and wanted to do. I feel that I have made a difference in many people’s lives. When I say this, I don’t just mean from a victim’s standpoint but, with offender’s as well.

“The most memorable experience has to be when I received a hand-written and colored card from an eight-year-old child,” Holland said of her career thus far. “The card stated, “Thank you for helping us and being there for us I love you.” I have this card on my desk at all times. When I am stressed, I look at that card and tell myself that nothing I endure will ever compare to what this child had to endure. The card is a constant reminder that I am here to make a difference.”

Chief Holland said that she will continue to operate the department in the same forward direction that was started by Chief Harrell during his tenure.

“Highlands Police Department will operate as we have in the past because I believe we are a well-oiled machine with some of the best officers and staff in the State,” said Holland. “Although, I do plan to implement minor changes to structural and promotional procedures. During tourist months, we utilize extra community-oriented patrol techniques. We have several officers who sign up for bike patrol and foot patrol on their days off. We also, implement foot patrol during peak hours; which, occurs while working regular shift schedules.”

Chief Holland noted that while she is settling into her new post, she is taking time to appreciate the confidence in her by town of Highlands leaders as well as her staff.

“I am humbled and blessed to have the opportunity to work for such a wonderful department, town government and community,” said Holland.