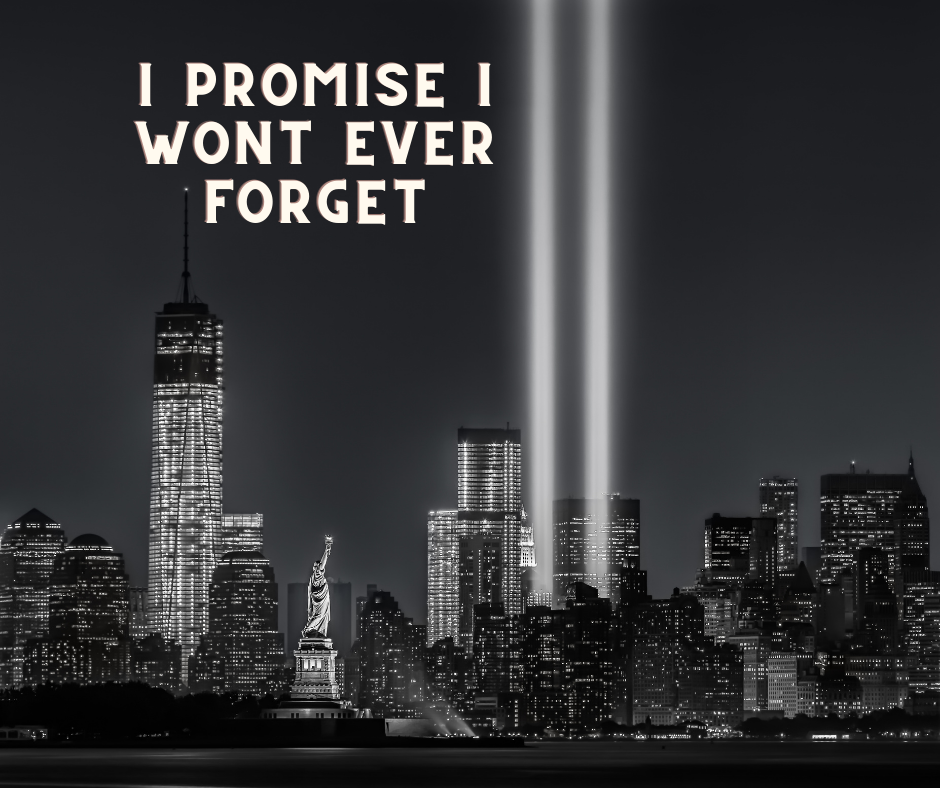 I will never forget September 11.

19 years ago my life was changed forever. I was sitting in Mrs. Robinson’s eight-grade class watching Channel One news. A hysterical teacher threw the door open and screamed Shannon Muti’s name. Shannon was my classmate and has been my best friend for as long as I can remember.
Her grandfather had left his job at the World Trade Center the day before and no one in her family knew if he was at the towers that day. Maybe he was cleaning out his desk. Maybe he was getting the last of his things. Maybe he was saying his final goodbyes to his coworkers. Thank the Lord, he was home safe.
We told it was a terrorist attack on the World Trade Center. At the time, I had never even heard the word terrorist. I had no concept of what it was.
Parents grabbed their children from school, my mother included. While my mother was in tears clinging to me and my sisters, all I could do was complain about missing that day’s volleyball game. She took us to church where we prayed and hugged our neighbors. I had no idea why.
But that day, all of our lives were changed. May we never forget those who lost their lives that day and in the days since defending this country. May we never stop telling the stories of the brave men and women who ran into the crumbling building in hopes of saving lives, even if it meant losing their own. May we never forget the fear our friends and family, like Shannon, felt not knowing the fate of their loved ones who were in the city that day.
And may we always, always thank God for the breaths that were spared and for the sense of unity that was gained when so many other things were lost. May we never forget.