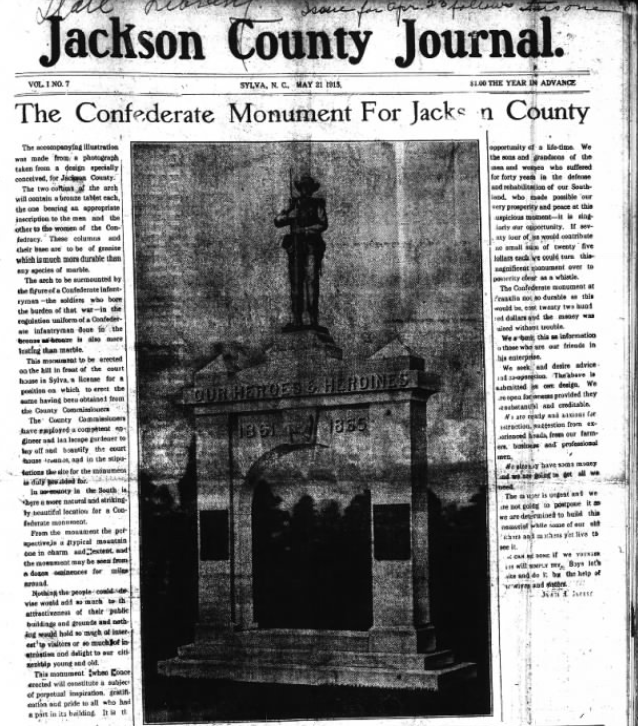 Gayle Woody addressed the board and said that she couldn’t vote to remove the monument as state law prohibits the removal of monuments.

The relevant section of the statute (100-2.1. Protection of monuments, memorials, and works of art) reads: “A monument, memorial, or work of art owned by the State may not be removed, relocated, or altered in any way without the approval of the North Carolina Historical Commission.”

Commissioner Boyce Deitz spoke through his emotion by saying that he believes nothing will change until people’s hearts change – which other county leaders agreed with.

The vote to keep the monument in the same location, with changes to the front of it came after hours of public comment from citizens both for and against the monument. One call during public comment period came from a citizen on the courthouse steps, who said that protesters were forming around the statute and law enforcement had been called to maintain order.

Jackson County Commissioner Chairman Brian McMahan made the motion and Mickey Luker seconded it, which passed 4-1, with Ron Mau voted against it.