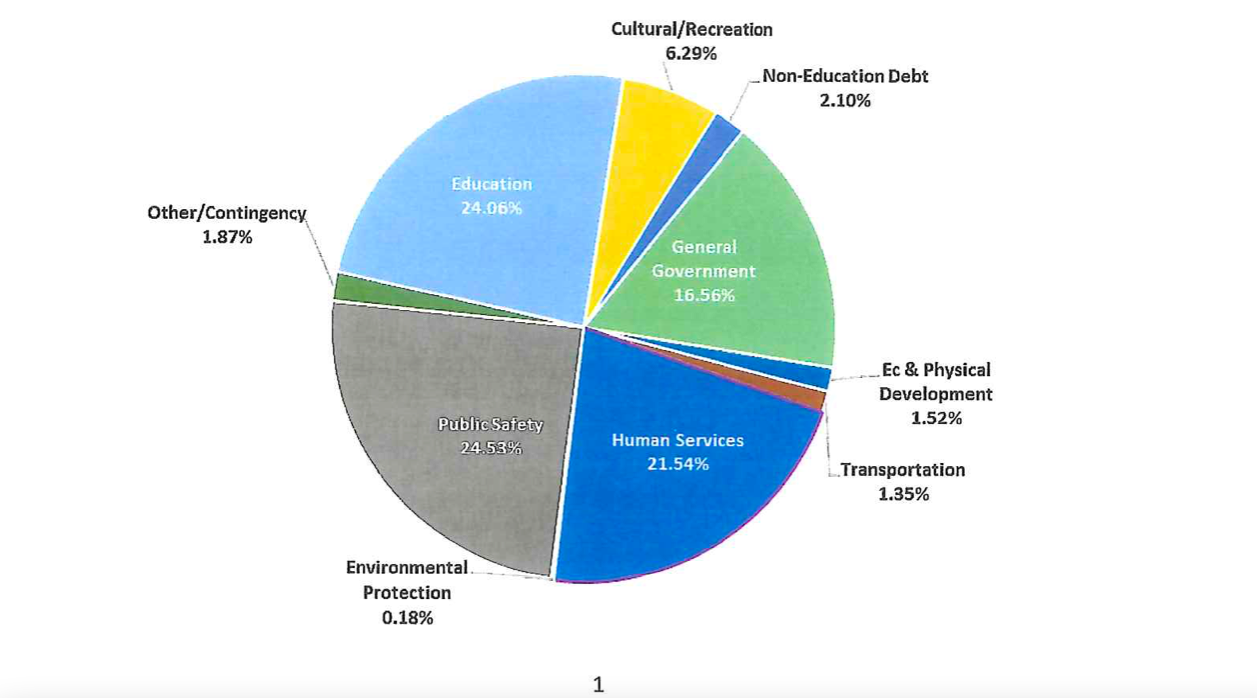 The Jackson County Board of Commissioners unanimously passed a budget just shy of $79 million, which will take effect on July 1. After completing a property revaluation this year, in the midst of a housing boom, Jackson County saw a significant increase in revenues from ad valorem taxes. As a result, when Jackson County Manager Don Adams presented his proposed budget earlier this month, he suggested setting the tax rate at 36 cents per $100 valuation as part of the county’s $78,942,885 annual budget. While Adams’ proposed tax rate is two cents less than the prior year, it is still higher than the revenue-neutral rate of 34.47 cents. While the actual tax rate will decrease by two cents, due to the increase in property tax values duets the revolution process, tax bills will likely remain unchanged.

Similar to steps being taken in Macon County and other counties struggling with employee retention, Jackson County’s budget included a one-time two percent salary increase for all employees. The two percent increase is not a cost of living adjustment but rather a one-step increase in the current salary grade for every employee. This will come at a recurring cost of $426,082. The budget provided funding for a salary study to be completed this coming year.

“We had multiple requests for salary reclassification and salary adjustments,” Adams wrote in his budget message to commissioners. “Currently we are having hardships in employee hiring and retention, especially in Public Safety and Healthcare Professionals. I am recommending a salary study be conducted and I have set aside $1,000,000 in this proposal for a phased implementation. Several of our neighboring counties are currently conducting salary surveys. Failure to reserve budgetary capacity for these needs will result in our inability to competitively recruit and retain essential personnel.”

The budget also included additional funding for career path adjustments and new positions throughout the county. New positions that will be funding beginning July one include a new part-time position within the county garage, five new fire district service coordinators for fire operations, a new general utility worker III position for the county’s grounds department, a new Investigator/Detective position within the Sheriff’s Office, and a new part-time position for wash down and equipment operations within solid waste.

Jackson County’s budget allocates just over $2 million for capital needs and improvements across the county including eight new vehicles at the Sheriff’s office as part of the normal replacement cycle. Nearly $1 million in capital improvement funding will be allocated for new computers, servers, printers, and software across all departments.

The county’s Facility Capital Improvement Plan approved for FY 2018-2022 included three major projects; The health department/one-stop permitting center renovation, the construction of a new animal rescue center, and renovations to the county’s justice center. The health department project was completed last year and the project construction for the animal rescue center is currently in process. Schematic work for the Just Center Renovations will begin at the end of FY 21-22

Above and beyond the county’s $79 million budget, Jackson County is expected to receive an additional $8,521,505 from Federal Coronavirus Relief Funding that Adams said the county will soon begin discussing how to best utilize the funding in the coming year.

While Jackson County approved a budget that reflected a two-cent decrease in the ad valorem tax rate, the town of Sylva approved a budget that included a 1.5 cent increase bringing the town of Sylva’s tax rate to 44 cents per $100 valuation. Had the town of Sylva kept the 42.5 cent tax rate from last year, the town’s budget would have still been 7.86 percent higher in revenues due to the property valuation — but with the additional property valuations and a tax increase, the town will see an 18 percent budget increase bringing the total annual budget to $4.9 million.

Sylva Town Manager Paige Dowling proposed the increases primarily to fund one additional police officer for the Sylva Police Department and one part-time sanitation worker for the town. Sylva Police Chief requested funding for two additional officers, however, after public opposition, the town voted to approve funding for one new position which will bring the department total to 15.