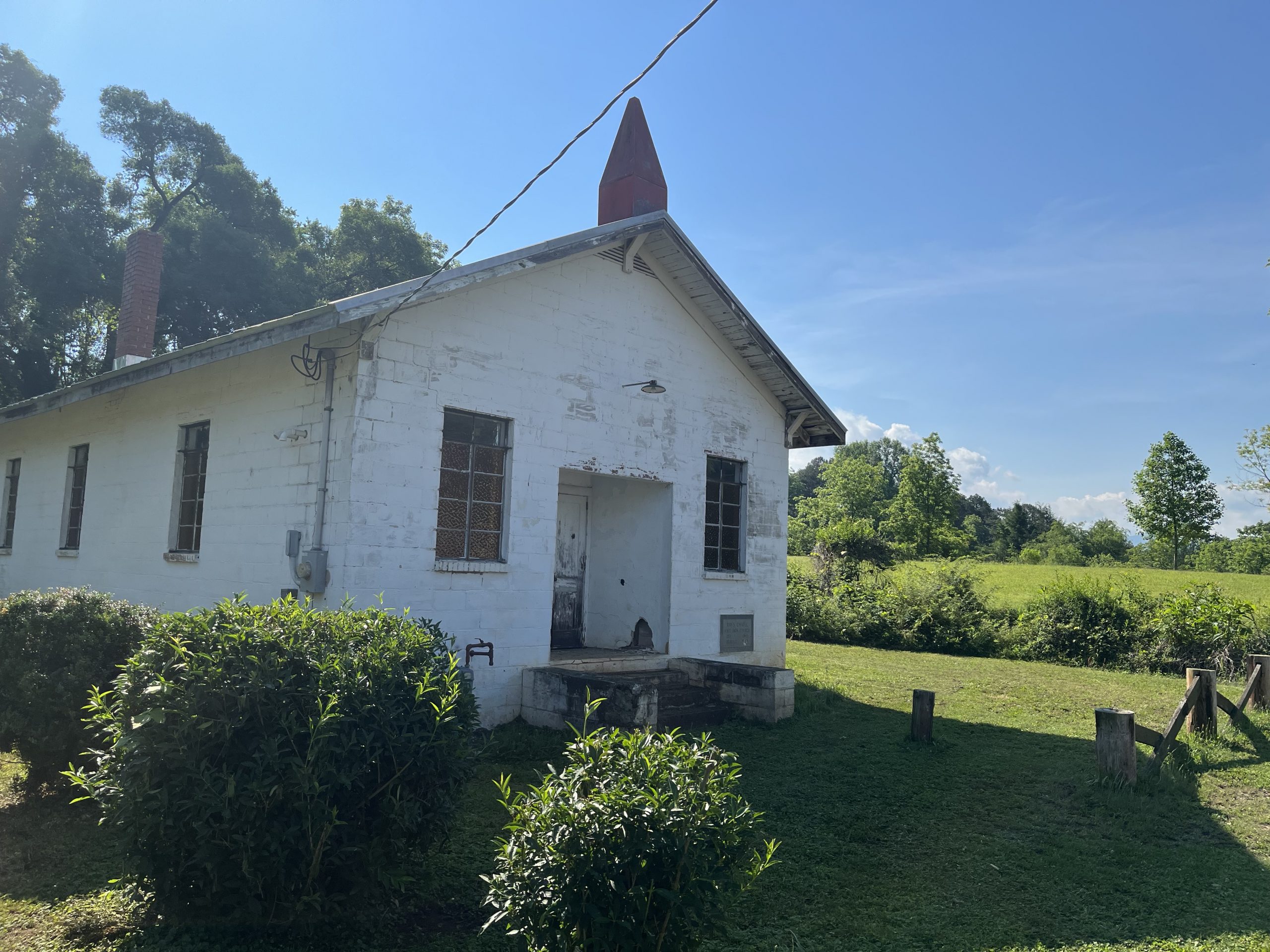 Every day, traffic steadily drives up and down Green Street passing by but paying little to no attention to one of Franklin’s remaining historic sites, Ray’s Chapel. Although abandoned and neglected for many years, Ray Chapel still stands representing the first black church to be built in Franklin. Recently a new partnership has been formed with the hopes of restoring Ray’s Chapel, from its current deteriorated state to a preserved historic site possibly one day serving as a community center.

The new partnership is actually continuing the work of former historian Barbara McRae who dreamed that one day the historic building would one day be restored. Sam Bowman, who is one of the key players in the renewed interest in the restoration project, was discussing Ray’s Chapel with McRae in the final months of her life.

McRae worked closely with the church’s only surviving trustee, Dot Gibson, in the hopes that the building could be restored to its former state and serve the residents that live in the area. McRae’s vision for the historic building was after itsrestoration it could be used for community gatherings, historical programs, exhibits, music venues and literary events.

McRae had approached the Franklin Town Council to gain their support and had recruited several volunteers who were willing to donate labor and material for the restoration project.

Unfortunately, with McRae’s passing the project was soon forgotten with the church once again abandoned left standing to endure further deterioration and vandalism. Although the building has continued to deteriorate, the existing concrete building is structurally sound.

The goal of Bowman and other team players, including Gary St.Arnauld and Bill Crawford, is to generate new interest in the restoration project with the hope of raising enough donations to begin much needed repairs to the exterior of the building. Initial plans will be to clean, repair and paint the exterior as well as replace the existing doors with a more substantial and secure door system.

The group has been working with the local Rotary Club and the women’s history group and has applied for a Lowe’s community grant. A GoFundMe page entitled “Restore Ray’s Chapel” has been created to raise donations for the project. The goal of the GoFundMe page is to raise $20,000 for the restoration project.

Ray’s Chapel began in 1865 on Harrison Avenue before moving to Green Street. In 1949, the chapel was built on the lot at 65 Green Street donated by Nan and Matt Ray. Thechapel was home to the African American Methodist Episcopal Zion (AME Zion) church charted as a black denomination in 1801 and established in 1820 40 years before the Civil War.

If anyone is interested in helping McRae’s dream to restore the historic chapel become a reality, donations can be made at www.gofundme.com under “Restoring Ray’s Chapel.”