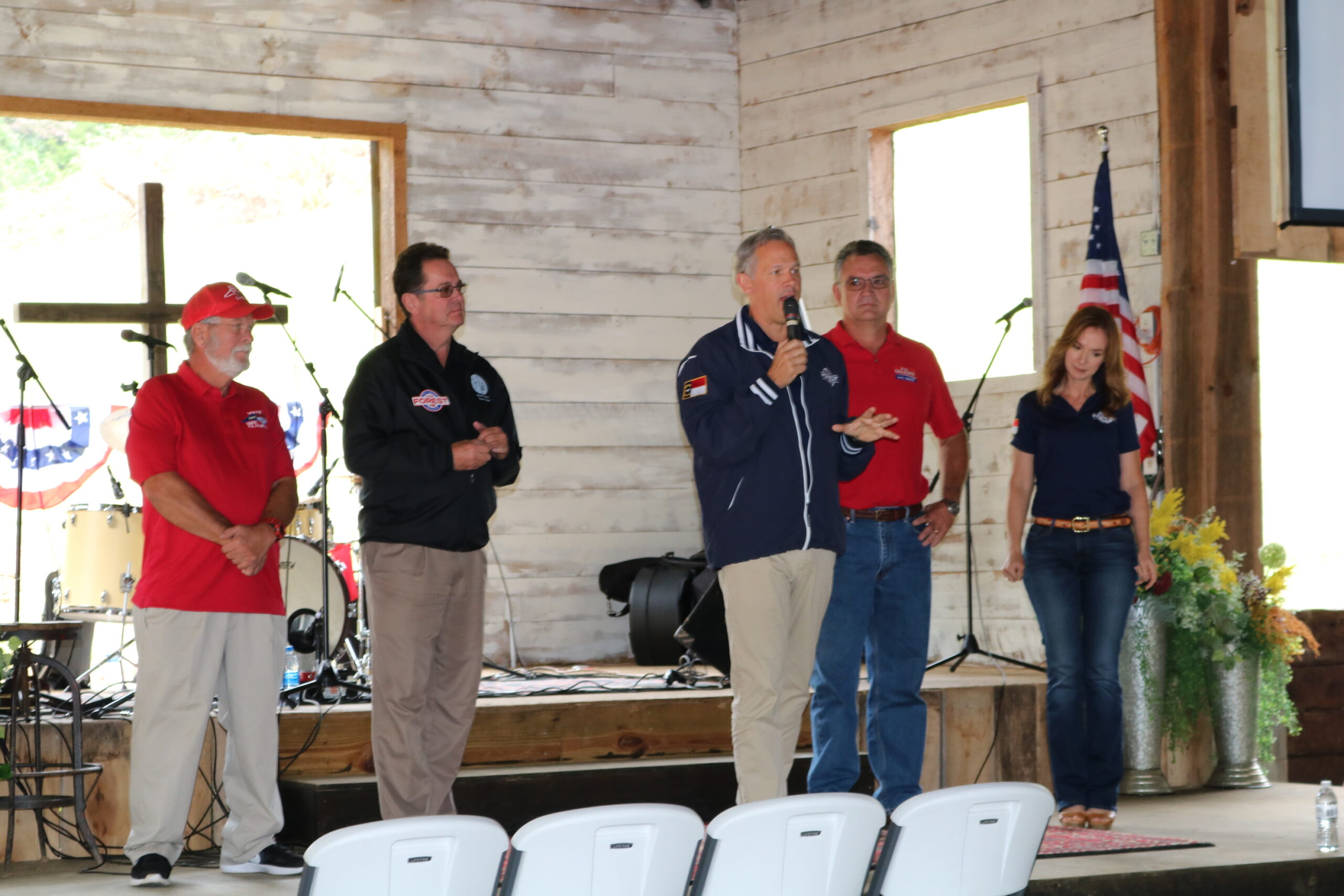 Saturday’s afternoon stop in Jackson County was held at the Old Mater Farm and featured music from local musicians, Mountain Faith. Cawthorn spoke to voters encouraging them to “stand up for freedom” and vote Republican in November.

Cawthorn introduced Forest, who spoke for a brief time before announcing he would be leaving Jackson County to fly down to Fayetville, North Carolina to join President Donald Trump on a campaign stop. 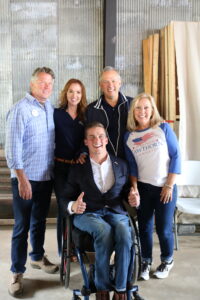 Forest rallied supporters to educate their friends against what he called the “Leftist agenda” — the defunding of law enforcement and Gov. Cooper’s response to the COVID-19 pandemic, which Forest claimed was an overreach of power.

“This is freedom,” Lt. Gov. Forest said of the several hundred people attending the event. “This is America. This is what it looks like. And in 45 days, we are not only going to get it back, but we are going to protect it for our grandkids.”

Forest called local candidates in attendance to the stage and told supporters that voting in the local elections and voting for candidates such as Cawthorn, Corbin, Clampitt, and Gillespie as well as Conservative Judges like Kaleb Wingate locally and Justice Paul Newby on the state level, was important to protecting conservative values