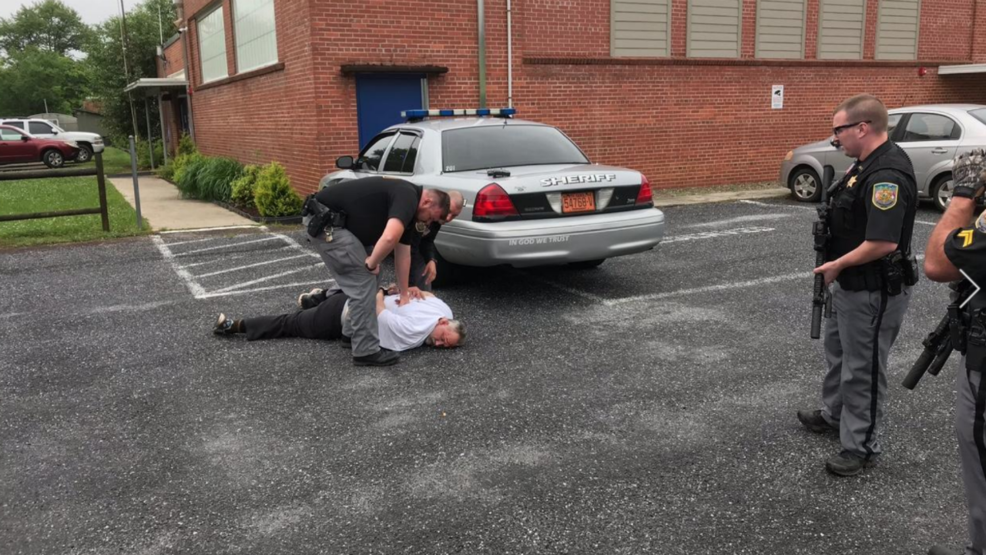 A Macon County man was sentenced to 18 months of unsupervised probation and permanently banned from all K-12 schools after Judge Athena Brooks found him guilty during a bench trial of charges stemming from an incident that occurred on May 31, 2018.

Macon County Schools Superintendent Dr. Chris Baldwin said that Union Academy staff were called to testify during the trial last week, including Principal Diane Cotton, who was present during the trial.

“We are grateful to the courts for taking this incident seriously,” said Dr. Baldwin in response to last week’s verdict.

On a Thursday morning in 2018, the staff at Union Academy encountered a man, later identified as Sean Hackett, who walked onto campus shouting “it’s time” while attempting to access vehicles parked outside of the school. Devon Deal, who was the assistant principal at the time of the incident, went outside to see if she could help the man at which point Hackett charged Deal while reportedly shouting, “the children, the children.”

As Deal attempted to run into the school, Hackett forced his way inside. Deal began running down the hallway to alert the building that there was an intruder. The school was ordered into a lock down and teachers locked classroom doors — there were no students in the building at the time of the incident as school had already let out for summer, however there were staff and a few kids inside the building at the time, including Deal’s 5 and 7 year old children.

“I heard screaming coming from the front office area,” Rogers wrote in the incident report in 2018. “Then the secretary came screaming that an unknown male had gotten into the school and was chasing the assistant principal.”

Rogers initially drew his gun, but after confirming Hackett was not armed, he switched to his taser.

“He would not comply,” said Rogers in his report. “Once I was in contact with him, I realized he wasn’t armed, but was apparently 10-37 [mental subject], same was screaming and out of control. I switched from handgun to Taser and he started down the hall after a teacher, and after several warnings of [a] Taser deployment, and refusal to comply, I deployed the Taser multiple times. This altercation went back into the parking lot and [an assisting officer] arrived and we were able to take the suspect to the ground and got him into custody.”

Macon County Sheriff Robert Holland, who prioritized securing SROs for each school site in Macon County during his tenure as Sheriff commended Rogers quick response and noted that SROs are vital to the safety of public schools.

“The perimeter of each school campus became a security priority as a result of this incident,” said Dr. Baldwin. “We continue to direct capital outlay funding toward this priority.  In addition, security measures were added to school lobbies. The number of security cameras were also increased across the district.”