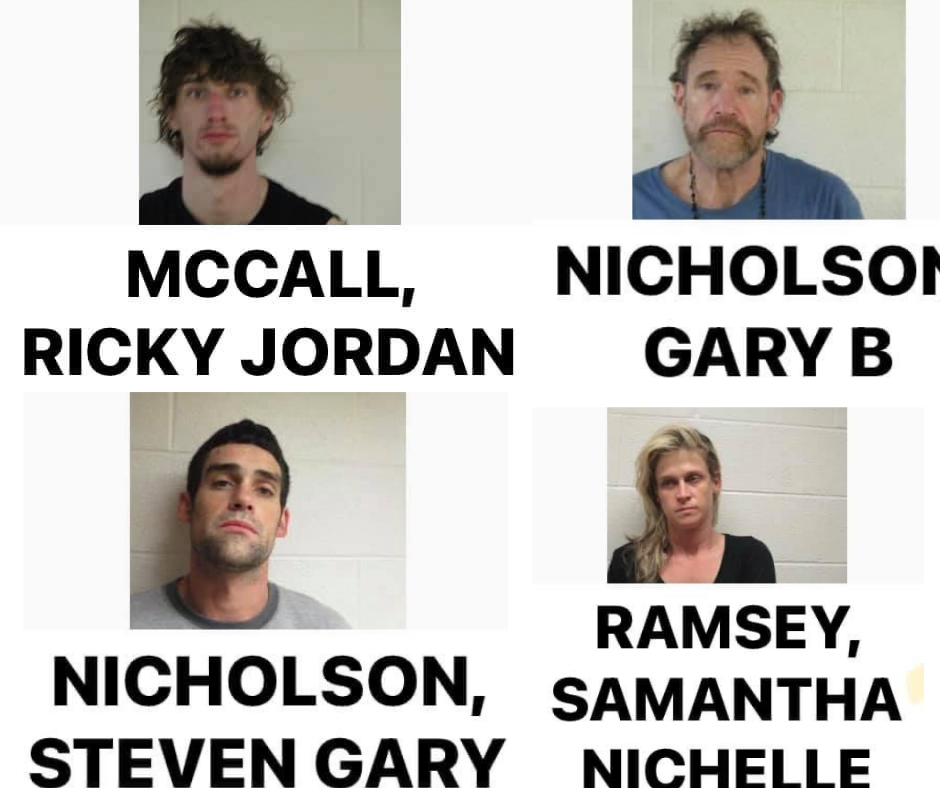 Following the incident in Highlands/Scaly Mtn. area reported on Wednesday, the four suspects detained have now been charged with various offenses related to the incident. All four suspects currently remain in the Macon County Detention Center following the investigation by the Macon Co. Sheriff’s Office/Franklin Police Narcotics Unit, NC Probation with the assistance of NCSBI, FBI and NC Wildlife.

During the search, detectives seized multiple items of evidence including six firearms, 134 grams of methamphetamine and three pipe bombs. An SBI Bomb unit determined the devices were active and worked safely to document for evidence and then remove the devices from the home. While on scene detectives were able to determine at least two of the suspects were convicted felons.

Sheriff Holland states, “These arrests are a direct result of good police work by the detectives working in our MCSO/FPD Narcotics Unit. They were following up on information they received during another ongoing drug investigation.”