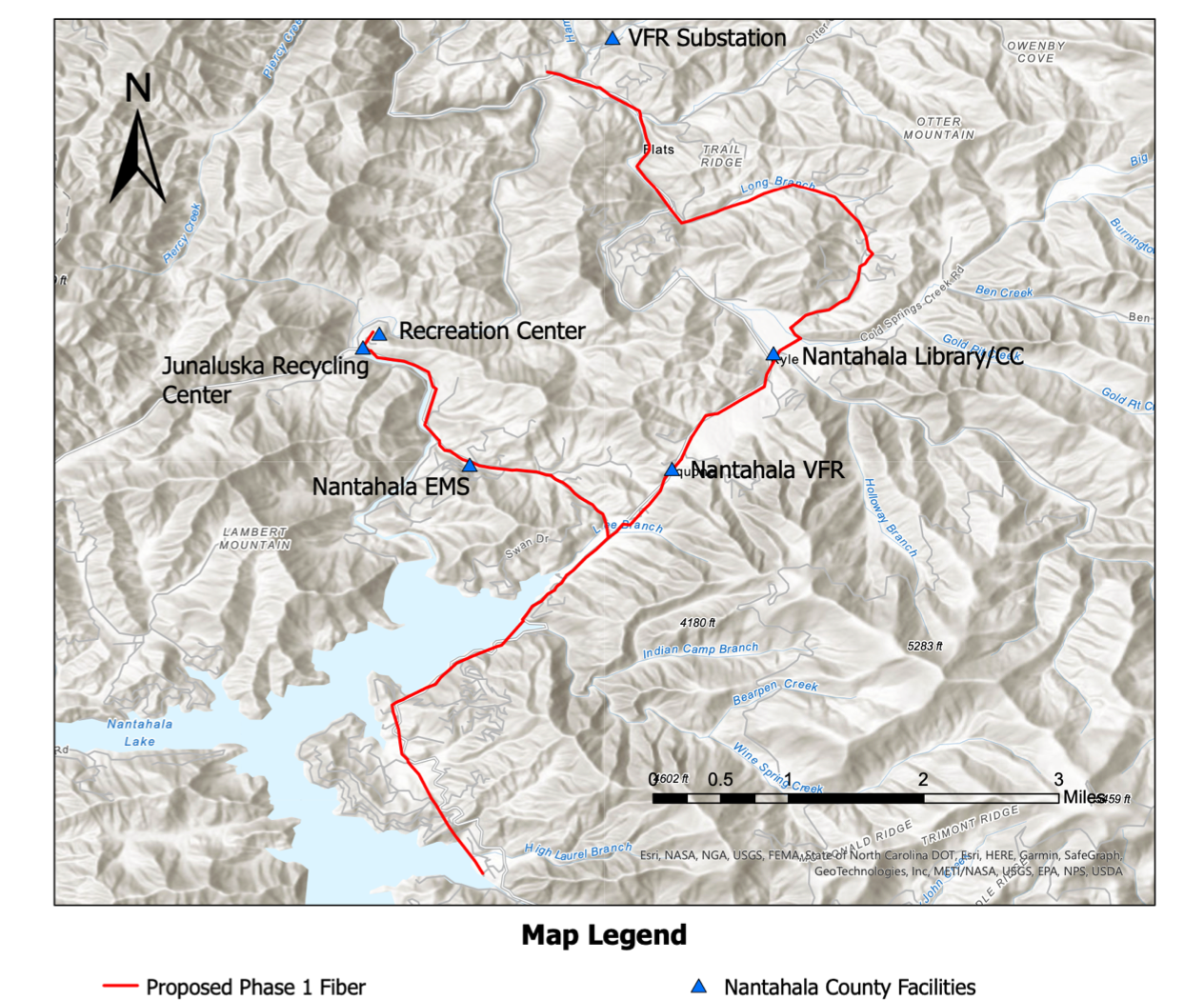 With plans for a new community building and library space moving forward in Nantahala, Macon County Commissioners voted to request service proposals to bring broadband to the Nantahala Community.

The project will be a public/private partnership in which the county will provide matching grant funds to establish broadband in the community. The grant funding will be $400,000 and will primarily be funded with money left over after the renovation and repairs for the new community center and library building.

The Request for Proposals that went live on January 23rd states, “The County of Macon, North Carolina, seeks proposals from qualified internet service providers to deploy and operate a high-speed fiber to the premises network within Nantahala Township. The County will offer funding in the form of a general funds grant to help subsidize a portion of the infrastructure cost. Little T Broadband in partnership with Macon County is assisting in the administration of this Request for Proposals (RFP).”

According to Jeff Lee, with the county’s broadband committee, the $400,000 from the county serves as an incentive for providers, who would end up spending an estimated $1 to $2 million on the project themselves.

Nantahala Township currently has no high-speed broadband internet service available to businesses and residences. Though solutions may be possible in a 2-6-year timeframe from either the Frontier GREAT grant or Charter RDOF awards, neither of these programs are guaranteed. The County, therefore, wishes to accelerate the deployment of broadband to bring much-needed connectivity and help to improve education, safety, and economic development to citizens in this area.

The project defined in this RFP is the first part of a three-phase plan to bring high-speed internet service to Nantahala Township and is referred to as Nantahala Phase 1. The goal of this initial phase is to establish fiber infrastructure in the primary population corridors of the Township in and around Nantahala Lake within 2 years. The fiber deployed for this phase will initially be used to provide high-speed internet service to four County facilities and as many residences and businesses as possible located within 500 feet of the fiber routes.

The RFP includes the requirement that county-owned facilities in the Nantahala area be connected, such as the Nantahala Volunteer Fire Department, EMS, the Library and Community Center, and the recreation center. The estimated length of the fiber lines would be 11.5 miles, focusing on Wayah and Junaluska roads from the school to the southern end of the lake and from Wayah to the recreation center. In addition to the county facilities that will be connected as part of the project, any home or business in the designated area that falls within 500 feet of the lines installed for the infrastructure will also be able to connect to the system.

Macon County will have an idea of which providers, if any, are interested in taking on the project by February 3rd, which is the deadline given in the RFP for providers to inform Macon County of their intent to respond. Providers will then have until March 3rd to submit their proposals to Macon County.

The county match for the project will be allocated to the grant associated with this RFP are drawn from the Macon County general revenue fund. As such, there are no specific restrictions set forth on allowable expenses. As was implemented for the South Macon Broadband Expansion Project initiated in 2020, the County anticipates that the grant funds payout for Nantahala Phase 1 will be structured as one-half at the start of construction and the remaining balance upon meeting a set of completion metrics. The exact structure of grant payout and associated start and completion metrics will be defined in a grant agreement that will be executed between the County and the chosen provider.