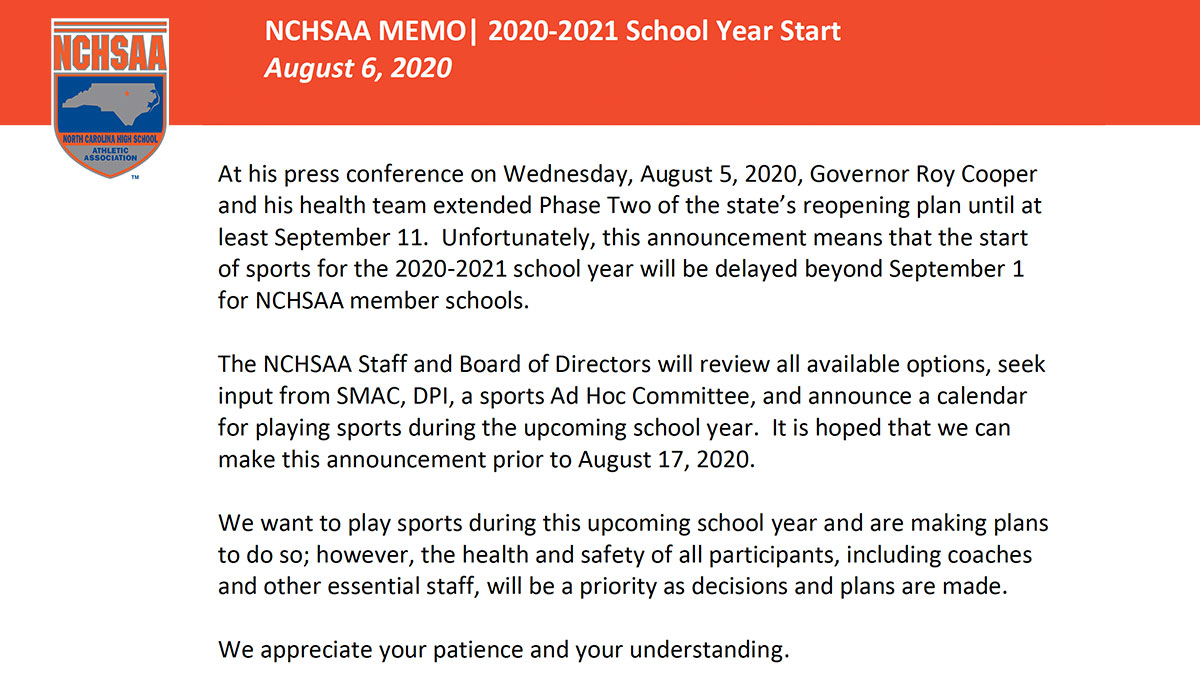 One day after North Carolina Gov. Roy Cooper said the state will remain in Phase 2 for an additional 5 weeks, the N.C. High School Athletic Association announced it would extend the of high school athletics beyond September 1.

“At his press conference on Wednesday, August 5, 2020, Governor Roy Cooper and his health team extended Phase Two of the state’s reopening plan until at least September 11,” the NCHSAA’s statement read. “Unfortunately, this announcement means that the start of sports for the 2020-2021 school year will be delayed beyond September 1 for NCHSAA member schools.

“The NCHSAA Staff and Board of Directors will review all available options, seek input from SMAC, DPI, a sports Ad Hoc Committee, and announce a calendar for playing sports during the upcoming school year. It is hoped that we can make this announcement prior to August 17, 2020.

Schools the Franklin Panthers face throughout the season such as Asheville have had players test positive for COVID19, ending their summer workouts. The Panthers have been practicing and following social distancing guidelines to do.

NCHSAA rules state that football players must have at least eight practice days before playing, including three in full pads. Teams usually practice at least two weeks before playing, but the earliest date a team could play, after the eight days of practice, with an additional extension would likely push the start of football season into October.

North Carolina is not the only state delaying the beginning of sports this Fall — with many states across the country issuing similar delays.