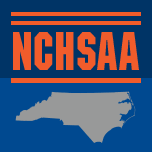 The North Carolina High School Athletic Association (NCHSAA) released initial details surrounding its realignment plan for the 2021-2022 school year last week, giving high schools across the state the first look at possible reclassifications. According to the NCHSAA bylaws, realignments of schools is conducted every four years to continually assess the change in school populations and demographics.

The NCHSAA will use average daily membership (ADM) numbers from the 2019-2020 school year to form the new realignment plan, which will split schools into four evenly distributed classifications. Historically, ADM was the only metric used to determine classifications, with larger schools going into larger classifications, however, due to the coronavirus pandemic, the NCHSAA will instead assign a realignment score to each school. The ADMs will only account for 50 percent of the realignment score. The numbers have been adjusted for local policy changes and for specialty schools or early colleges.

The realignment process is expected to impact sports classifications through 2025. In addition to ADM, two other metrics will now be configured when determining school classifications. A three-year average of the Identified Student Percentage numbers, which indicates how many students received government assistance based on USDA standards will account for 25 percent of the realignment score and the average of the previous three years of NCHSAA State Cup points will account for the other 25 percent.

To account for geographically challenges associated with high school athletics, each school will be placed in either the east or west region based on the county. Then, based on the realignment scores, the NCHSAA will take the largest 25 percent of schools in each region and place them in the e4A classification, the next 25 percent into the 3A, then 2A, then the last 25 percent into 1A.

This means classifications will be set based on the realignment scores within a region, not across the state. The regional line is split in the middle of the state with the boundary running from Caswell County, south through Alamance County, Chatham County, Moore County, and Richmond County, with 45 counties and 216 falling into the West region, which includes Macon, Jackson, and Swain Counties.

Beyond the western region schools, conferences will be created in the east and west with split conferences used as necessary to avoid hardships such as geography and travel. Ideally, using regions to set the realignment will also result in less travel come playoff time.

The NCHSAA is expected to release a draft proposal of new conferences on Dec. 10, following a review by the state realignment committee. The Realignment Committee was determined during the Fall 2019, which includes an overall chairperson, an Eastern co-chair, a Western co-chair, and eight superintendents representing each of the eight regions. The membership nominated additional members of the committee (one per region) at balloting during the appropriate NCHSAA Regional Meeting. Also represented on the committee is the State Department of Public Instruction, the North Carolina Coaches Association, the North Carolina Athletic Directors Association, and the North Carolina School Boards Association. Each of those organizations selected their representatives to the committee.

The NCHSAA Board of Directors is scheduled to vote on the final realignment plan in March with the changes scheduled to begin in the Fall 2021 school year.