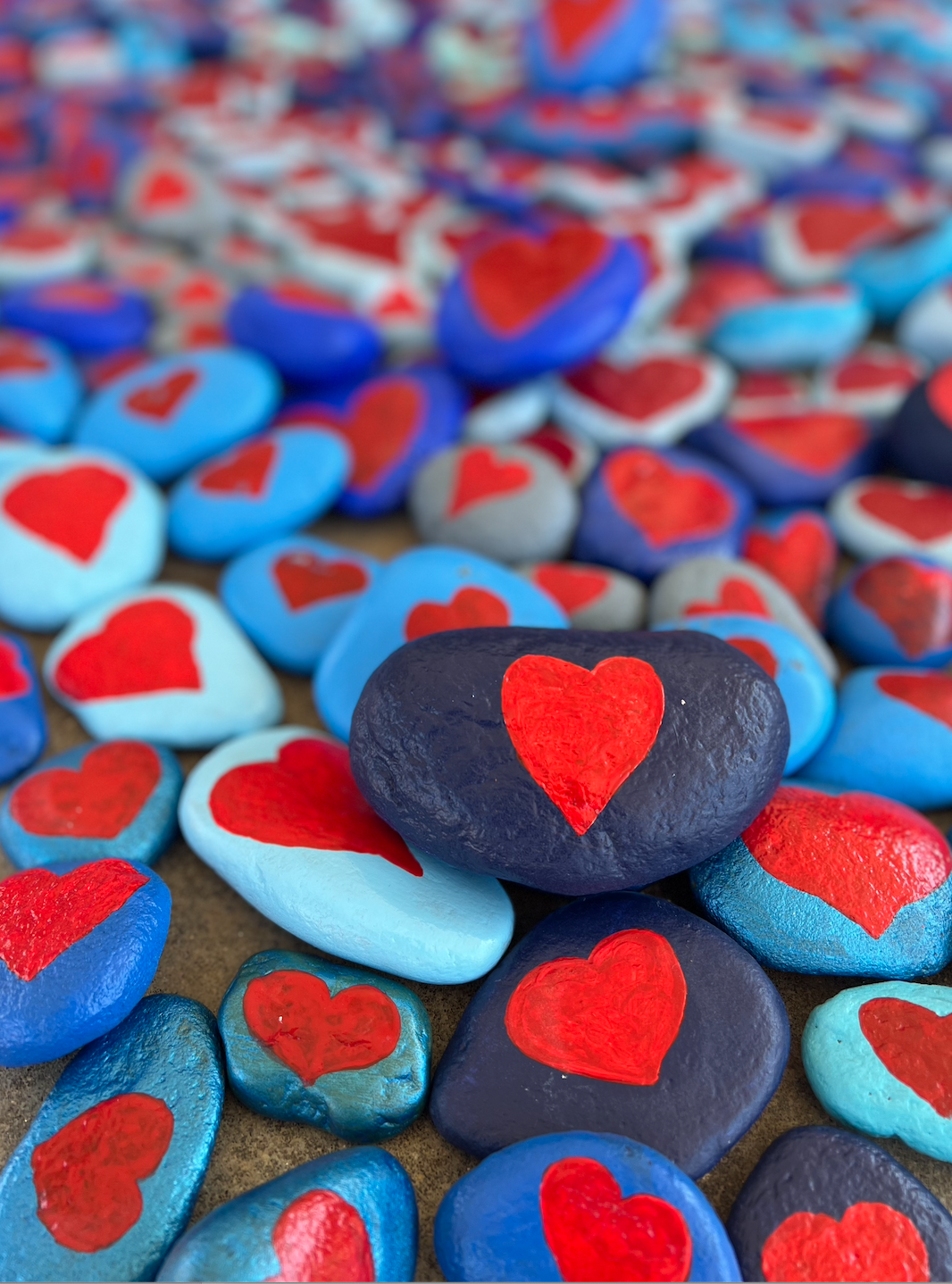 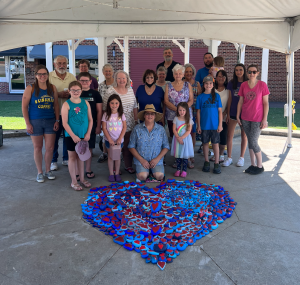 Saturday morning a group of artists met for the second consecutive year at the Gazebo in downtown Franklin and counted beautifully decorated rocks one by one until the very last — the 696th rock — was counted. The rocks were painted blue and featured a red heart in the center — the original design of the Paint a Rock, Hide a Rock event held around the world on July 24.

A movement to share random acts of kindness has spread across the country and taken root in Franklin over the last few years. The rock painting group held an event over the weekend to send a special message. 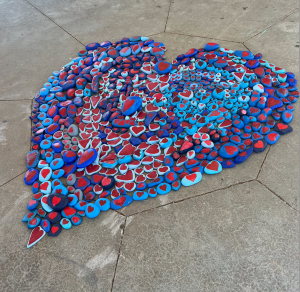 Facebook group in 2021 after coming across the idea of The Paint a Rock, Hide a Rock first proposed by Nancy Powell Pierson. Pierson, whose original rock group is Northeast Ohio Rocks, started in 2016.

In 2021 the group painted 540 rocks that were hid all over Macon County and beyond. In the event’s second year, Thorn said the final tally for painted rocks were 696!

The rocks were taken by members of the group after the event and hid around town and on various travels.

The celebratory rock holds a special meaning — the blue represents the world and the red heart represents the kindness created by painting and hiding rocks. The design was kept simple, so all artists with all abilities and talents could participate. 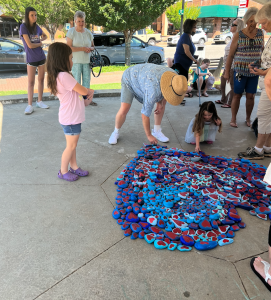 The public Facebook group for the event has more than 5,000 members and features participants from all over the world in places such as Germany, California, Connecticut, and England.

Members of the Franklin Rocks Group have been working on the 2022 rocks since the inaugural event concluded and hope to continue to grow the event each year.