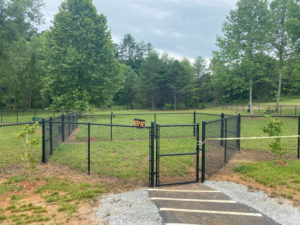 “Everything is ready at the new dog park and we will be opening by the middle of July,” said Adams. “We have been monitoring the Governor’s orders regarding COVID19, and believe that the dog park can operate under the guidelines of a park rather than a playground. It is important for the public to practice social distancing while at the park whenever possible. We are excited to have a new space dedicated to dogs in our community.”

After residents spoke to Macon County Commissioners about potential improvements to the original Dog Park near the Greenway, leaders decided to look for a larger, more shaded area to relocate the dog park. The county already owned a parcel of land located along Phillips Street locally known as Frogtown, so committing to constructing the park for residents — both two-legged and four-legged— was an easy decision. The county invested $120,000 to build the new dog park. 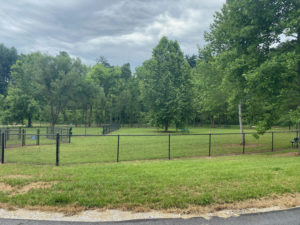 The 7.35 acre tract of land on Phillips Street features new fenced areas for varying size canines, and will have its own public restrooms as well as a walking trail around the exterior. The Franklin Town Council unanimously voted to waive the cost of water for the public bathrooms to be operational, making the dog park a joint venture with the county. 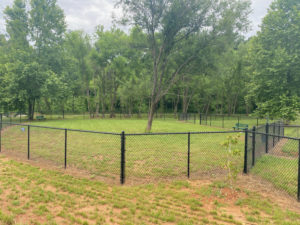 While developing the property, Adams noted that an abundance of seed was sewn over the surface to help prevent water pooling on the surface. Now that the wettest Spring months have passed, a few more weeks to give the grass a chance to continue to grow in will help keep the park in the best shape for residents.