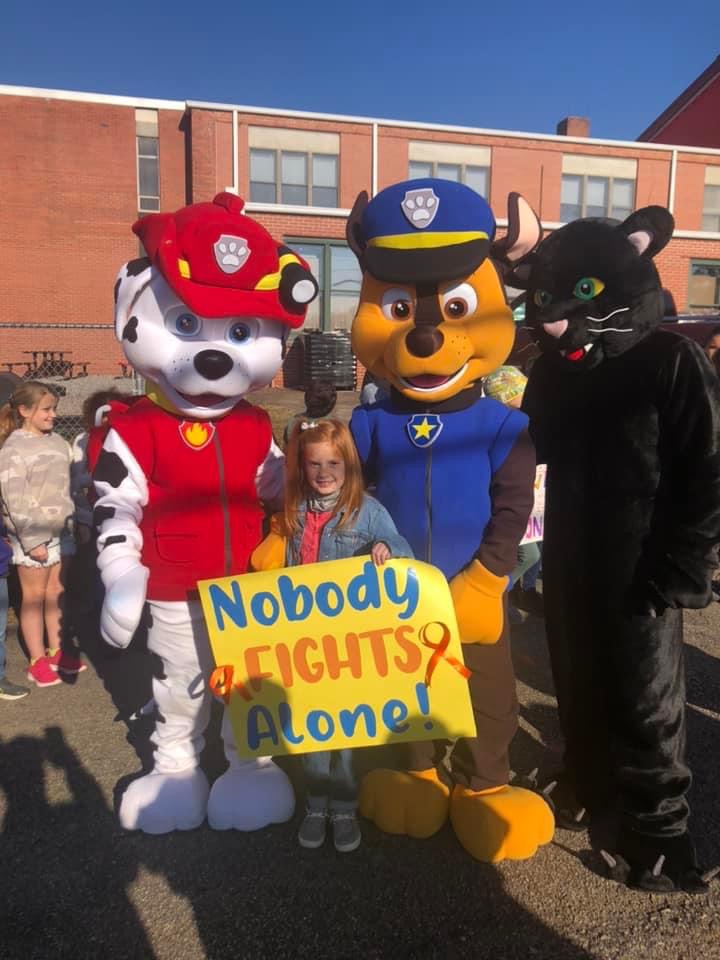 By Brittney Lofthouse on November 4, 2022

Amber and Jay Wright, both of whom work for the Macon County Sheriff’s Office, took their daughter Willow to Angel ER on October 21 after they were unable to control her fever and ease her stomach pains. Not long after being seen at Angel Medical Center, the Wright’s received the news that Willow needed to be transferred to Mission Hospital in Asheville for a 3 inch mass found on her right kidney.

Mission Hospital admitted Willow and biopsied the mass to confirm what they suspected… cancer. On October 25th, Wright’s were handed the devastating news.

“On October 25th we received the news from the Oncologist that it was cancer but they didn’t have a large enough sample to tell the type,” said Amber Wright. “They also stated that Willow needed to be admitted again to Mission so they could remove the tumor the next day.”

Willow underwent surgery on October 26th to remove her right kidney along with the tumor. She remained in the hospital until October 29th to recover. On Wednesday, the Wright’s received Willow’s official diagnosis.

“We received the final diagnosis that Willow has Stage 3 Wilms Tumor,” said Amber. “The next plan is to start Chemotherapy and Radiation on Monday.”

Facing a long road ahead, Willow’s school, East Franklin Elementary, and members of the community rallied around her on Friday morning for a parade to let her know that “Nobody fights alone.”

“We appreciate the faculty students and all the first responders that came out today to support a member of our MCSO family as she begins the fight of your life,” said Macon County Sheriff Robert Holland. “Our hearts are broken that she and her family are facing this battle but we believe God has this and we will continue to pray for complete healing.”

Belle and the Beast from the Overlook Theatre’s current play at the Smoky Mountain Center for the Performing Arts Center made a special appearance for Willow, as did Chase and Marshall from Paw Patrol. With her classmates and members of the community cheering her own, Willow was showered with words of encouragement and special notes to take with her.

“We are truly blessed by a loving and faithful God,” Amber said. “All the prayers and gifts by family, friends, Macon County Sheriff’s Office family, other Law Enforcement family and people we don’t even know are overwhelmingly beautiful. We truly can not thank everyone enough for your support. Our Willow has a heart and a fighting spirit that can’t be broken. I pray that this journey inspires people to follow Jesus and know his love, for without him we are nothing.”