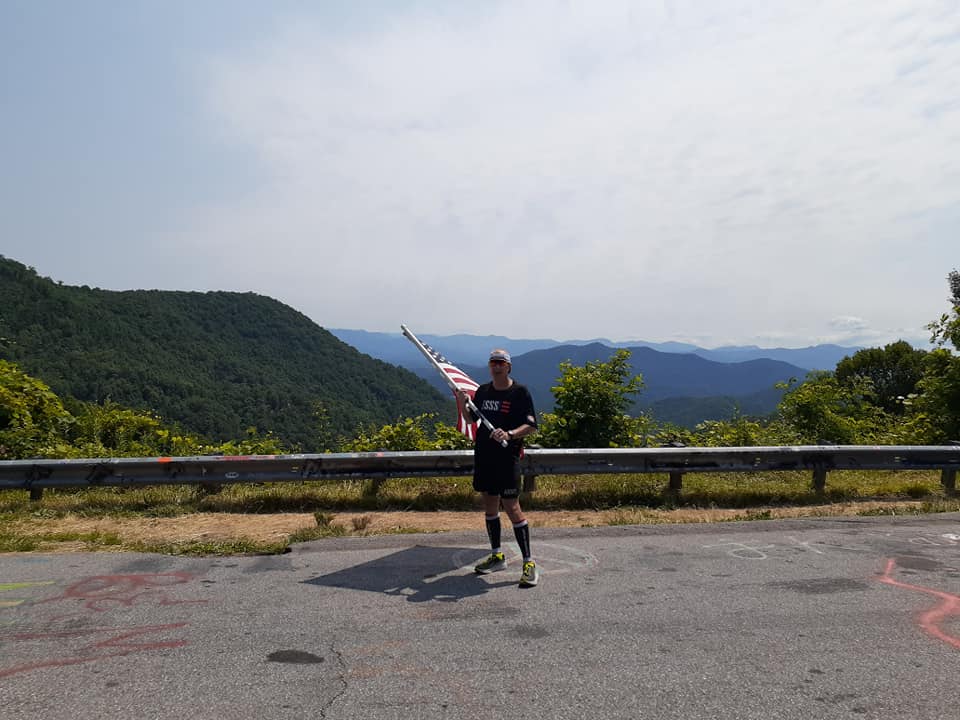 Macon County Sheriff’s Office Deputy Scott Nelson spent his Fourth of July running from the top of Cowee Mountain to Winding Stair Gap — 20 miles — to raise awareness and bring recognition to SSS, Stop Soldier Suicide, an organization near and dear to his heart.

Nelson’s brother, Edward Nelson, who served tours in the United States Army in Iraq, Korea, and Bosnia, took his life in 2006. Having experienced the trauma of losing a loved one to suicide firsthand, Nelson wanted to do something to bring attention to resources available for those in need.

“As a 23-year veteran myself and having experienced the devastating loss of my brother — I don’t want any other family to ever have to go through this or have this feeling,” said Nelson. “Sometimes serving in the military is too much pressure to withstand and they feel like they have no place to turn. We need to give our veterans a place to turn to support them and their families. I decided to do this to raise awareness about the available resources that can help them through those difficult times.”

The idea to bring awareness to SSS stems from a commitment Nelson has previously made to complete 250 cycling miles during the month of July. While he is already over 60 miles into that goal — he thought running from Cowee Mountain to Winding Stair gap, carrying an American Flag on the Fourth of July was the perfect way to kick off the 250-mile challenge.

“On average, 22 soldiers take their lives every day. We need to put a stop to this, we need to support them when there is no place to turn,” said Nelson. “It is an honor to bring awareness to this cause.”

With the support of his family, Nelson began his run at the Macon/Jackson line around 7:15 a.m. heading 20 miles to Winding Stair Gap. The route took him around 4 hours to complete, reaching the finish line at 12:15 p.m.

Along the 3,396 feet of elevation change of his run, Nelson was met with honks of support and cheers from people passing by, many of whom stopped to offer water and encouragement.

“Everything just really lined up and I was really surprised and grateful for the support,” he said. “It was amazing.”

The biggest challenge came in the last three miles of the journey. Nelson said exhaustion paired with four miles of a continuously uphill climb was extremely difficult.

“The last three miles before reaching Winding Stair Gap was the hardest part,” Nelson said. “The extreme elevation change, the exhaustion, everything made those last miles tough. I managed to keep a pretty steady 9:15 pace for most of the way, but by the last three I ended up having to walk a lot, but I finished.

In addition to kicking off his 250-mile cycling challenge for this month, Nelson said his Fourth of July run was also good preparation for the Chattanooga Iron Man race he is registered for in May 2022. That race, too, will have a deeper meaning as Nelson will be running in honor of the Gold Star Initiative, transitionfromwar.com — an organization designed for families who have lost loved ones in service. Nelson will carry an American flag during that race as well and after crossing the finish line, the flag will be presented to a Gold Star family in honor of their lost loved one.