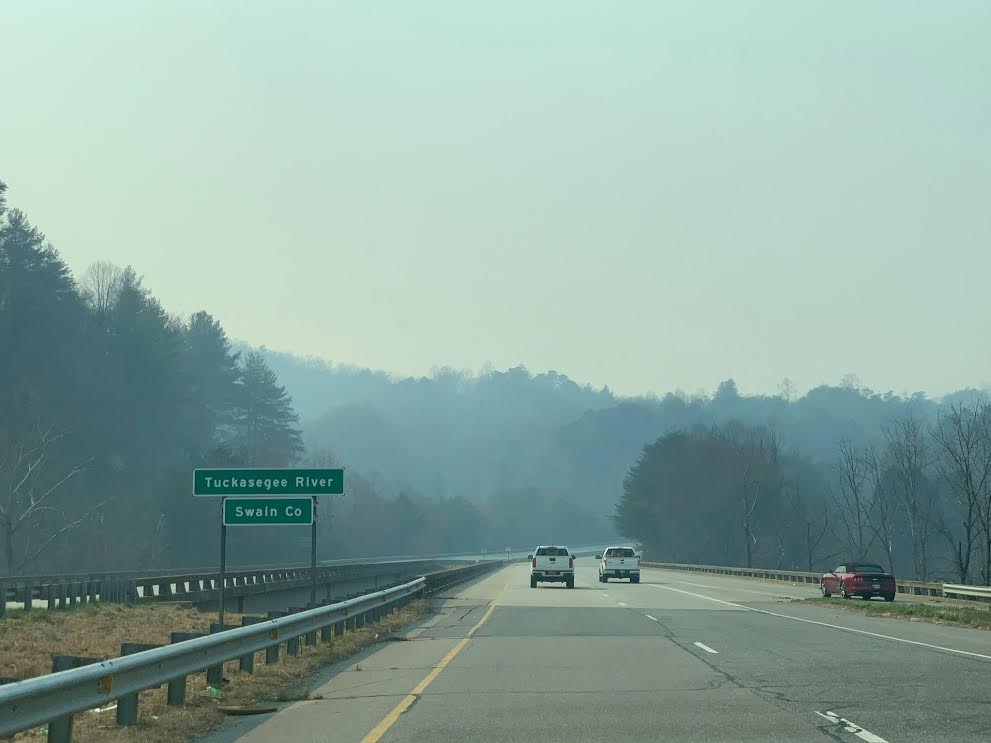 While there have been several smaller brush fires in the area, one in Swain County and three in Jackson County, the fire in Graham county is of 1,100 acres — causing the majority of the smoke in the mountains today.

The U.S. Forest Service is planning 10 prescribed burns on the Nantahala Ranger District in Macon and Jackson counties in the coming months to reduce the risk of wildfires. The low- to medium-intensity burns also create healthier, more diverse, and more resilient forests that can better support wildlife.

Here are the controlled burn locations planned this spring on the Nantahala Ranger District:

The dates for the burns and the actual number of units burned will depend upon weather conditions. Burning days are changeable because the proper conditions are needed—wind and relative humidity are key factors in fire behavior, safety and smoke control. Prescribed burning will only occur when environmental conditions permit. During the burns, proper personnel and equipment will be on site and some roads and trails may be closed to ensure safety.

All prescribed burns are thoroughly planned and analyzed by a team of specialists to ensure that wildlife, fisheries, rare plants and historic sites are not harmed. Habitat for a variety of wildlife species can be improved through carefully planned and executed prescribed burns. Regular burns promote the growth of plants that provide food for wildlife including important game animals such as deer and wild turkey.

Prescribed burning is an important and versatile forest management tool that can mimic natural fire disturbances and reduce underbrush and flammable vegetation, which is key to limiting wildfire risk. During the historic fire season of 2016, some fires were quickly extinguished because of previous prescribed burning that had occurred in those areas.