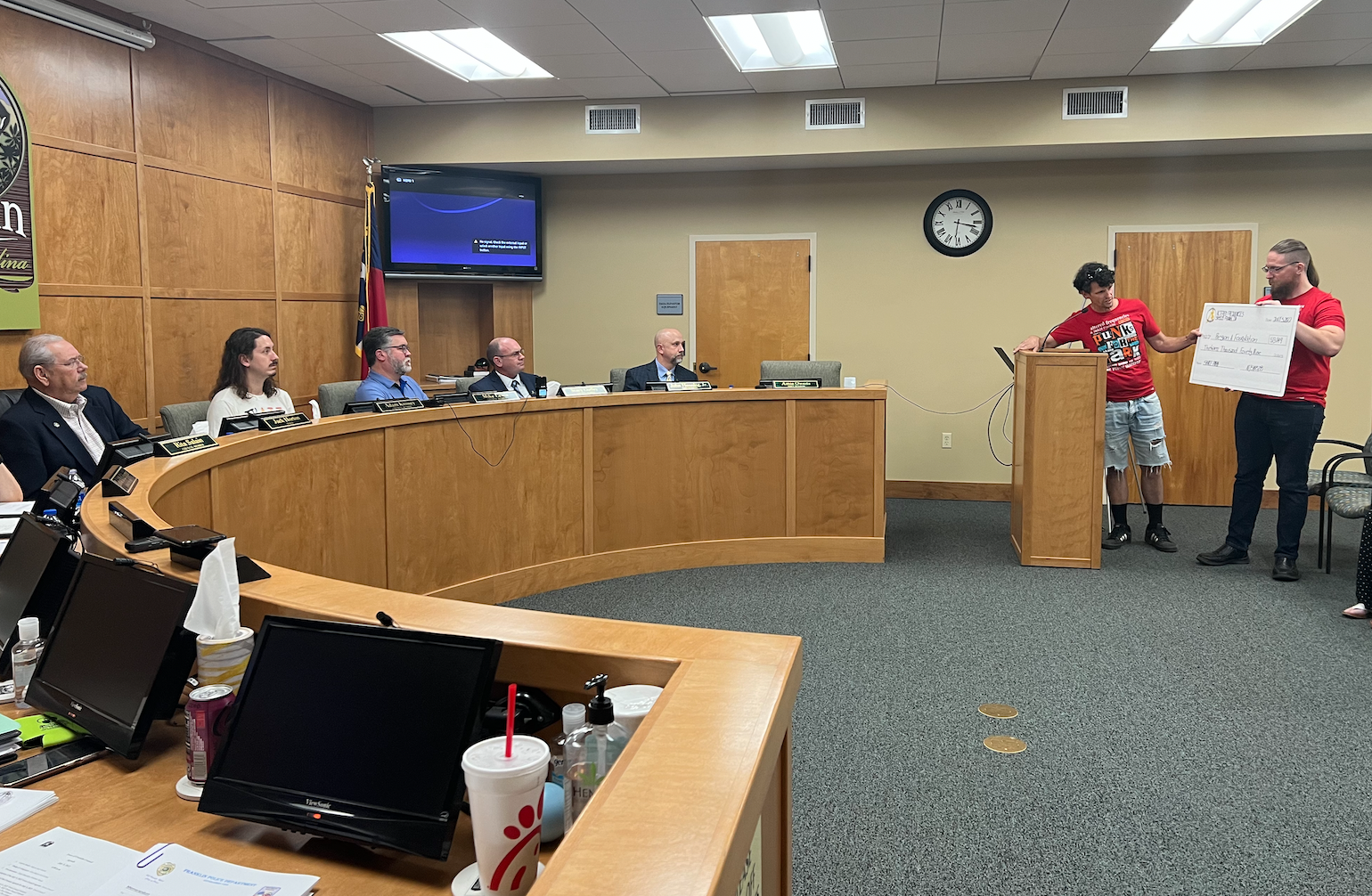 “Punks for the Park” raises over $13,000 for Franklin’s future skate park

The process to secure Macon County’s future skatepark might seem like it is never-ending— but each step forward gets the community a little closer to the finish line.

A huge step forward took place this weekend when the community came together for the “Punks for the Park” music festival to raise money for the project. From the bands who donated their time time and talents, to community members who volunteered, to locally owned businesses who donated raffle items and provided sponsorships, the July 2nd music festival at Altered Frequencies in Franklin really was an “all hands on deck” initiative for the future skate park.

“I would have never guessed that a skate park would get so much support from Franklin, but the entire community proved me wrong,” Matt Jackson told the Franklin Town Council during Tuesday night’s July meeting. Jackson, along with JimBo Ledford, owner of Altered Frequencies, and Tim Shaw, who spearheads the local Sk828 group working to bring the skate park to Macon County were the masterminds behind Saturday’s fundraiser.

The group presented a check for more than $13,000 to the Franklin Town Council on Tuesday — all funds raised from the music festival events.

The $13,000 raised by the fundraiser, paired with funding and support from both the Franklin Town Council and the Macon County Board of Commissioners will be used to go toward the cost of constructing the skate park on the Whitmire Property in Franklin. While the project, which has been in the works for several years, has hit some delays in recent months due to internal changes at JE Dunn, the construction company building the new Angel Medical Center who volunteered to head up the construction portion of the project, lines of communication were recently reopened and things are again moving forward — and may be even bigger and better than originally anticipated!

The Franklin Town Council commended the Sk828 group and the volunteers who raised the funds for the skate park — citing the importance of having the community invested in the development of the park.