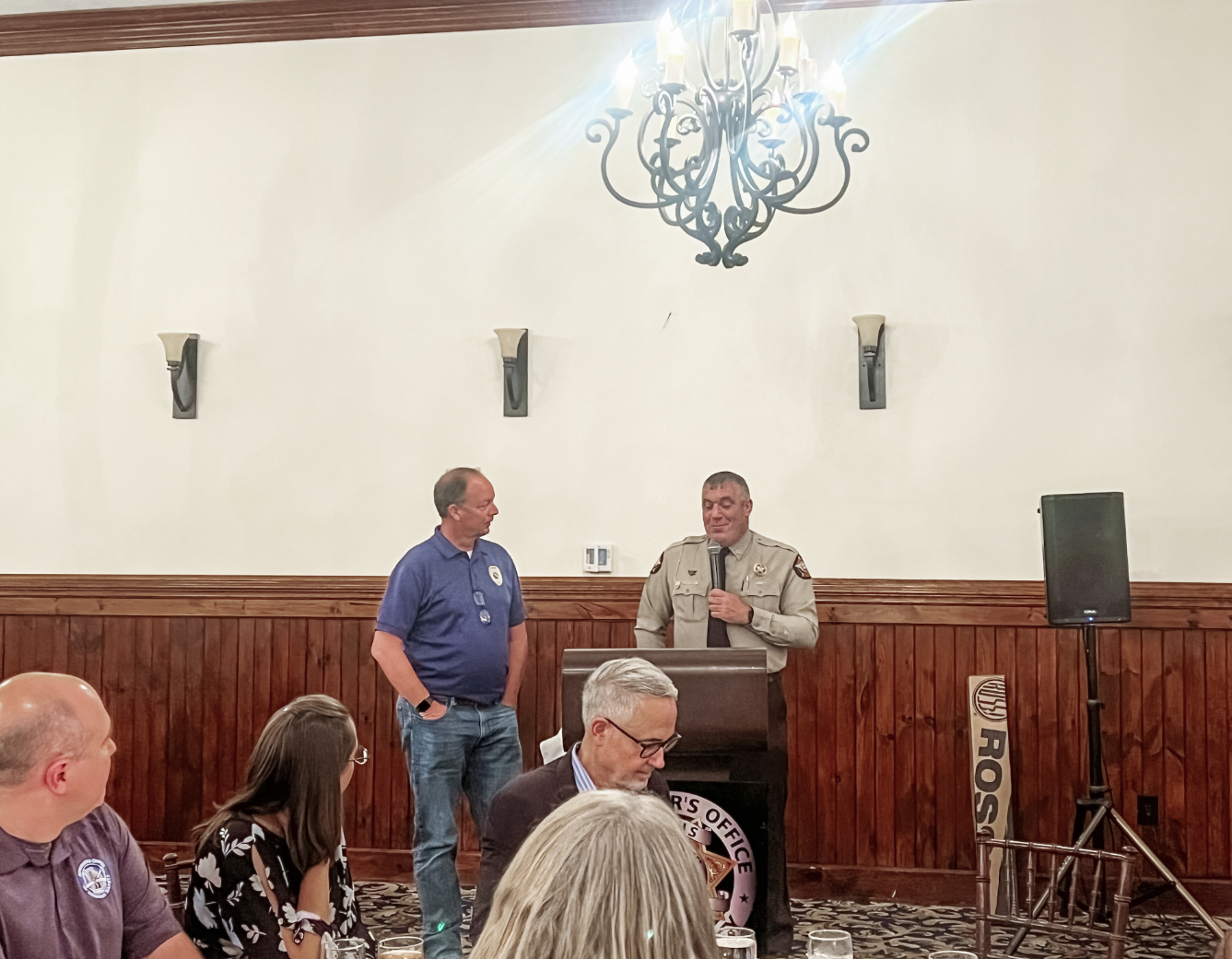 This year’s event was held August 30th and resulted in 20 citations, eight custodial arrests, and four arrests for Driving While Intoxicated.

While the 2022 “Hands Across the Border” operation worked to make the roads a little safer, Rabun County Sheriff Chad Nicholas took the time to recognize Macon County Sheriff Robert Holland, who is retiring in November after more than 30 years in law enforcement, the last 20 of which he has spent as Sheriff.

“I was honored to present a plaque to Sheriff Robert Holland for the many years of partnerships and collaboration with his office while he has served as sheriff,” said Sheriff Nichols. “We will miss him but the foundation he laid through having these partnerships and relationships with surrounding agencies will continue for many years to come. Thank you for your service and God bless you in your future endeavors!”

The 2022 event was the 31st annual Hands Across the Border Event, meaning Sheriff Robert Holland has been a part of every event the bordering counties have held. More than just Rabun and Macon County, the annual event brings city, county, and state agencies together from Georgia, North Carolina, and South Carolina to participate in highway safety initiatives. The event is held at various locations throughout Georgia, each event patterning with neighboring states.

Hands Across the Border started in 1991 as a friendly wager between the Georgia State Patrol and Florida Highway Patrol to see which agency could limit the number of alcohol-related traffic deaths in their state during the Labor Day travel period. Within ten years, the effort grew to all states bordering Georgia holding joint road checks at their state lines on the week before Labor Day with the goal of taking impaired drivers off the roads prior to the final summer holiday travel period of the year. State and local law enforcement in all five states work simultaneously to take drunk and drugged drivers off the roads, as well as issue citations for distracted driving, speeding, being unbuckled (including car seats) and other traffic violations in an effort to make roads even safer for the holiday weekend.

In addition to recognizing Sheriff Holland for his years of service, law enforcement agencies at the 2022 Hands Across the Border event recognized Corporal Courtney Faith Zajdowicz, who was killed by a drunk driver just prior to the 2021 Hands Across the Border event while heading to work at the Rabun County Detention Center. To honor Cpl. Zajdowicz memory, Sheriff Nichols presented her family with a proclamation from Georgia Governor Brian Kemp unveiling a road sign that will be erected at the crash site.