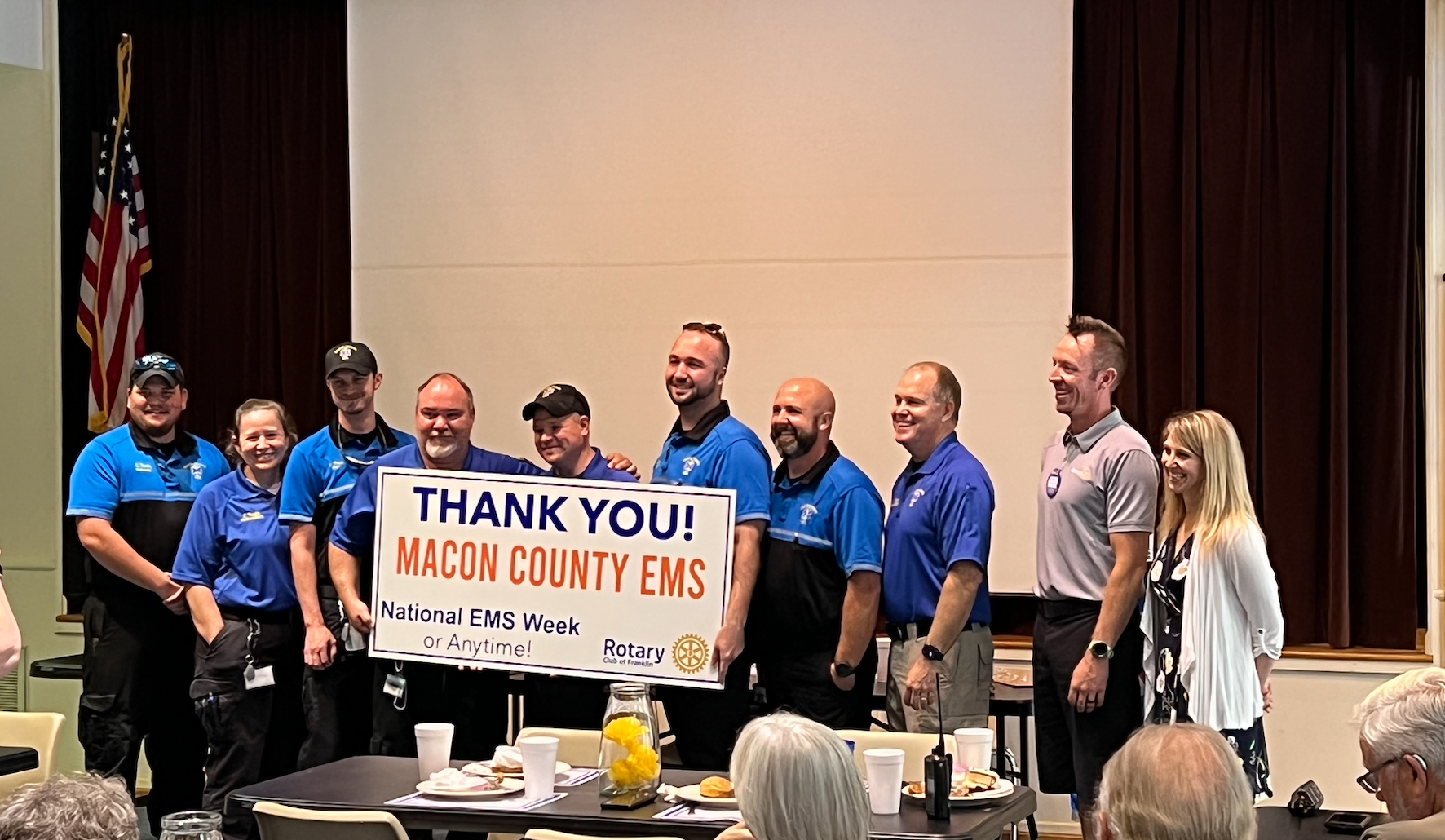 Rotary Club honors Macon EMS for ‘rising to the challenge’

Doster spoke to the Rotary Club of Franklin Noon Club on Wednesday where the Rotary Club hosted employees of Macon County’s emergency services in honor of National EMS Week. May 15-21, 2022, is the 47th annual National EMS Week. In 1974, President Gerald Ford authorized EMS Week to celebrate EMS practitioners and the important work they do in our nation’s communities. The theme for the 2022 EMS Week is “rising to the challenge” something Doster explained Macon County EMS has done, especially in the face of a Global Pandemic.

The cause of the increase in calls is not 100 percent clear, however, Doster said people just appear to be calling 911 more frequently, whereas in the past people would wait as long as possible to call 911.

Right as EMS was experiencing an unprecedented spike in calls, Macon County’s EMS, like most organizations, was experiencing staffing shortages that threatened the future and functionality of the program. Doster said at its worse, EMS had 11 openings in an agency that typically employed 41 people. That staffing shortage was reported for around 6 months until right after a pay increase was approved by Macon County leadership. Today, Doster said EMS has three openings and while he believes that is still too many, it far better than a few months prior.

“The pay increase that was provided for us a few months ago has helped, but all the areas around us have had to do the same to remain competitive,” Doster told Rotary members.

During lunch, Doster also announced that Matt Pruett was named EMT of the year. He was selected by his peers for this award. Matt has been with Macon County EMS for 11 years and is currently serving as the “B” shift, Field Training Officer.