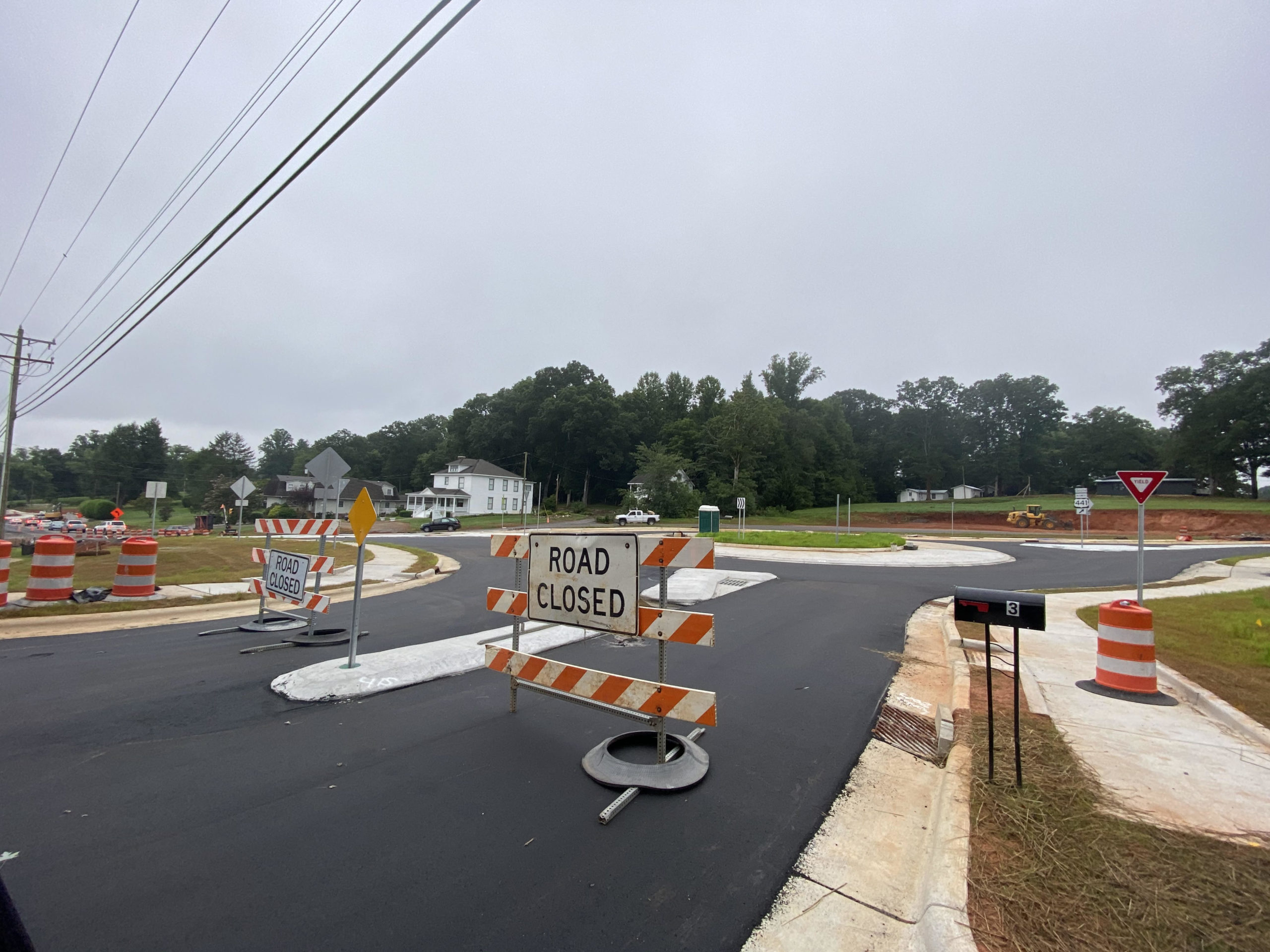 Finding your way around Franklin can be a little tricky these days, as there are several detours in place to allow the North Carolina Department of Transportation to complete work on roundabouts, repair cracks and broken shoulders, and even assess a sinkhole developing in the middle of the road. While some DOT operations have been curtailed due to COVID19, the work in Macon County is pressing on, with target completion dates in sight. 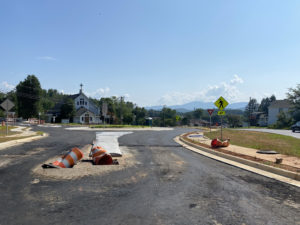 The roundabout at the intersection of US 441 and Womack Street is 85 percent completed, with traffic able to utilize the road. The North Carolina Department of Transportation will be finishing the space over the next month, with work to be completed on the shoulders as well as a final layer of surface mix to be placed.

Traffic is still being detoured around the intersection if US 441 and Maple Street, but the project is on track to be completed by September 1. The roundabout is currently 65 percent complete with grading work around the roundabout still needing to be completed. Crews also need to place a final layer of surface and some concrete flat work before wrapping up the project.

Construction at the intersection of US 441 and Wayah Street, and Porter Street is the newest project to be started and has a lot of work still ahead. The contractor is currently installing the truck apron on the roundabout and constructing a soldier pile wall along the new alignment of Porter Street and 441. The project is 50 percent completed.

The roundabout at the interception of Wayah Street, Depot Street and Wells Grove Road is 98 percent complete, but you may see crews finishing some hand work on the dirt shoulders in the coming weeks.

Crews have been seen in the field on US 64 across from Lowes, but according to Mark Hill with the DOT, the area is not apart of a construction project, but rather a collection area used for material associated with routine maintenance around the county.

“We use it when we remove shoulder/ditch material, material from Winding Stairs Gap, ect,” said Hill.

On the Highlands Road travelling from Highlands to Franklin, orange cones direct drivers to the right lane, as the left lane turning toward Bellview Rd is blocked off. According to Hill, the cones are a safety precaution due to a sinkhole that has formed along the route.

“There is a small sink hole located in the travel lane that is coned off,” said Hill. “We are working with Roadside Environmental and the Town of Franklin to determine if the root cause of the issue is a leaking waterline or a natural spring that has developed due to the excessive rains that we have received.”

According to Hill, in order to determine the cause, a chlorine test needs to be conducted but because of the rains, DOT does not want to test a diluted sample since it may provide false results.

“Hopefully, we will be testing and devising a plan later on this week, if the weather permits,” said Hill.