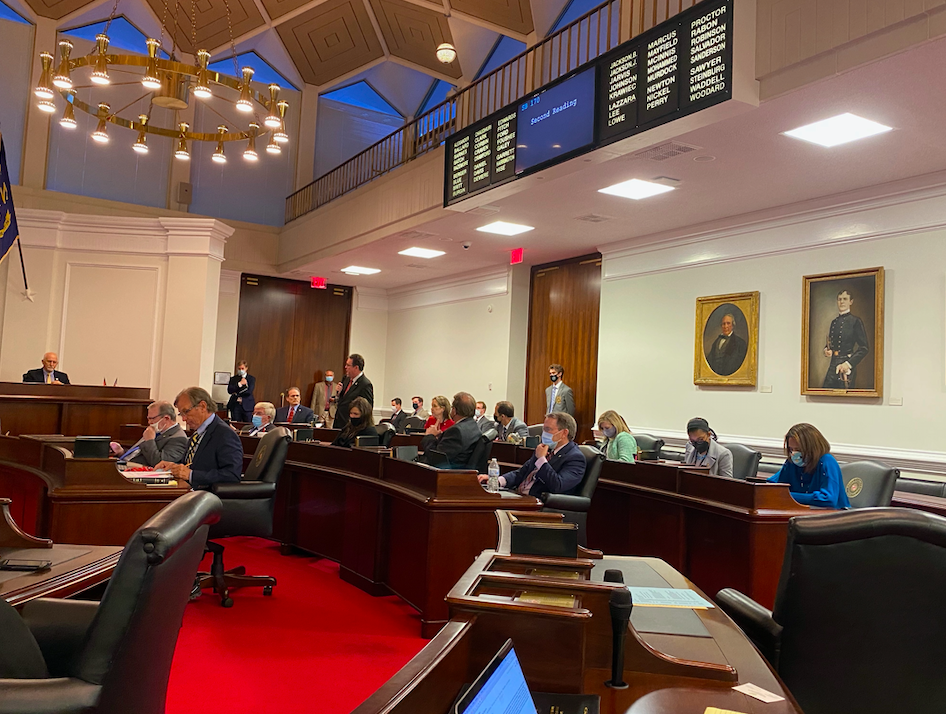 A bill introduced by Senator Kevin Corbin to bolster the recruitment of law enforcement officers in Western North Carolina made it through the state’s crossover deadline last week.

Senate Bill 311, No Waiting Period Under LGERS for LEOs, would prohibit employers participating in the Local Governmental Employees’ Retirement System (LGERS) from imposing a waiting period on law enforcement officers before they become members of the Retirement System if they are otherwise eligible for membership.

Currently, there is no state or federal law that clearly prohibits an employer from imposing a waiting period before a permanent, full-time law enforcement officer may become a member of LGERS. Under current law, this determination is made by the employer’s personnel policies and local ordinances. While the majority of counties in North Carolina already automatically enroll new employees in the system, there are counties in North Carolina that do not.

“There are some counties, such as Graham and Clay, that do not automatically enroll their law enforcement officers in retirement, which makes recruitment and retention more difficult,” said Senator Kevin Corbin. “Recruiting quality law enforcement officers in Western North Carolina is already difficult due to the terrain and geographical challenges. This bill will provide one more tool to help my district stay competitive with the rest of the state.”

Individual counties may elect to not automatically enroll certified law enforcement personnel such as sheriff’s deputies, police officers, telecommunications, or detention officers during initial hiring with some counties impose a waiting period of six months to a year.

Employees pay a portion into the retirement system as does the employer, but when certain counties impose a waiting period, it serves as a disincentive or deterrent for employment.

“This bill will make it clear that on the first day of employment, certified law enforcement personnel should be required to enroll in the retirement system,” said North Carolina Sheriff’s Association Executive Director Eddie Caldwell. “Otherwise, it makes it difficult to recruit and retain personnel if they are treated differently from county to county.”

Senate Bill 311 was among a list of bills meeting the May 13 crossover deadline last week. The crossover date was established to determine which bills passed from one chamber to the other in order to be eligible for consideration for the remainder of the regular session.

House and Senate Rules exempt several categories of bills from the deadline, such as appropriations revenue, and redistricting. A Senate bill or resolution not otherwise exempt must be received and read on the floor of the House as a message from the Senate no later than Thursday, May 13 and the same applies for House bills read in the Senate. In order to be eligible for consideration by the House during the rest of the 2021 first Regular Session.

The House passed 336 bills by the crossover deadline — a little more than a third — and the Senate passed 156, about a quarter of those filed. About two dozen have already become law.