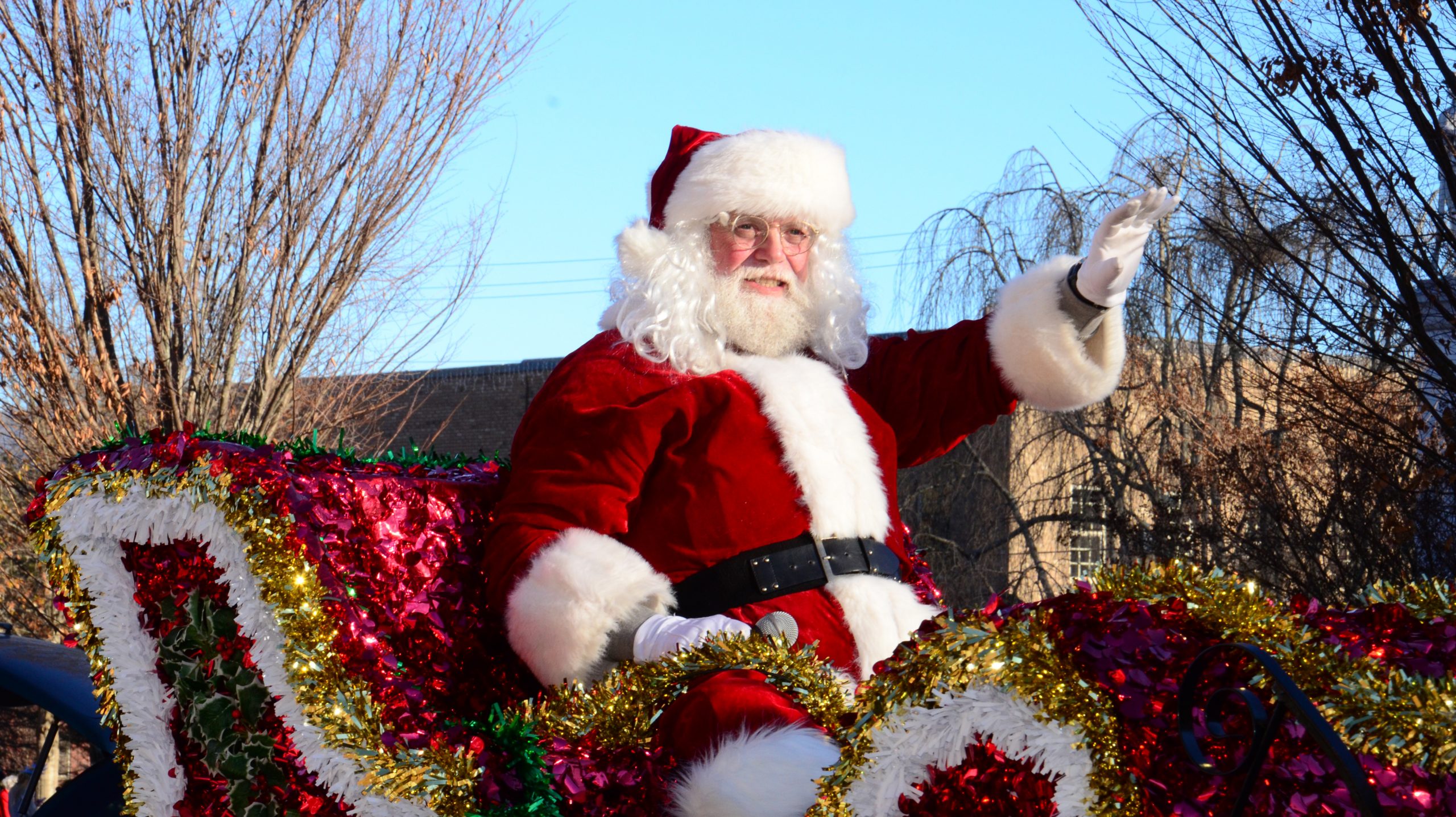 Here comes Santa!  The Franklin Chamber of Commerce announces plans are underway for this year’s Annual Christmas Parade which will officially ring in the holiday season.  The celebration will be held Sunday, November 27, beginning at 3:00 pm.

Entries will line up along Church Street behind the Courthouse.  The route will begin by pulling out on the top of Town Hill beside Town Hall.  The route will proceed down Main Street turning left at the Lazy Hiker Brewing Company onto Porter Street.  Then turn left onto Palmer Street. The route will end at the intersection of the Highlands Road and Main Street.

This year’s Grand Marshall will be Sheriff Robbie Holland.  Robbie has served as Macon County Sheriff for twenty years (five terms).  He recently announced he would be retiring in November, 2022.  He and his wife, Marcie, have been married for 29 years and have two children ages 12 and 16.  The Hollands are members of Pine Grove Baptist Church, where they both have attended since childhood.

Sheriff Holland began his career with the Macon County Sheriff’s Office in 1991.  Before being elected as Sheriff, Holland served in many positions, including eight years as a juvenile officer where he earned numerous NC State awards, as well as, serving as President of the NC Juvenile Officer’s Association.  Sheriff Holland was also instrumental in the 2001 passage of the NC Infant Homicide Prevention Act, which was drafted after the death investigation of a local newborn.

Holland has served on the Board of Directors of our local child advocacy center, Kids Place for more than 20 years.  Sheriff Holland served eight years on the Governor’s Task Force for Safer Schools in leadership roles representing WNC law enforcement and has spent his career being an advocate for our youth and their safety.

Sheriff Holland will officially retire from the Macon County Sheriff’s Office with 31 years of service on November 30, 2022.

Participants will again be able to have folks walk beside their float/entry handing out candy.  No candy can be thrown from a moving vehicle.  In addition, all horses must wear a manure bag/horse diaper.

Registration is required and entry forms can be picked up and returned to the Chamber office located at 98 Hyatt Road. Deadline for entry is Wednesday, November 23 by 5 pm.  Please note the Chamber will be closed for Thanksgiving Thursday and Friday, November 24 & 25.  Commercial Floats are available to rent by calling Diane at the Franklin Chamber.

For additional information, contact the Franklin Chamber of Commerce by calling     828-524-3161.