At the recent meeting of the Sylva Board of Commissioners, Professor Cyndy Caravelis, Department of Criminology and Criminal Justice Western Carolina University, presented the board with an update on the Community Care Program. The Community Care Program began as a pilot program at the Sylva Police Department and now is being considered as a potential model program for the entire state.

Last fall, WCU partnered with the SPD to offer a new service in the community called the Community Care Program. The program was created in response to the ongoing national conversation about what modern policing should look like in the future and specifically what it might look like in rural areas.

Teaming together, the police department and university wanted to create a new model of policing for the Town of Sylva. Up to this point, while there were a variety of ideas being discussed and several new models being implemented in some major metropolitan areas, modern policing in rural areas had yet to be defined.

“After a year of research, we found there were many programs in urban areas where they have the capacity and the budget to have crisis intervention teams they can deploy,” said Caravelis. “However, the vast majority, 90 percent, of police departments have 15 or less officers, so this is policing in the United States. There was no model for what non-emergency response looks like in rural areas.”

In October 2021, the Sylva PD began the new service which consisted of placing a senior-level or graduate-level WCU intern from the Department of Social Work within the Sylva PD to serve in the role of Community Care Liaison.

The program’s mission statement is to support the Sylva community by offering voluntary social work services in partnership with law enforcement.

“When social interns come to the police department they are not trying to replace sworn officers,” said Caravelis. “We are trying to work in partnership with them trying to provide pre-crisis intervention and figure out how can we can shift things before it gets to a sworn response.”

“The vast majority of calls that we get from a law enforcement point of view are typically non-criminal,” she added. “We get a lot of mental health issues, a lot of people who are unhoused as well as all the ramifications around drug use and what that leads to, but the only number they know to call is law enforcement. The problem is that the only tool law enforcement have is intervention in the form of arrest, citation or warning and that is it, they don’t have a lot of tools to respond.”

The objectives of the program are:

(1) Toolbox – Expand the law enforcement toolbox by increasing officer response options beyond arrests, citations and warnings. Community care workers can help with frequent flyers who officers often interact with on a daily basis.

(2) Solutions – Promote long-term solutions for community members in need through connections with appropriate resources. Officers are on one call until they get another and they don’t have the time to sit down and talk; community care workers can take the time, do referrals and help as much as possible.

(4) Harm Reduction — Reduce the risk of trauma from negative interactions between law enforcement and community members. 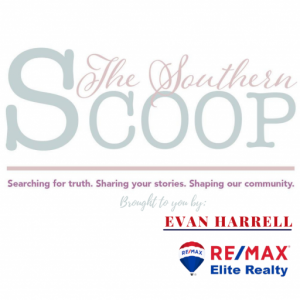 “The Sylva Police Department was chosen for the pilot program because it is small enough to test something but big enough to where it can be done right,” said Caravelis. “Sylva is also big enough with enough calls that we could know quickly whether or not we were making an impact.”

“We also wanted to have students who we placed in these internships who were directly trained in both a criminal justice and social work which we can provide at WCU,” she added.

The SPD and WCU are committed to learning ways to improve policing by integrating aspects of social work into a small-town police department.

The Community Care program is already having a positive impact in the community, and SPD and WCU look forward to seeing the program grow as it continues to serve the town of Sylva. In addition, the Boone Police Department have gotten a Community Care Program up and running modeled after the SPD program and plans are to have a liaison for WCU in the spring semester.

The Community Care Liaison can be reached at communitycare@sylvapolice.org or (828) 586-2916.