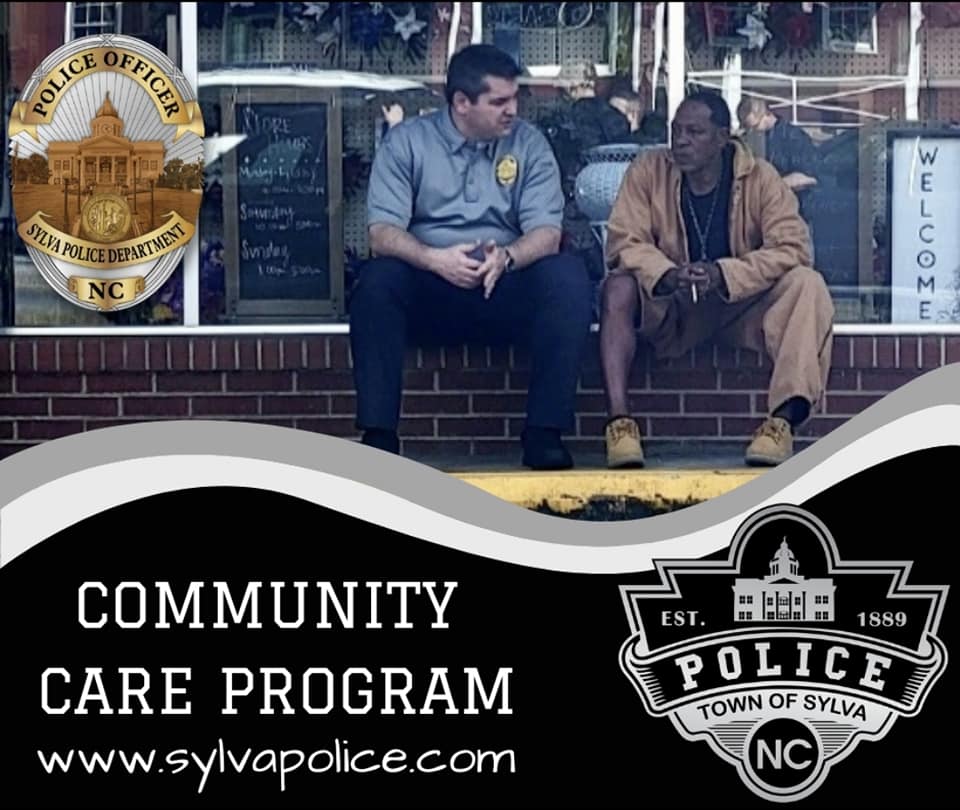 This new service, which was the brainchild of Western Carolina University Professors Katy Allen and Cyndy Caravelis, is called the Community Care Program. This service, which started with Martinez, consists of placing a senior-level or graduate-level WCU intern from the Department of Social Work within Sylva PD to serve in the role of Community Care Liaison.

After a referral is completed, the care liaison begins moving through the framework specifically designed for the department to coordinate with local nonprofits, mental health, and healthcare agencies to meet the specific needs of the individuals officers encounter.

The implementation of the program is a direct response to the ongoing national conversation about what modern policing should look like in the future. While there are a variety of ideas being discussed and even several new models are being implemented in some major metropolitan areas; modern policing in rural areas has yet to be defined.

More and more law enforcement agencies are looking at adding embedded Police Social Workers (PSWs) to their ranks in response to national calls for police reform. In March 2019, the Bloomington (Indiana) Police Department (BPD) hired its first embedded PSW to expand its previously implemented community-based policing initiatives, such as its homeless outreach team, the Downtown Resource Officer program. Due to the success of the program, two additional PSWs were hired in 2021. Because the BPD was regularly contacted by other agencies to assist with developing and planning new PSW programs, the BPD launched the National Conference on Police Social Work to help agencies think through their potential programs and get their questions answered. The inaugural conference took place in October 2021, the same time Sylva Police Department began their program locally.

The Sylva Police Department and Western Carolina University decided to be very intentional about charting the future of policing for rural law enforcement. Together, they are working to create a new model of policing for the Town of Sylva. In the Fall 2021, the Sylva PD began offering the Community Care Program.

The program and its role with local law enforcement is evolving and can adapt based on the needs of the community because the Sylva Police Department and Western Carolina University are committed to learning ways to improve policing by integrating aspects of social work into a small-town police department.

The Community Care Liaison can be reached at communitycare@sylvapolice.org or (828) 586-2916