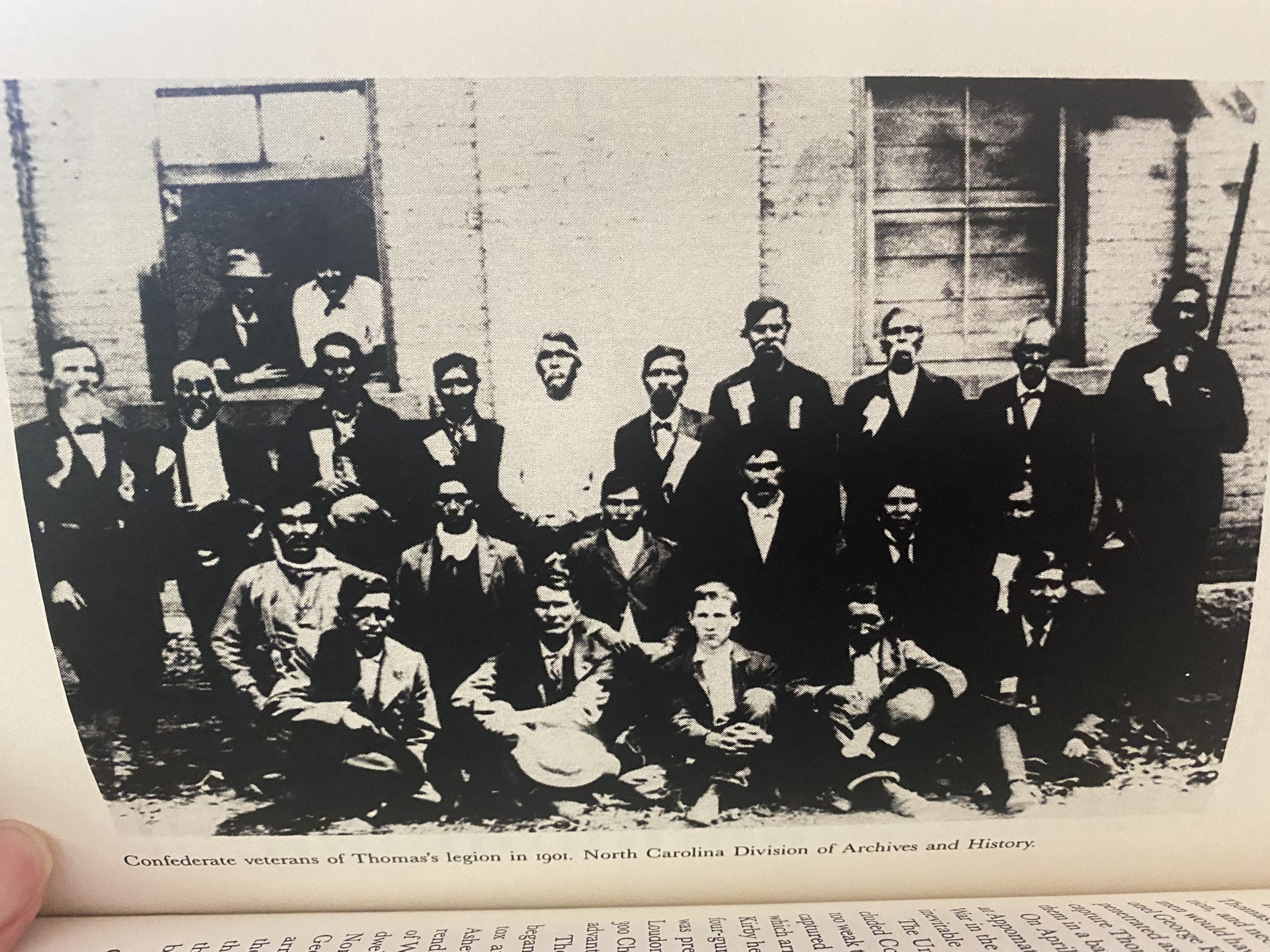 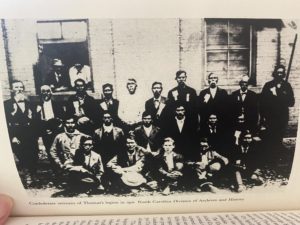 When tensions began to rise in the South leading up to the Civil War, Native Americans had not yet recovered from the Indian Removal Act of 1830. Between 1830 and 1850, the Chickasaw, Choctaw, Creek, Seminole, and Cherokee people (including mixed-race and black slaves who lived among them) were forcibly removed from their traditional lands in the Southeastern United States, and later relocated farther west. Cherokee Indians were among the last to be removed, putting about a decade between the last of Cherokee being forced onto the Trial and Tears and the beginning of the Civil War.

A local newspaper, the Highland Messenger, said July 24, 1840, “that between nine hundred and a thousand of these deluded beings … are still hovering about the homes of their fathers, in the counties of Macon and Cherokee” and “that they are a great annoyance to the citizens” who wanted to buy land there believing the Cherokee were gone; the newspaper reported that President Jackson said “they … are, in his opinion, free to go or stay.’

Records show that among the 21,500 Cherokee who were relocated during the Trial of Tears, there were also 2,000 black slaves, who were owned by Native Americans. After the Trial of Tears, the western Cherokee already disliked the north when in 1860 William Seward, campaigning on behalf of Abraham Lincoln, said that Lincoln would open the Indian Territory for white settlement. The Cherokee Nation, like most of North Carolina, largely tried to avoid seceding as part of the Confederacy, however when Abraham Lincoln sent 75,000 troops to South Carolina, forcing North Carolina’s hand, the Cherokee joined the rest of the state.

A memorial sits outside of the Historical Society Museum in Macon County recognizing Thomas’ Legion, led by William H. Thomas, a European-American who was adopted Cherokee, were originally stationed 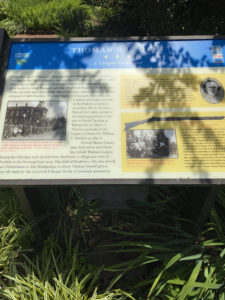 Thomas was met with resistance from state leaders who did not want the Cherokee Indians to fight on their behalf and after North Carolina repeatedly failed to recognize their efforts, Thomas went to Confederate leaders outside of the state to get Native Americans recognized as a troop. In May 1861, William H. Thomas began recruiting Cherokees from the Quallatown, North Carolina area. The first two companies were composed mostly of Indian soldiers. They were called the Junaluska Zouaves. Thomas’ Confederates were sometimes referred to as Thomas’ Legion or Thomas’ Legion of Cherokee Indians and Highlanders. They were later designated as the 69th North Carolina Regiment.

While Thomas’ Legion is arguably the most well known, they certainly are not the only Native American soldiers to fight in the war – the Union also had Native Americans to reach the battlefield. While two-thirds of Cherokee men fought on the side of the Union, another third was actively part of the Confederate effort. When the Union abandoned nearby Ft. Gibson, which had up to then provided some measure of protection from southern troops, Principal Chief Ross felt he had no choice but to sign in support of the Confederacy. Upon the Union victory, Cherokee Nation signed its last treaty with the U.S., the somewhat punitive Treaty of 1866.