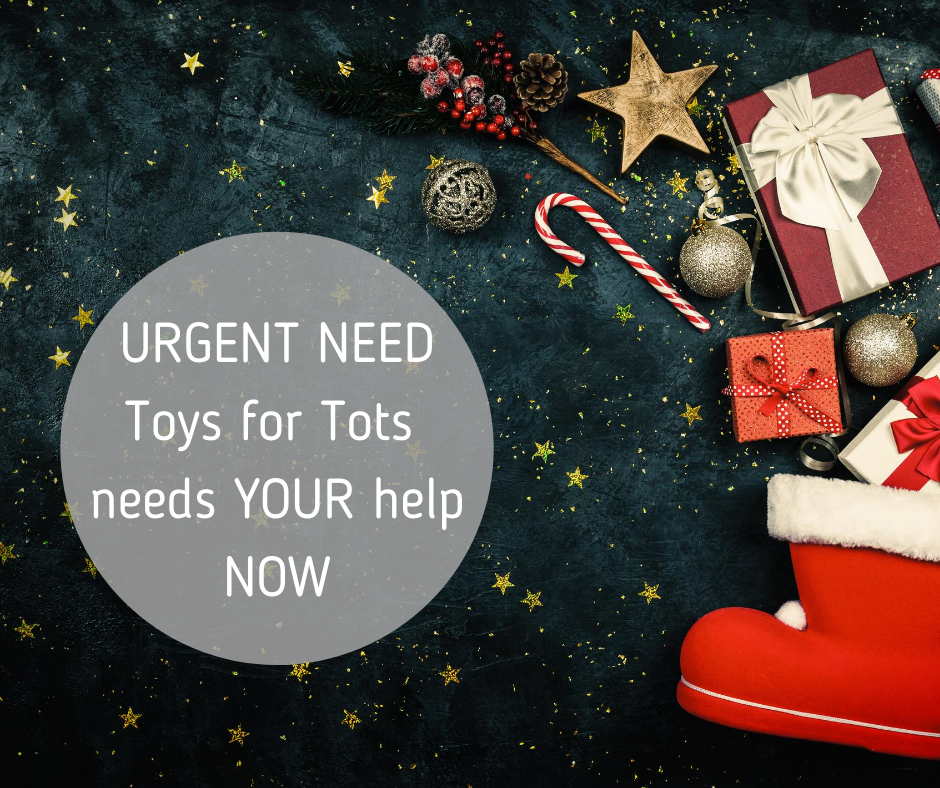 URGENT NEED: Toys for Tots must be moved TODAY

The sun came out shortly after noon today, giving Randy Hughes a chance to begin moving over 9,000 toys from the old Walmart to the basement of his home on the Georgia Road. Hughes has served as the coordinator for the Smoky Mountain Toys for Tots program since 2006 but as of this morning had decided to close down the program due to a lack of space and no volunteers.

“We have to be out of the old Walmart building today and we have around 9,000 toys to get moved,” Hughes said. “We need a place to operate out of today, and as of this afternoon we may have found somewhere, so if we can get the toys moved, we may be able to save the program this year.”

This Spring, Hughes was notified that the program would no longer be able to use the old Walmart building as their operation headquarters because the building, which is owned by Ingles Market would be demolished. Hughes said he had reached out to local realtors to try to secure a space, he needed about 2,000 square feet but had no luck. He also took out ads in local newspapers and stories had been run about a need for a space and volunteers but came up empty-handed.

Because he had to be out by the end of August – and seemingly out of options – Hughes decided to end the program. But as soon as word spread Toys for Tots was going to be cancelled – the community stepped up.

A potential space has been secured so the last step needed to keep the program open is immediately volunteers – and by immediate, I mean Hughes is currently in the Old Walmart parking lot waiting for help. He needs volunteers to help pack, stack, and move 9,000 toys from the building and move them to his basement while he works out the details of a new location.

If you are free today, right now, head to the old Walmart building to volunteer your time to ensure that children in need across Western North Carolina will be provided Christmas this year.