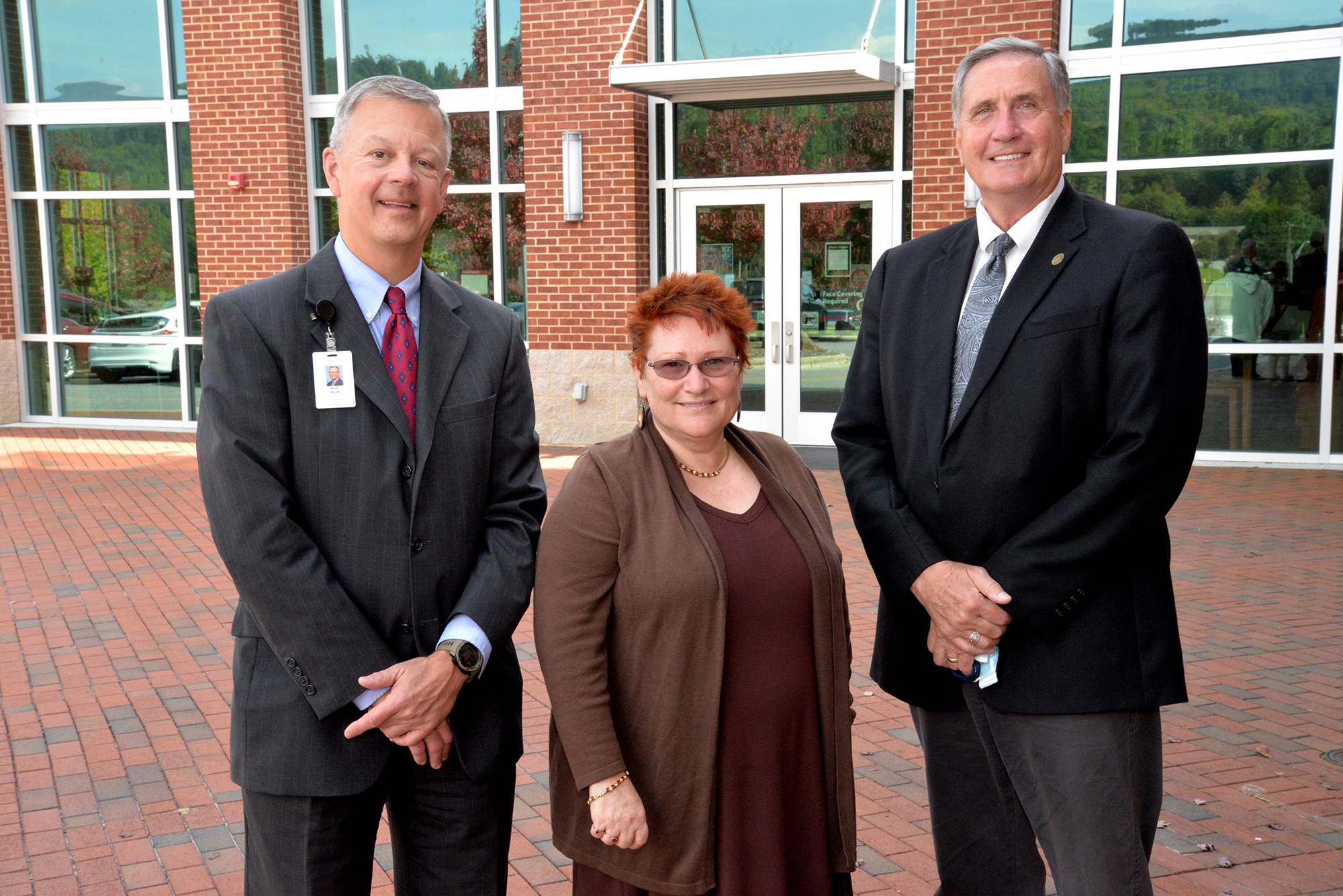 SYLVA – For five years, Franklin resident Nancy Bergenstock had been looking for a way to make a legacy gift.

She talked to an attorney and two financial advisors, but she never could find the answer she was looking for.

Then over the summer, she saw an article in her local newspaper about the “Pass It On” endowed scholarship gift Joyce Cooper made to Southwestern Community College – and that’s when Bergenstock made up her mind.

She met with Brett Woods, Director of the SCC Foundation, to learn more then moved quickly to endow a “Pay it forward” scholarship and also set up a legacy gift that will benefit students for generations to come.

“That article is why I chose SCC,” she said. “I told a friend what I was going to do, and she said: ‘Oh yes, Southwestern has won national honors.’ The more I looked into it, the more impressed I am with everything about this college.

“I also can’t say enough about how good it has been to work with Brett and everyone at SCC,” Bergenstock added. “They made everything easy to understand, and they’ve streamlined the entire process.”

In SCC, she recognized many of the same attributes she appreciated about Cayuga.

“Education is the reason I’m able to do what I’m doing now,” Bergenstock said. “I want to help others do the same.”

SCC has been ranked among the Top 10 community colleges in the nation six times since 2007 – including a No. 1 national ranking by BestColleges.com in 2020.

Additionally, two of SCC’s academic programs (Cyber Crime in 2020 and Medical Assisting in 2021) have recently been ranked No. 2 nationally in their respective fields.

Southwestern is also the only community college in the nation to have a scientific partnership with NASA.

Locally, the SCC Foundation has generated some momentum that’s unprecedented in the college’s history with consistent growth in the number of endowed scholarships and overall assets. During the 2021-22 academic year, the foundation awarded a record 164 scholarships valued at $191,000.

“Nancy has a genuine heart for wanting to pay it forward and help future students attend SCC,” said Dr. Don Tomas, SCC President. “Her endowed scholarship will help students immediately, and the legacy gift will make it possible for infinitely more students to change their lives at SCC. We’re honored she chose Southwestern to help her pay it forward.”

For more information about giving options through the SCC Foundation, contact Brett Woods at b_woods@southwesterncc.edu.