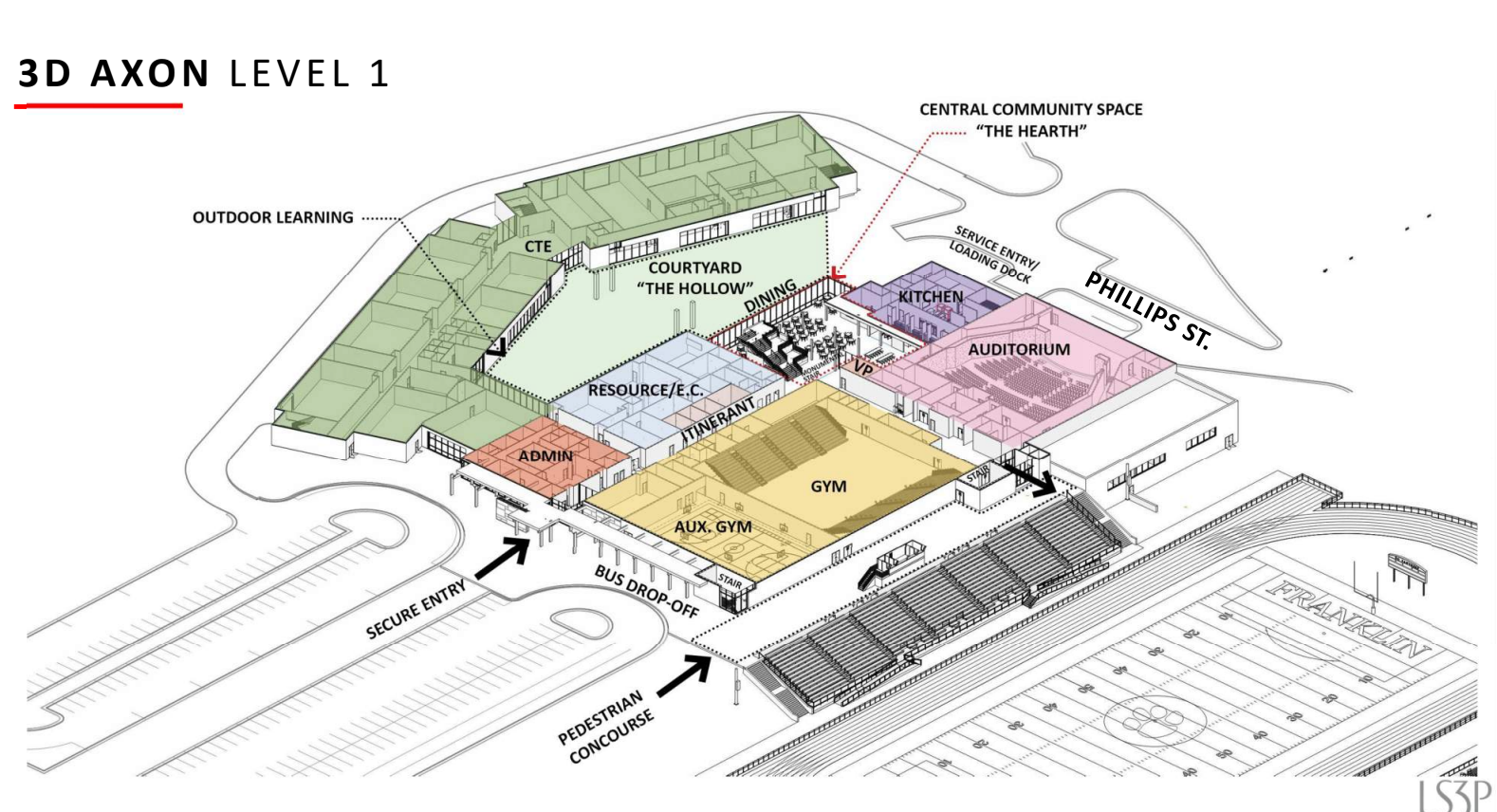 Future of new Franklin High School facility; Highlands School expansion will be left to new board of commissioners

After soliciting bids for proposals for architectural services, the Macon County Board of Commissioners voted 3-2 to contract with the Architectural firm L3SP to develop the designs for renovations and expansion of Highlands School that would allow for two new classrooms to be utilized for preschool.

Commissioner Paul Higdon and Commissioner Josh Young both said they believe the project was worthy, however, because renovating the school was not included earlier in the year in the Board of Education’s capital outlay request, they do not support moving forward at this time.

Commissioner Chair and Highlands representative of the board Jim Tate, along with Commissioner Gary Shields and Vice-Chair Commissioner Ronnie Beale voted in favor of allocating $329,255 for the architect fee. While the project’s full-scope work will follow L3SP’s design renderings, the anticipated cost of the expansion project is $4.7 million. The $329,255 in architectural fees will be paid for over six phases in the coming months while planning the project.

L3SP is the same firm currently working with the county on the potential new Franklin High School construction project. Emily Kite, who now works as a Senior Project Manager for L3SP was part of early design discussions for the Highlands school and is familiar with the needs of the school.

The primary focus of the Highlands School expansion project would take place in the middle school wing of the facility and will accommodate needed space for career and technical education courses. While expanding the middle school building, the project proposal includes renovation to the elementary wing of the school that would repurpose two classroom spaces to be used for pre-k classes — which has been identified as a significant need on the Plateau.

Although the county approved the $329,255 for architectural services for the project— the future of the project is anything but certain.

The Macon County Board of Commissioners will see a change in leadership in December when Chairman Jim Tate leaves the board — with John Shearl winning the election to his seat. Incumbent Commissioner Ronnie Beale will also be leaving the board in December, as he was unable to retain his seat during the November Election and will be replaced by Danny Antoine. Incumbent Gary Shields was re-elected to the board and has been a vocal supporter of the Highlands project, however, for the project to continue, both Antoine and Shearl would have to vote in favor of the expansion project.

During campaign season, both Antoine and Shearl expressed their hesitancy to support the expansion of Highlands School or the construction of a new Franklin High School — both citing concerns regarding funding sources.

With voters in Macon County voting against the sales tax referendum that would have generated an additional $2 million in revenue for Macon County each year, it is unlikely the Highlands project or the FHS project could be completed without a significant property tax increase, which both Antoine and Shearl have been vocally opposed to.

If Antoine and Shearl join Young and Higdon in opposing the Highlands Expansion project — the project will stop immediately as Shields’ vote in favor would be the minority opinion on the board.

The Franklin High School construction project has a slight advantage over the Highlands project, as it is further along in the planning process and has the support of Commissioner Young. While Commissioner Higdon has voted in opposition to the FHS project, he has been the lone vote against moving forward with the construction of a new school. If just one of the two new elected commissioners, Shearl or Antoine, vote in favor of the project, joining Commissioners Shields and Young to support it, the project will continue to move forward. Antoine and Shearl’s stance on the FHS project wavered during the campaign season — both men recognized the need for a new school and had insightful opinions on better avenues to move forward to avoid raising taxes — so it is unclear how they will vote once the question is raised after they officially join the board.