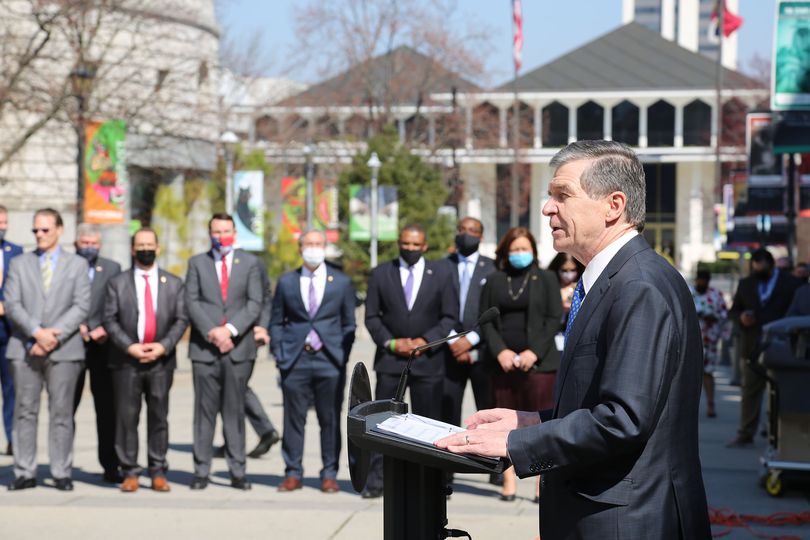 Governor Cooper signed the legislation his week, beginning the time clock for schools to make adjustments if needed.

“Getting students back into the classroom safely is a shared priority, and this agreement will move more students to in-person instruction while retaining the ability to respond to local emergencies,” said Cooper.

Most schools in WNC are already offering in-person learning in some way, so technically, nothing could change. However, shortly after the joint agreement was made public local districts weighed in on how they will move forward.

Just prior to the legislation being signed into law, Toby Burrell with Swain County Schools said “Swain County Schools is already in full compliance with the proposed Legislative mandate that was announced yesterday. We plan to discuss the possibilities of all of our schools going to Plan A with our Board, and will move forward with that discussion once legislation is passed and signed into law.”

Macon County Schools Superintendent Dr. Chris Baldwin said that his district currently does not have any plans to hold a special called meeting to address the legislation, however now that the bill has been signed, that could change. Macon County is set to hold its March meeting on March 22 at 6 p.m.

After Cooper signed the bill into law, the Jackson County Public Schools Board of Education announced they will hold a Special-Called Meeting on March 16, 2021 at 6 p.m with the purpose of the meeting is “Response to Senate Bill 220 “The Reopen Our Schools Act of 2021”

Students in North Carolina will be returning for in-person instruction after Governor Roy Cooper and NC legislators announced an agreement Wednesday morning.

“Getting students safely back into classrooms must be our shared priority,” said Gov. Cooper. “Today I announced an agreement with education, health and legislative leaders that will return schools to in person learning while retaining our ability to protect students and educators in an emergency.”

The joint agreement comes after Governor Cooper vetoed a Senate Bill requiring schools to reopen due to concerns regarding safety measures also being required. After the bill was vetoed, Cooper and State leaders began working on a mutual agreement to get students back in the classroom.

“I am glad that we were able to work together to get students across North Carolina back into the classroom,” said Senator Kevin Corbin. “While the majority of counties in my district have been offering in-person learning this school year, some districts in the state had yet to return. With data showing the best place for our students is in the classroom, it was never a question of if kids should be in school — it was a question as to how to do that safety and I feel like we have accomplished that.”

Under the legislation, all elementary schools in North Carolina must operate under Plan A, which is full in-person learning. The new legislation will also give local districts the flexibility of having the option to choose Plan A or Plan B/hybrid learning for middle and high school students. Cooper said the bill would take effect 21 days after he signs it, estimating sometime around April 1.

The joint agreement will allow local districts in Macon, Jackson, and Swain Counties to allow students in grades 6th-12 to return for Plan A. Currently, all western districts are operating under Plan B for 6-12th grades.

On March 4, the State Board of Education ruled that all districts must offer in-person learning, and in the process, approved new COVID-19 safety guidelines, including mandatory face masks and social distancing for students from sixth grade through high school.

For families who want their students to remain virtual, virtual learning will continue to remain an option across the state.