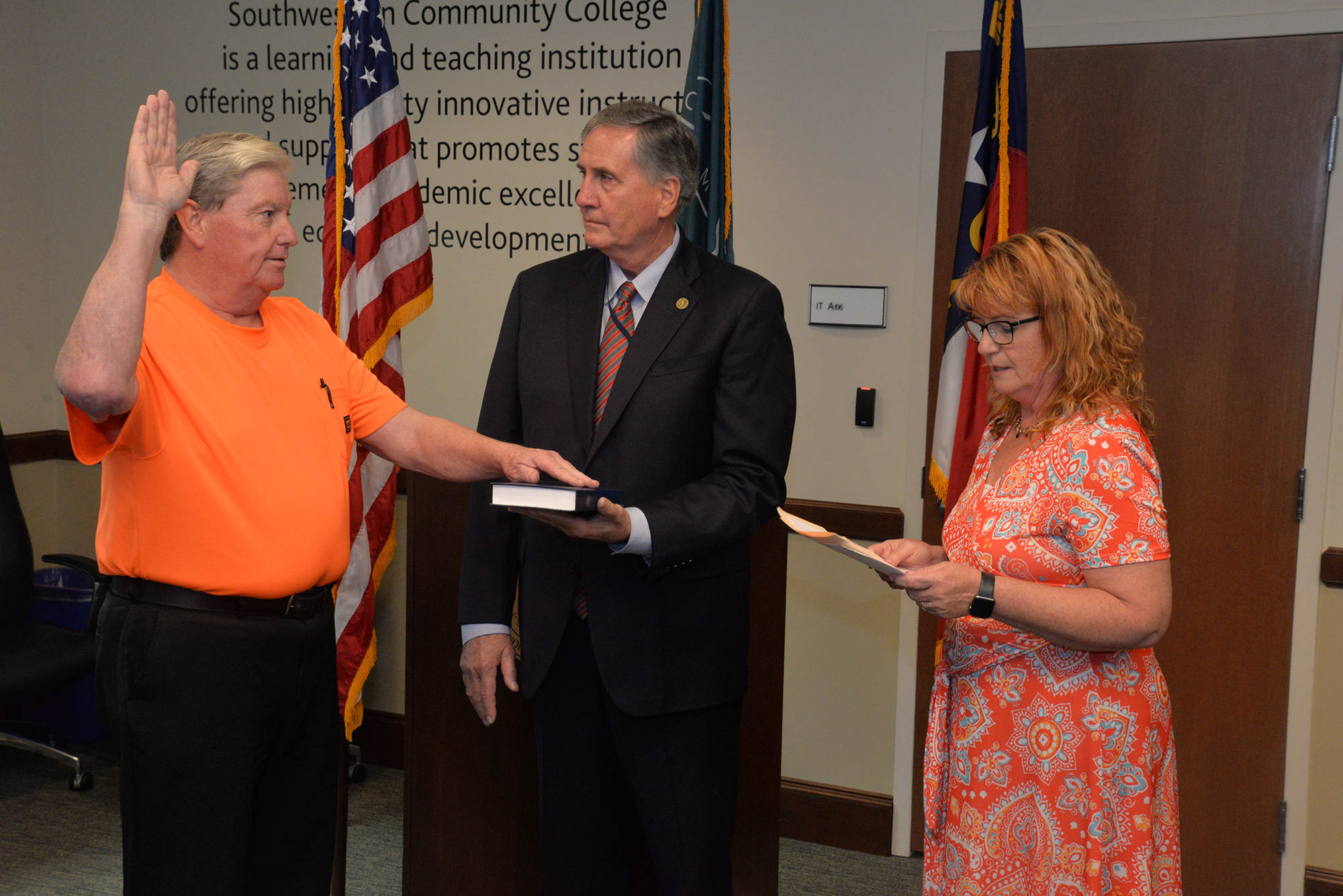 Jones, Davidson begin new terms on SCC’s Board of Trustees

Vance Davidson, who serves as Vice-Chair, and Mark Jones were sworn in on Aug. 9 at the college’s Jackson Campus in Sylva.

“We’re grateful for all the men and women who serve on our Board of Trustees,” said Dr. Don Tomas, SCC’s President. “Mr. Jones and Mr. Davidson have both been tremendous advocates for Southwestern over the years, and I look forward to working with them in their new terms.”

A member of the board since 2010, Davidson is a retired trust banker and attorney from Alabama. Since moving to Jackson County, he’s served on multiple non-profit boards and foundations. He has been a driving force for SCC’s annual fundraising gala since its inception in 2015.

Meanwhile, Jones originally joined SCC’s Board of Trustees in 2014. The Front House manager for Mica’s Restaurant & Pub in Sapphire, Jones is a member of the Jackson County Board of Commissioners. He is also the Jackson County representative on the Fontana Regional Library Board.

The new terms for Davidson and Jones will run through June of 2026.

For more information about Southwestern and the programs it offers, visit www.SouthwesternCC.edu, call 828.339.4000 or drop by your nearest SCC location.