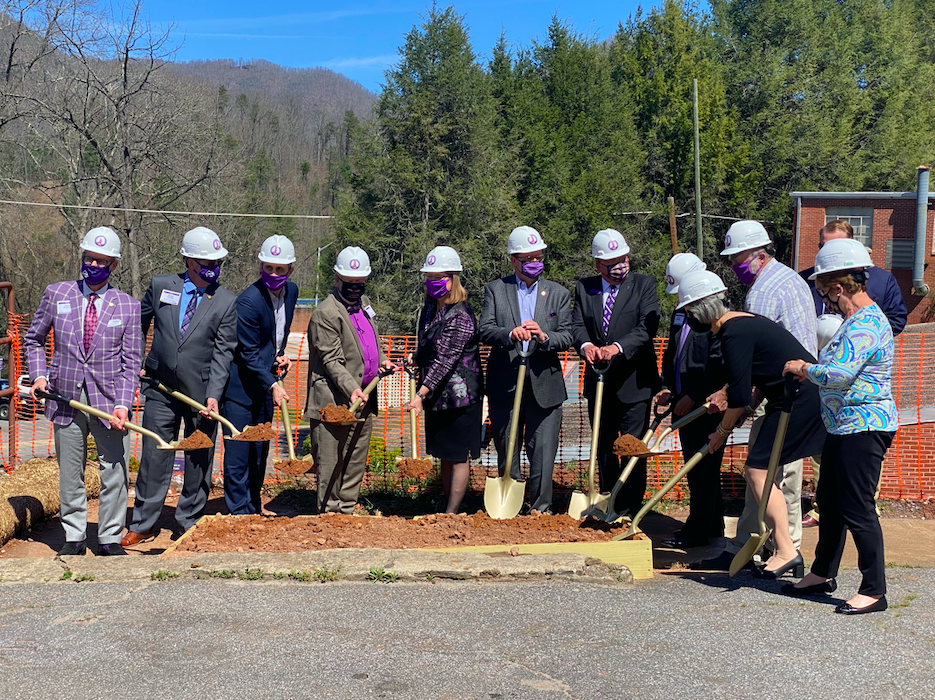 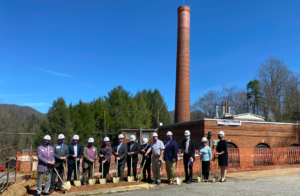 Leaders from across North Carolina gathered at Western Carolina University on Friday afternoon to celebrate the groundbreaking of a new electricity facility. The new facility will replace WCU’s current Steam Plant which was originally built in the 1920s.

The steam plant has the capacity of producing 97,000 pounds of steam per hour. On the coldest of days, the plant is operating at or near 100% capacity. The Steam Plant operates 24 hour per day 365 days per year, and has two miles of underground steam and condensate lines.

The power plant has been a top priority for WCU for the last decade, with funding being pieced mealed by the General Assembly over the last few years. With the enrollment growth that WCU has experienced in the past several years, the university in 2012 identified replacement of the steam plant with a more efficient and more reliable energy source as its No. 1 capital improvements project. The steam plant, which includes elements that are nearly 100 years old, supplies heat and hot water to most of campus.

WCU Chancellor Kelli R. Brown spoke to the work of WCU staff to keep the university’s water and power source operating for nearly a century.

“I think this is a day that many folks here never believed would actually happen,” Brown said. “The current steam plant behind me was completed in 1924 and has been our No. 1 capital improvement project priority since 2012. Think about that for just a moment, a critical infrastructure for the operation of our campus that is nearly a century old. Talk about bang for the buck.”

As part of the 2017 budget, state legislators appropriated $750,000 for WCU to begin planning and design of a replacement for the steam plant, with an initial installment of $16.5 million included in the state budget approved in 2018. The second $16.5 million installment was included in the 2020 legislative “mini-budget.” The funding for the replacement plant at WCU was the largest funded capital project in the state in the 2020 budget.

Late Chancellor David O. Belcher was a vocal advocate for securing funding to address what he characterized as “one of the most acute and critical infrastructure needs facing our campus – our antiquated steam plant.” He referred to it as “the steam museum.” 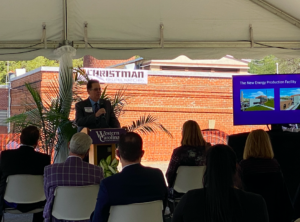 Senator Kevin Corbin attended the groundbreaking and spoke of a trip to see the Steam Plant with the Late Chancellor Belcher when he actually went inside of the boiler which was literally held together with duct tape.

“I am proud to be here today to see this project finally get underway,” Senator Corbin said. “Chancellor Belcher made replacing this facility a top priority and I can’t think of a better way to honor his contribution to WCU than to see it through.”

The existing steam plant will be maintained and kept in operation until the new facility is up and running in order to continue providing heat and hot water while the new plant is being built. The new energy production facility, like the current steam plant, will operate using natural gas, with No. 2 fuel oil as a backup source of power. Fuel storage tanks will be relocated to the rear of the new building.

The new facility will be a two-story structure, with boilers, piping, and a control room located at the top floor and water pumps, treatment equipment, and generators on the lower floor. While the new facility will have its own smokestack, the design will keep the current smokestack as a nod to university history.

It will also include a lobby and administrative offices. As a tribute to Chancellor Belcher and to honor his reference of the plant as a “museum” the new facility will inlcude space to display some of the old plant’s equipment including a steam whistle once used to signal the start and end of a workday, midday lunch break and, with a long continuous blast, special events or warnings.